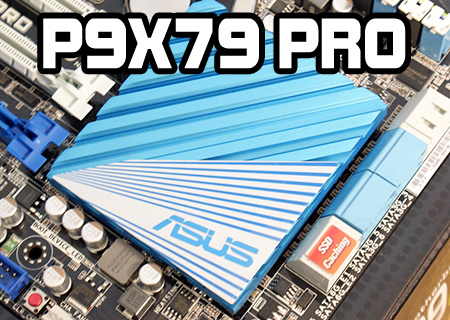 The second part of our X79 preview focuses on the P9X79 Pro. Considering that the vast majority of us haven't got the finances for something like the Rampage IV Extreme, nor the need for minute adjustments under sub-zero conditions. So the P9X79 Pro is likely to be the more popular choice.

The box is nothing if not bold, but it's the contents we're interested in. Luckily for you we're going to open the box so you aren't limited to peering through the plastic. 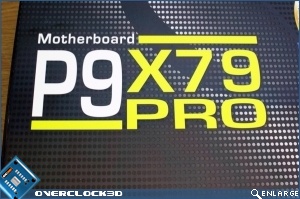 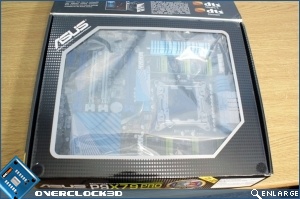 Rather than the black and red we're used to seeing from the Republic of Gamers branded items, this harks back to the standard ASUS colouring of blue and white. One thing that does surprise us is that there isn't a fan on this model which there was on the Rampage IV Extreme. This is probably due to the potential increased load from the higher overclocks of the Extreme when compared to the P9X79 Pro. Of course this is all supposition at the moment.

The PCI slot arrangement is slightly different to the Rampage. Flexibility is the key as one would expect on a board that will find its way into many varied systems. 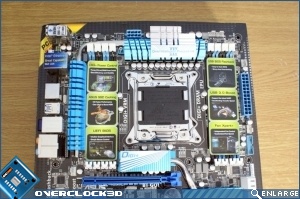 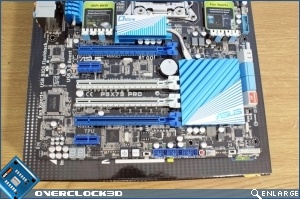 Despite this being a more mainstream board the heat-sinks have still had the design treatment and look gorgeous. It's nice to see those little touches like the matching powder-blue EPS12V connector. 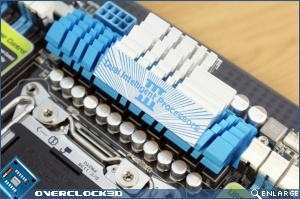 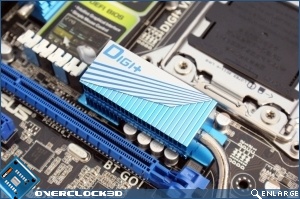 SieB
Bit anti climatic after the Rampage but still a good board non the less.

It's nice to see a X79 board with passive cooling on the southbridge as well, all the rest, the ones I have seen anyway, seem to have active cooling which is going create a bit of noise.Quote

Azurite
Quote:
Yeah the light blue isnt nice at all. Reminds me of the low end gigabyte boards. Asus should make some MB's in black.....Quote

Jambe
I don't give half a toot about the colors.

It looks like the Z68 Intel Rapid Storage Technology has made the leap to the X79.

I believe Asus cooked up its own caching scheme; they're calling it ASUS SSD Caching (shocking). So it's not Intel's RST stuff. At least, that's what tweaktown, legitreviews, pcper et al. are reporting.Quote
Reply