Last month we gave you a sneak preview of the first P55 motherboard (see HERE). At that time we were restricted on what we could tell you but now the NDA has passed we can reveal, in full, the performance figures the board managed and compare this to both an i7 setup and a test rig based on AMD's AM3 architecture, all from Asus. This should give you all the best possible, informed choice on where your money should go.
All three architectures will require a new CPU be it i5, i7 or AM3 and as all three architectures take advantage of DDR3 you are most likely going to need a new DDR3 kit, especially if you wish to take advantage of i7's triple channel. As each kit utilises a different memory configuration, the memory results will be a little skewed but for all intents and purposes this will be a stock vs stock vs stock comparison.
A new CPU is born in the Intel i5. While specifications are still sketchy at present with the only concrete information available on Intel's blog site. These new processors will be replacing the Core2Quad CPU's and will come in three guises with prices ranging from $200 to around $500 for the range topping model. Unlike the Skt775 models they replace, the new range have 1156 contacts and are incompatible with both Skt775 and Skt1366. This further change in socket size has brought a lot of resentment from the enthusiasts who will now have to purchase yet a new motherboard to take advantage of this new CPU. Those who were waiting for a cheap upgrade path that allows upgradability to i7 will certainly be disappointed as unlike the P45/X48 range of boards which were both Skt775, this is a totally redesigned socket which will not allow cross compatibility. 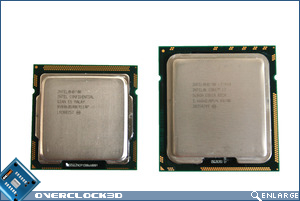 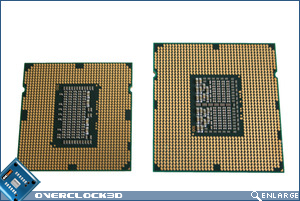 The new i5 CPU is in it's most basic form simply a trimmed down version of it's bigger i7 brother. The triple channel DDR3 controller of the i7 is replaced with the dual channel controller of the i5. Both CPU's still feature 4 x86 cores and both support hyper-threading while retaining 8MB of L3 cache. The i5 will also support Intel's Turboboost Technology which will raise the stock clockspeeds of 2.66GHz, 2.8GHz and 2.93GHz to 3.2, 3.46 and 3.6GHz respectively. 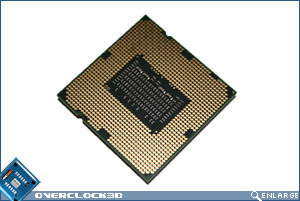 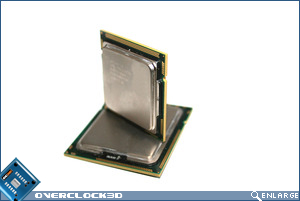 What is interesting (and this is pure speculation on my part) will be the date by which Intel roll out there new 32nm architecture. Hopefully this will not mean a further Skt change as Intel will be playing into the hands of AMD by upsetting those of us who do not have the access to the GDP of a third world country. With AMD gaining speed it remains to be seen what Intel's long term plans are but if the recent spate of socket changes are anything to go by, Intel would do well to refrain from any further socket refreshes for a while.
Well that's a brief overview of the new technology, so without further a do, let's take a look at specifications of the first motherboard we have gotten our grubby little hands on.
Specification
The following specification is subject to change as the board we have at present is an engineering sample and not the full retail product:
Those keen eyed among you will notice that a major innovation the motherboard has is the introduction SATA 6G.  However, rumours are that Asus, along with other major manufacturers have found problems regarding the on-board Marvel chip (88SE9123) which controls the new format. This problem is serious enough for Asus to pull the chips from all of their motherboards. I'm sure the R&D departments of both Asus and Marvel have been royally slapped around the research labs for this error but it is nice to know the guys have identified the problem now, rather than upon release. The good news is that the problem is NOT with the SATA controller but the legacy PATA functionality and should be rectified by tweaking the new controller. The bad news is that the motherboard I have in my hands is not the full retail offering from Asus and as such there will likely be a few minor tweaks before release, not least the omission SATA 6G.
Let's take a look at the motherboard in closer detail...
«Prev 1 2 3 4 5 6 7 8 9 10 11 12 Next»

Rastalovich
Hmmm. Needing some more details on the 6g sata situation as it unfolds.

According to the hdtach in the review, the controller used appears nothing to write home about.

8x - 8x won't make some people happy. Couldn't care less about that myself.

An opinion on the VIA HD sound would be interesting.

In all, being the launch of a new socket and all, not much impressing me here.

Rumor had it Gigabyte had sorted something out with the marvell and it would appear ASRock are supplying pcie cards for it.Quote

It won't be long before we see full 6G support and I agree, the ommision of USB 3.0 is disappointing. Let's hope the 2nd round of boards have these features fully supported.Quote

Nice review, but would like to know more detail about memory overclocking performance, such as the highest clock or required voltage, instead of only bandwidth testing.Quote

Freak
"and this is pure speculation my part" shouldnt there be an on in there?

how long till it gets released?Quote