The Board
Unlike the higher-end E-ATX based Rampage II Extreme, the P6T Deluxe is thankfully still standard ATX sized and as such will have no problems fitting in the average midi-tower sized chassis. This does however have the side-effect of making the board look slightly cluttered, although ASUS need to be commended for avoiding issues such as the DDR3 slots being squashed up against the primary PCI-E slot or oversized capacitors hindering the use of certain Air/Water cooling solutions. 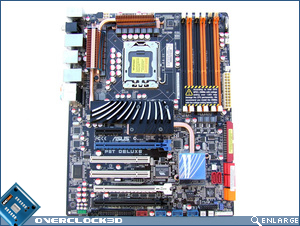 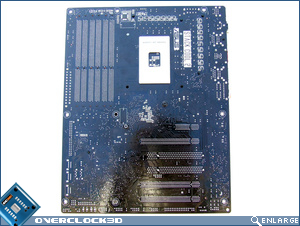 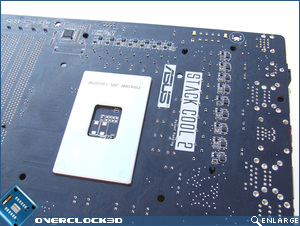 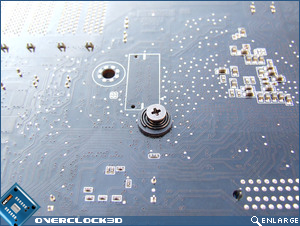 The back of the board features ASUS' "Stack Cool 2" system which essentially acts as a PCB heatspreader along with screw fixings for the Northbridge cooler and a solid metal back plate attached to the LGA1366 socket to help prevent warping of the board. Unfortunately ASUS haven't used screw fixings for the mosfet or Southbridge cooling, but this is only a minor gripe considering neither coolers are heavy enough to cause any real issues. 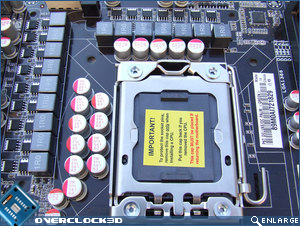 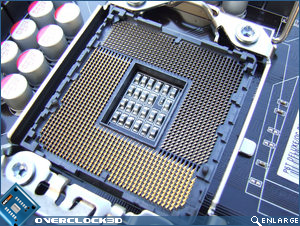 Taking into account both the size of the LGA1366 socket and the 16 chokes situated around the socket in a 9 + 7 configuration, the socket area is fairly clear of obstructions. Obviously those who dabble in sub-zero cooling and would be looking to insulate the board from condensation will probably disagree, but without moving to a Digital PWM "a la DFI", there really is very little that could be done to make the layout any better. 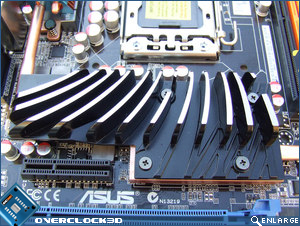 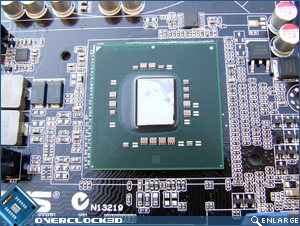 Unlike the X38 and X48 chipsets, the X58 isn't fitted with an IHS (Integrated Heat Spreader). This combined with the two-pin mounting hole system of the Northbridge leaves the X58's core wide open to being "nibbled" by aftermarket cooling solutions that may not mount flatly on the cores surface. Fortunately ASUS have enabled the black aluminium heatsink mounted on top of the heatpipe cooling system to be removed, leaving behind a flat copper plate for mounting any aftermarket cooling to (in theory). 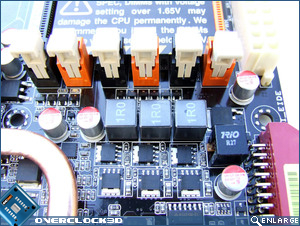 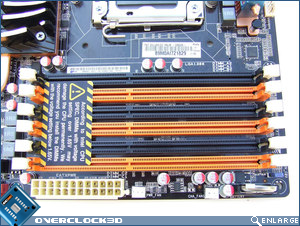 Powering the six DDR3 slots is a three phase PWM system similar to that used on the P5E3 Premium. However, as the sticker emblazoned across the DDR3 slots so rightly points out, setting the DDR3 voltage above 1.65v can cause serious damage to the CPU (indicating some truth to the recent reports) and therefore only DDR3 modules that can operate with 1.65v or lower should be used on the board.
In addition to this the board also features an "OV_CPU" jumper that opens up additional (dangerous?) voltage selection options for CPU in the BIOS. This was the very jumper that caused me to put 1.9v through a QX9650 on the P5E3 only a few months back, so exercise caution before enabling it on your shiny new Nehalem. 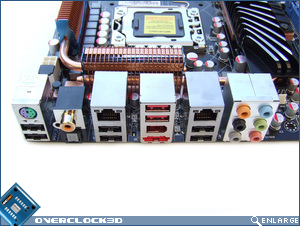 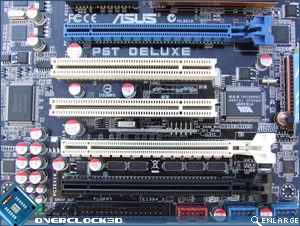 The I/O area at the back of the board is fully featured with a total of eight USB ports, two NIC's, an eSATA port, an IEE1394 port, a PS2 port (than can be used for either a mouse or keyboard) and a Six Channel Audio system with Coax and Digital connectors. This is in line with most of ASUS' recent motherboards, barring the RoG series that ditch the onboard audio in favour of an add-in card.
Moving on to the internal slots we can see that ASUS have opted for three physical PCIe 16x slots, one PCIe 1x slot and two PCI slots. The layout of these slots is configured in such a way that should you utilise two graphics cards in SLI or Crossfire configurations (with dual slot coolers), you will still be left with access to a single PCI slot and PCIe 1x slot. Disappointingly, the PCIe layout is such that triple SLI/Crossfire will be an impossibility with dual slot graphics cards. 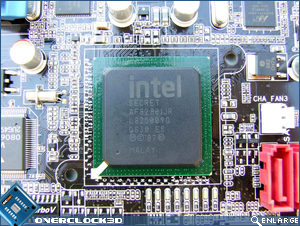 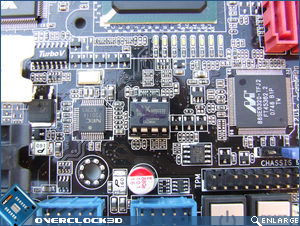 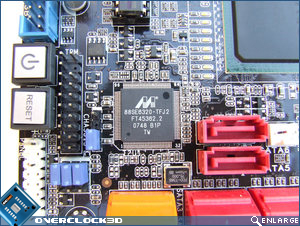 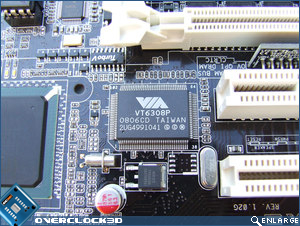 Finally a closer look at some of the smaller components on the board reveal an engineering sample ICH10R Southbridge controller marked "Intel Secret", a Marvell 88SE6320 SAS controller (supporting 2 x SAS devices in RAID 0 and 1 configuration ) and a VIA Fire IIM VT6308P/S 1394 Host Controller for Firewire. All in all, an extremely respectable line-up.
Let's take a look at the BIOS options available on the P6T Deluxe...
«Prev 1 2 3 4 5 6 7 8 9 10 11 12 13 Next»