Packaging & Contents
The P6T Deluxe is presented in a rather huge blue box that easily equals the size of two standard motherboard boxes stacked atop of each other. This is quite unusual for a non-RoG (Republic of Gamers) motherboard, which are normally only treated to a standard sized box with very little in the way of protection. 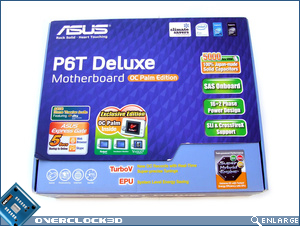 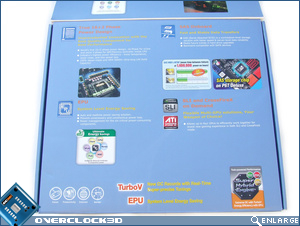 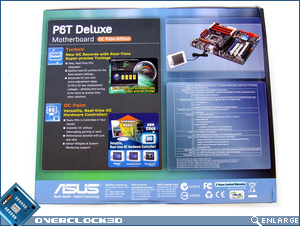 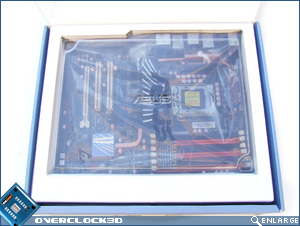 The front of the box features a fairly basic blue pyramid style background adorned with various specification stickers detailing the main highlights of the board. However, in true ASUS style, the front of the box is but merely a gateway into further information  where ASUS have placed detailed descriptions for all of the boards features underneath a cardboard flap.
Opening up the box we can also see the reasoning behind the XXL packaging. Unlike a lot of ASUS's P5 series, the P6T is separated from the accessories compartment by a cardboard inner-box complete with a clear plastic lid. This should certainly go a long way to keeping the motherboard safe during shipping, even if dropped. 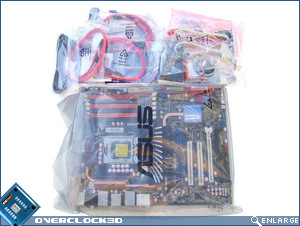 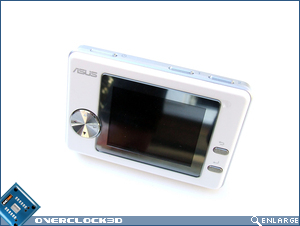 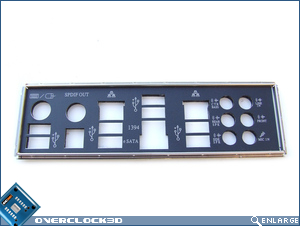 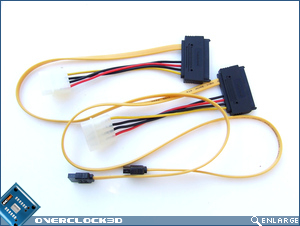 Contained within the accessories box is the usual collection of SATA and IDE cables along with ASUS' padded "Q-Shield" I/O plate, the TurboV LCD display, a Q-Fan and two additional SATA cables that provide a more robust connection by combining the SATA data and power headers together. Granted there's nothing overly exciting, but still more than some manufacturers provide.

One section of the accessories which is most welcome is the re-introduction of the 'Screen Duo',  now re-branded 'OC Palm'. While at first glance it may look pretty innocuous, after firing up the motherboard board and installing the driver for this little gadget, it becomes all too apparent where that extra £30 went. Gone are the endless reboots to enter BIOS settings to change voltages and frequencies, this little baby will allow you to change the key voltage and frequency settings on the fly. Best of all it actually works! Here are a few snaps of the OC Palm in action and the settings available: 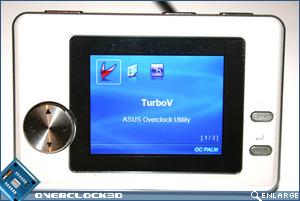 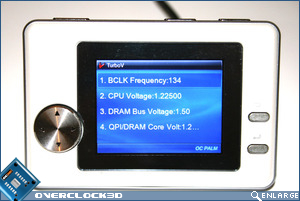 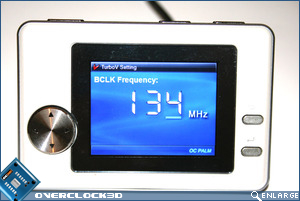 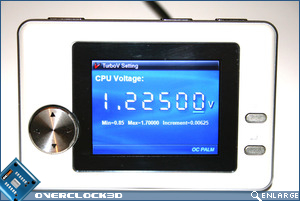 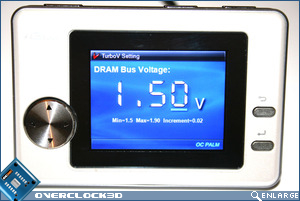 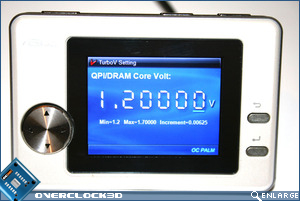 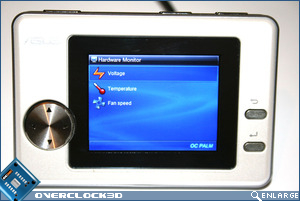 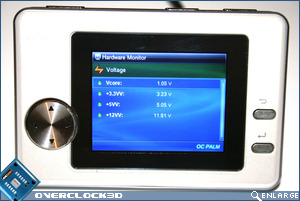 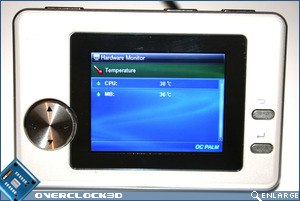 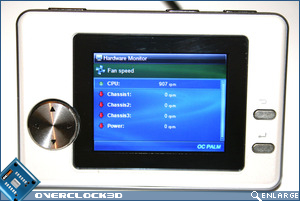 I tried a changing a few basic adjustments such as Vcore, Bclk frequency and low and behold, CPU-Z reported the changes instantly! Not only that but your valuable new hardware can also be monitored with the push of a button thanks to the hardware monitor. The screen was easy to use, self explanatory and pleasing to the eye. The Screen Duo of old, while a novel idea, didn't really add anything useful to the motherboard and was merely a gadget, nothing more. The OC palm on the other hand is already a useful addition and could possibly become a mainstay for every motherboard in the future in one format or another, such is its usefullness. It is rare to see such bright ideas and innovations in what has recently been a fairly stagnated PC market so a big thumbs up to Asus for succumbing to the enthusiasts needs.
So then, an impressive start for the new Asus motherboard, speaking of which, let's take a look at the main feature of the package, the motherboard itself...
«Prev 1 2 3 4 5 6 7 8 9 10 11 12 13 Next»