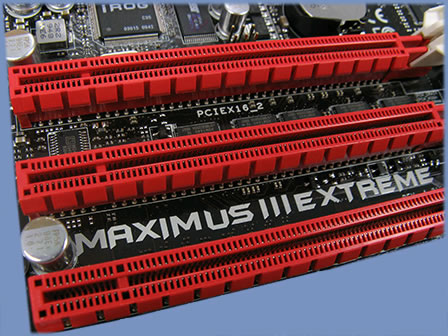 Motherboards have changed drastically in their role over the years. What started off as an almost secondary item available in one or two variants quickly became a component that had more versions that anyone could count. The time around the Pentium 3 and AMD Thunderbirds were especially rife with multiple chipset types, socket variations and other tweaks that it definitely lead to the long-held belief that PC hardware is so varied that almost no two machines are alike.

Time has naturally moved on during the era of the 775 socket chipsets and their motherboards became much more standardised until we reach, at least on the Intel side, the situation we’re in today in that there are only two major chipsets available and much of the motherboard duties have been offloaded onto the processor.

Of course this is still a business and so companies still need to provide variations. Much like the automotive industry this has meant that your basic board has split into three main types, the budget no-frills version, the mainstream version, and the high-end premium price models. As over-clocking has become a much more competitive the premium models are either luxury bullet-proof ones designed for 24/7 usage or highly overclockable models for the world-record hunters.

ASUS  produce a wide range of motherboards to suit all pockets, and today we are taking a look at their top-end P55 model, the ASUS Maximus III Extreme.

I'm sure you've noticed the plethora of pictures appearing of this motherboard throughout the week. Unlike everyone else we aren't giving you stock photographs disguised as our own, or even trying to cobble together some preview to have some pretend "first". Here at OC3D we promise little and deliver in spades. So welcome to the review of the ASUS Maximus III Extreme.

The Maximus cognomen will be well known among those of you who followed the motherboard trends. The original Maximus was based around the X38 chipset, the Maximus II utilised the insanely popular P45 chipset, and sticking to the winning formula of combining all the ASUS bells and whistles with a mature Intel chipset, the Maximus III uses the LGA1156 based P55.

As with the rest of the ASUS boards that have a name rather than merely a code, the Maximus III is available in three variants, the uATX Gene, the slightly more cost-effective Formula, and todays test motherboard, the full fat Extreme.

Normally at this point we list off the technical specifications from the manufacturers website, but the Maximus III Extreme is part of the Republic of Gamers series of components. As such the list of specifications and features is so huge that it deserves a page all to itself.

So move on, and let’s see what we can expect to discover.

cl0ck_ed
Still can't see how anybody could justify buying this when x58 mobo's are about the same price and the 920's are cheaper than 860's.Quote

VonBlade
Because you're getting LOADS more motherboard for the same price, the 1156s clock much easier than the X58 stuff, dual channel is naturally a lot cheaper and, if hyper-threading isn't important to you, a i5 750 is way cheaper than a 920. Yes the X58 is amazing. But the P55 is much better value.

This Maximus III is a mental amount of motherboard. The serious contender for it in X58 terms is the Quad Classified. And if you're trying to say they're the same money....Quote

You bring value into the discussion but anyone buying p55 has a lower budget and will therefore buy the 750. People on higher budgets will more than likely get the x58 based system that will support the 6 core 32nm cpus that will be shortly released.

People that have funds for a tri/quad sli/xfire system will have enough for the classified.Quote
Reply