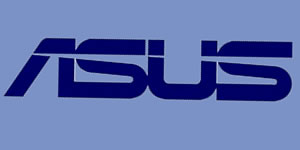 It wasn't so long ago that the mATX motherboard was deemed only acceptable for use inside HTPC setups or budget builds. Most came with shoddy low-end integrated graphics and nasty on-board sound chips and no enthusiast in their right minds would consider going anywhere near one. However, on the 27th February 2009 ASUS shocked us all. By splicing the features of their high-end Republic of Gamers Rampage II motherboard along the standard mATX form factor, the first ever performance i7 X58 mATX motherboard was born. Named the ASUS RoG Rampage II Gene, the board was received well by both enthusiasts and the press. Not only did it possess all the features of it's larger ATX counterpart but it was also more affordable, better at overclocking and took the lead in many benchmarks.
But why should the i7 crowd get all the fun?
Although good old Socket 775 has been receiving a lot less attention recently, it is still very much one of the top choices for enthusiasts who don't want to shell out on an expensive i7 setup. After all CPU's such as the E8400 and E7200 are cheap as chips (no pun!) these days and punch well above their weight when overclocked. In fact, its almost hard to believe that the last S775 motherboard reviewed here on Overclock3D was almost a year ago! ASUS however, aren't so keen to let the Core 2 series die just yet and recently announced a new member of their 'Gene' pool, the Maximus II Gene. Today we're going to be putting this board through its paces, but first the specs:
CPU
Intel® Socket 775 Core™2 Quad/Core™2 Extreme/Core™2 Duo/Pentium® dual-core/Celeron® dual-core / Celeron® Processors Support Intel® 45nm Multi-Core CPU
* Refer to www.asus.com for Intel CPU support list


Powered by an P45/ICH10R chipset combo the Maximus II Gene has official support for DDR2-1300 memory, Crossfire (albeit at 8x8x) and RAID 0/1/5/10 via the six SATA-II ports. Sound is provided via an on-board version of ASUS' SupremeFX X-Fi which is capable of EAX4.0 and many other X-Fi features, but mostly by software emulation. Other features common only to the ASUS RoG series are also plentiful with 8-Phase CPU power circuitry, 2-Phase DRAM and NB power, Voltminder LED, Onboard swiches and a whole host of other goodies. But before I give the game away let's move on to the next page and take a proper look at the board....
«Prev 1 2 3 4 5 6 7 8 9 10 Next»

Ghosthud1
wow that was weird i was just looking at this board on scan thinking about getting one, thanks for teh review

JN
No probs. TBH I REALLY like this board. SO much I'm tempted to buy one and build an 'uber htpc'.Quote

Ghosthud1
lololol just what im thinking mate,and also what shal i do? either wait for a p55 matx board or just get this one?Quote

Ham
Jim, you have officially ruined my plan for payday.

Great review, looks to be an awesome board!Quote

maxw
wow - I didn't realise this one was coming out!

It looks a lot better (aesthetically) than the DFI equivalent, so I may well get one.

Thanks for the brilliant review Jim!