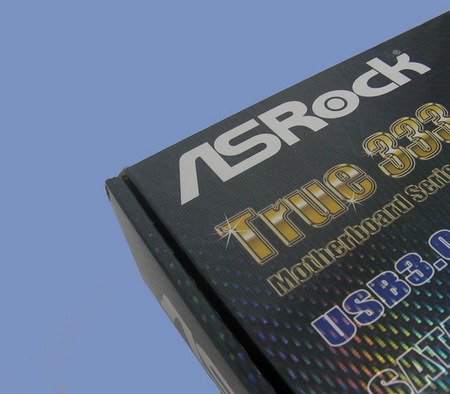 Asrock provide a few nice utilities with the Extreme3.

We'll start with easily the most startling. When looking through the bumpf for the Extreme3 we saw that there is an Instant Boot that promises to boot your PC in under 10 seconds. To Windows no less. No Linux distro's here. With great skepticism it was installed and, sure enough, when we saw that you have to keep the AC Power on our minds instantly flashed to Suspend mode. Now that's all well and good if you don't mind your fans whirring away, but that isn't instant boot.

However, and it's a 10 story however, it isn't that at all. Oh no sirree. You install the program, click Fast Mode, turn your PC off via the shutdown command. It shuts down, reboots and shuts down again. Once off it is as off as if you'd shut it down any other time. No lights, no fans. Basically a PC that happens to be plugged in, like they pretty much always are.

But upon hitting the power button magical things occured. I'm sure you're all aware that sometimes your monitor can be slower to power on than your POST screen, which makes diagnosing things difficult. With Asrock Instant Boot by the time my monitor had given me a picture I was at the Windows desktop and ready to go.

Before the naysayers proclaim it's a fanless version of suspend mode, I left a few applications open that would, in suspend mode, reappear. But nope. It's just a stupidly fast boot. Incredibly impressive. 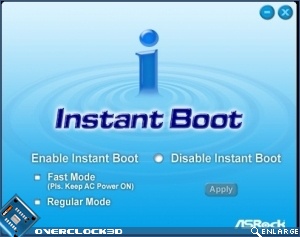 So impressive you need a graph to understand it. These timings are the average of five runs. The time is recorded from the pressing of the power button, to a text document saved in the startup folder, appearing on screen. So this is cold boot, to fully operational Windows 7 desktop.

Feel free to pick your jaws up off the floor. The best thing is, there is no caveat here. No "but". Brilliant.

OC DNA is much less impressive, but useful if you need to share your own settings with people. You can save and load from the three banks of save-slots within the BIOS, which could be useful for those of you who want to setup a swathe of PCs at once, or share that major overclock with your friends. 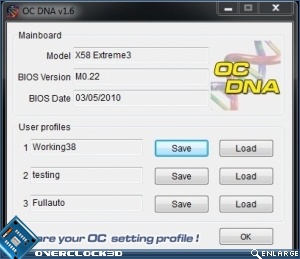 The OC Tuner is a fairly standard overclock and monitoring utility. The good part is that it's always easier to push your system hard once you've past the POST and Windows loadup. The bad part is there is no way to actually check you've got a stable overclock from within the utility. Because applying the changes freezes everything for a few seconds, sometimes you hit apply, freeze, and off you go. Sometimes you hit it and freeze and wait. And wait.

The "level"s of the fans appears to be roughly in 10% lumps. A quick glance at the speed of the NB fan, taken with the size of it as seen on the previous page, should give you an idea of how loud it is. 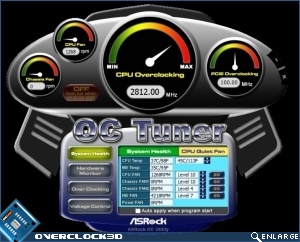 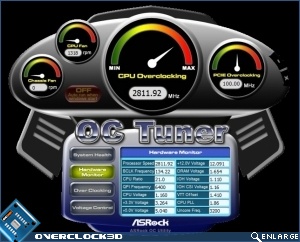 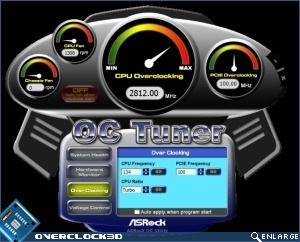 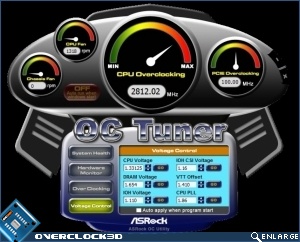 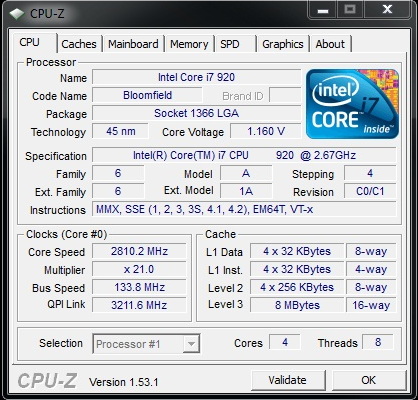 Overclocking on the Asrock Extreme3 was a fairly simple affair to begin with, but with a few curious quirks.

Firstly we tested all the in-built overclock settings and our C stepping i7 920 managed 20x200 fairly happily with lowered RAM speeds. Moving the RAM towards its rated 2000MHz speed however quickly saw much locking up of the system.

Backing off a little to 190 and increasing the multiplier to 21 gave us the 4GHz we required and allowed us to hit 1900MHz on the RAM. Something it was happy to run all of our tests in without a hitch.

The main quirks are that the motherboard was absolutely unable to hold 200BCLK with the RAM set to its rated speed. Even with insane amounts of voltage running through the QPI it just wouldn't hold fast. There also appear to be some settings of BCLK it just doesn't like. Before achieving stability at just over 4GHz it was stuck at 3.9 for ages and nothing we tried would get it stable. It seems to like either 200BCLK, or 190, but not much inbetween. 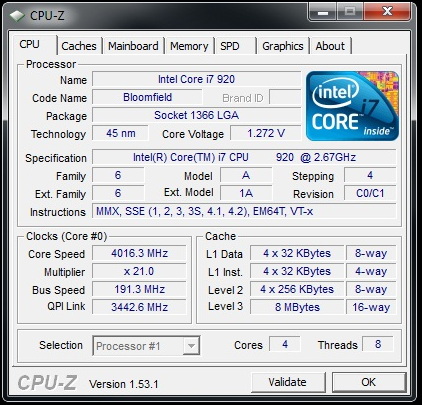 Anyway our final overclock was 4016MHz on the CPU and 1900MHz on the DDR3. Not too bad at all despite it needing pretty heavy volts to get there. Certainly we wouldn't want to run this 24/7 at these settings.