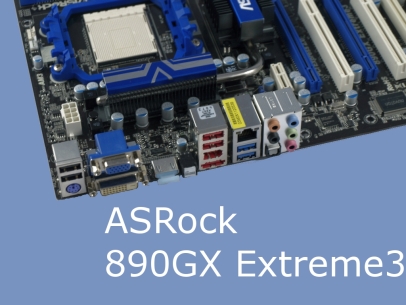 ASRock are a brand that you don’t tend to see here at Overclock3D very much. Founded in 2002 as the budget arm of Asus many of the motherboards sold were sub £50 no frills efforts that were not made to break records but merely just to “get the job done”. Aside a couple of Frankenstein products such as the popular AGP and PCI-Express compliant ASrock 939Dual SATA2, this was pretty much what ASRock was about. Times do change though and they certainly did for this low cost child.

From 2007, ASRock saw great levels of growth most notably from it’s independent floatation on the Taiwan stock exchange and dare I say it, has also meant multiple attempts at breaking into the performance sector of DIY systems. Today we will be looking at ASRock’s latest attempt; the 890GX Extreme3.

We tend to raise an eyebrow when the word “Extreme” is used overzealously. Perhaps we live in a world of exaggeration but Extreme is most certainly a word that describes something to the “furthest degree” and no less. It’s very much akin to today’s vehicle market, which is now flooded with cars with aggressive lines, huge wheels, bright lights and you guessed it... an underpowered diesel engine. That’s right, you in the BMW 116D M-Sport. There is nothing “Motor-Sport” about your £20,000 oil burning hatchback.

To the point, what I’m referring to is the terrible amount of “all show and no go” in a number of consumer industries today. Is the ASRock 890GX Extreme3 just another case of this or has it got what it takes to really impress us? Without prejudice, we will put the board through it’s paces but first, here’s a more comprehensive specification list to digest.