When AMD released their Ryzen architecture they caused an upheaval in CPU market in terms of pricing. AMD offered eight powerful CPU cores at a price that was previously unheard of, with their flagship releasing for £449 while Intel's Broadwell-E 8-core, the i7 6900K cost around £1000.
Ryzen has forced Intel to decrease the price of their new Skylake-X series CPUs and has allowed PC builders to get more value than ever before in the high-end CPU market. Thanks to AMD competition has returned to the desktop CPU market.
AMD has now informed us of a new Ryzen offer that will be available to the UK's PC builders until the night of September 25th, allowing buyers to get a Ryzen 7 1700X CPU for £289.99, which is a £30-40 price reduction. This offer starts today and will be available for a total of two weeks. 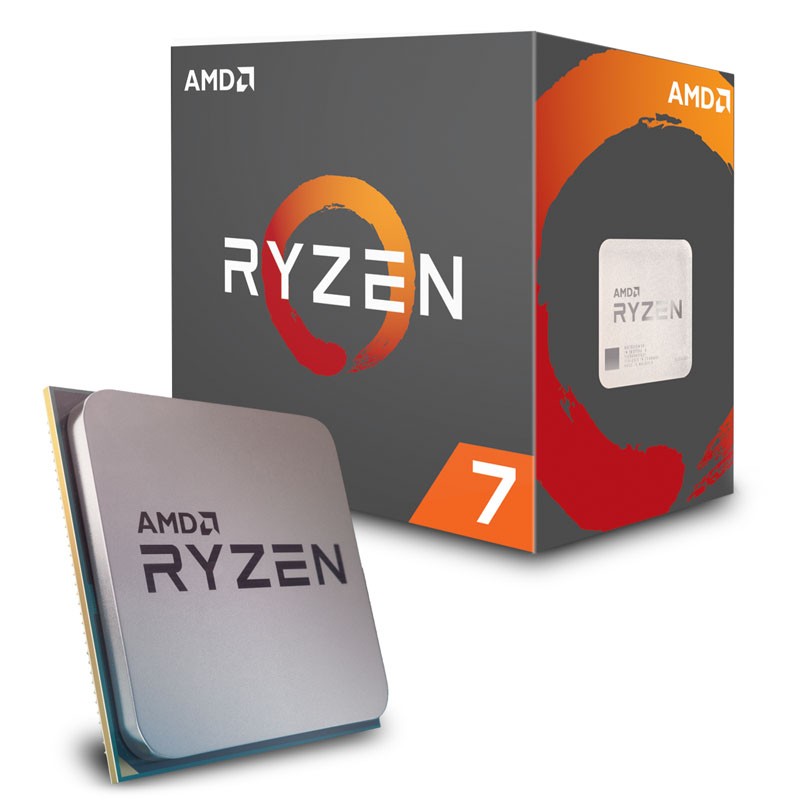 This offer will be for an unlimited quantity of CPUs, so users should not fear any potential pricing changes until September 26th.

At the time of writing AMD is offering free copies of Quake Champions with every purchase of a Ryzen 5 or 7 CPU. This game costs £19.99 on Steam, adding some additional value to any new CPU purchases.

Our performance analysis of Quake Champions' Early Access version can be read here.

The price of Ryzen 7 has been decreasing in the UK

Over time, the prices of many of AMD's Ryzen 7 CPUs have decreased in the UK, with this current offer reducing the price of AMD's Ryzen 7 1700X by around £80 when compared to the same CPU's pricing in July. Even this CPU's standard price of £319.99 this offer gives AMD buyers a £30 price decrease.

Since the launch of AMD's Ryzen 7 series of CPUs, we have said that the Ryzen 7 1700 offers the best value for money, given the similar overclockability of the entire Ryzen 7 lineup.

If you are keeping your CPU at stock clock speeds the Ryzen 7 1700X now offers the most value for money, but those who enjoy tinkering with their systems will easily be able to get a Ryzen 7 1700 to clock past 1700X speeds when used with an overclocking ready motherboard.

One other factor that needs to be considered is that the Ryzen 7 1700 also ships with a stock cooler, the Wraith Spire. The 1700X will require the purchaser to buy an aftermarket CPU cooler, regardless of whether or not they plan on running the CPU at stock or overclocked.

If you plan on overclocking our advice is to still go for AMD's R7 1700 CPU, as the users will save a little bit of money, get a great stock cooling solution (it is useful to have a spare cooler) and have a similar overclocking experience. The R7 1700 is still the best buy for those that enjoy tinkering with their systems.

Those what simply want to run their system at AMD's stock clock speeds should buy the R7 1700X, as it offers higher stock clock speeds with a minimal increase in price. The lack of a stock cooler here is unfortunate, but even affordable aftermarket CPU coolers can handle Ryzen at stock with relative ease.

For those interested in the cooling requirements of AMD's Ryzen 5 and 7 CPUs should look at our Ryzen CPU cooling roundup here.

Since the launch of Ryzen AMD has worked tirelessly to improve their latest CPU designs further, with new AGESA code with motherboard BIOS updates, collaboration with software developers to improve application performance with their new architecture and the release of more Ryzen-based products to address both the ultra-high-end and budget-oriented ends of the PC market.

This price decrease for the Ryzen 7 1700X places it well below Intel's i7 7700K and below Intel's X299 6-core i7 7800X. This marks AMD as a price-to-performance champion right now and makes Intel's CPUs seem like bad value for heavily multi-threaded tasks.

Combine this with AMD's Quake Champions promotion and the Ryzen 7 1700X offers an amazing value proposition, though that doesn't mean that the lower end R7 1700 is any less attractive to overclockers.

In the UK, this promotion will be available at Overclockers UK and Scan

You can join the discussion on AMD's limited time Ryzen 7 1700X price reduction on the OC3D Forums.

AlienALX
hahaha. £289 for an 8 core soldered beast WITH a cooler.Quote

AlienALX
Quote:
Cracking pic to use for the article then


This is amazing value. I could go for this over the 1600X and have beastly performance. It would completely wasted on me, but still.