AMD could be forgiven for deciding that what they really want is some resting on their laurels (and their hardys). After all, the Ryzen launch wasn't all that long ago and, if you'll forgive a little metaphor, really led to a new sunrise in the land of AMD. That was quickly proven not to be a false dawn but an actual one with the 2nd generation of Ryzen CPUs proving to be neck and neck with their Intel counterparts. We'd barely hunted for our sunglasses - we did warn you it's a tortured metaphor - when the 3rd Generation appeared and absolutely dazzled us with its performance and price point. The Ryzen 9 3950X is still an absolute beast. Why not just lay back and enjoy the sunshine?

Instead, AMD has been busy beavering away, ignoring the world shutting down for a bit, and have given us the kind of sun that only 'mad dogs and Englishmen' go out in, with the next iteration of their Ryzen CPUs, this time based upon the Zen 3 architecture. As if the Ryzen 3000 series wasn't fast enough we now how the 5000 series here, and in a very brief moment, we'll have a whole new set of graphics cards too. The Sunnyvale company - see that metaphor wasn't as pointless as you might have believed - have definitely been doing their best to stamp their authority on the hardware market.

We have a lot to get through, so grab a beverage and a comfortable seat and let's get down to business.

Although there are four new CPUs as part of the Ryzen 4th Generation/Zen 3 Architecture release we've only got the big two for review today, but the others will be coming for your delectation soon. However, 12 and 16 core CPUs at the price point of the newest Ryzen 9s is something we couldn't resist, particularly given how popular and powerful the 2nd Generation Ryzen 9s proved to be. 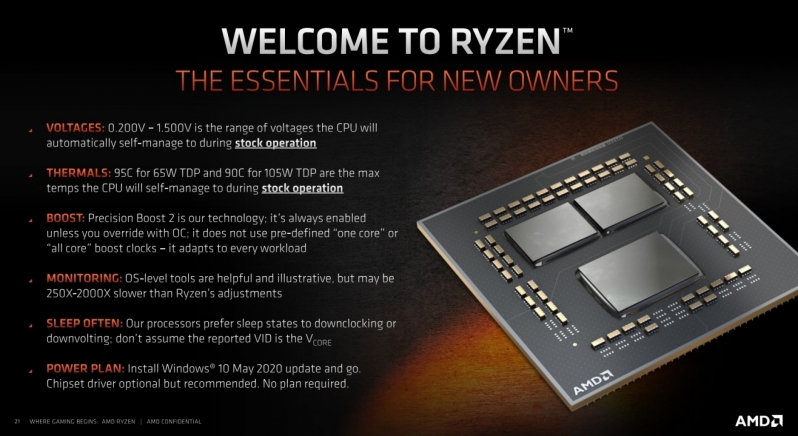 Finances are always a relative thing. What is affordable to one person isn't to another. That's a large reason why we'll have no truck with those who do the "well it's just the price of a coffee" argument to justify the expense of something. With all that being said, it's difficult to come away from the pricing of the 4th Generation of Ryzen CPUs with anything other than an eagerness to check your bank balance. 16C/32T CPU, that pushes towards 5 GHz, for under £800. AMD have always been famed for their pricing, but now we have price and performance. 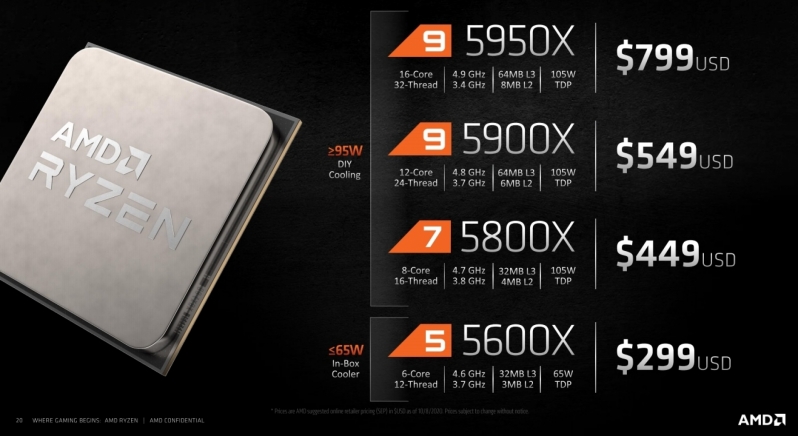 Is that pun still OK to use? We should have reserved it for now.Quote

Greenback
Well those results were pleasing to the eye, though I question the price of the 5800x over the 5900x, I'd think it would put a no brainer to go with the 5900x for the extra $100Quote
Reply