The first of our two CPUs up for review today is the one that will bring the most attention and probably shows the clearest example of the AMD methodology. With 12 Cores (!) and 24 threads on a desktop CPU, but not requiring the behind the scenes fettling in software to give good gaming performance we saw from the Threadripper processors, it certainly grabs your attention straight away. Once you include a considerable boost clock speed of 4.6 GHz, and that's 4.6 GHz across all twelve cores, not some show-pony 1 core effort, there should be ample performance for the needs of almost everyone. 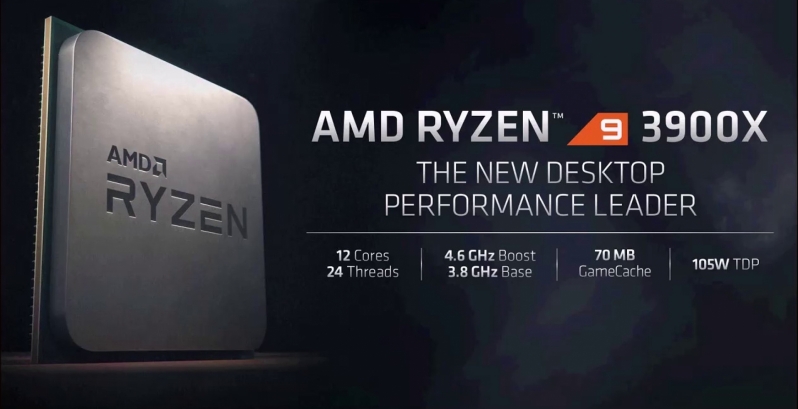 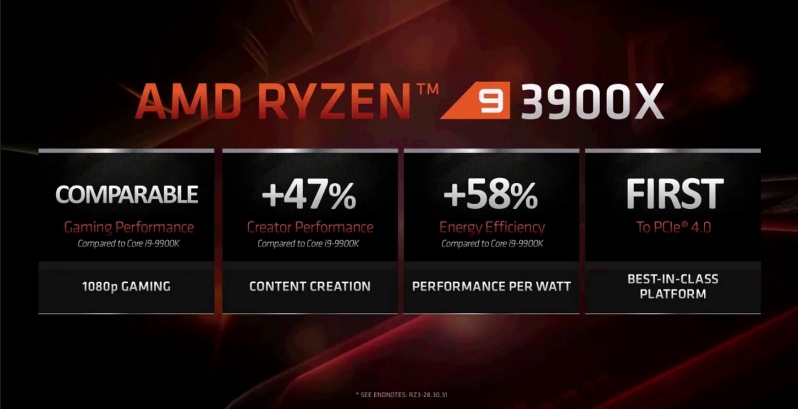 One area AMD have been a little weak in recent times is the power efficiency of their hardware. Generally it's been a rule that for the same performance they require a bit more power than the competition. If you've already read our Radeon Navi RX 5700 review you'll know how they have most definitely solved that with the introduction of the 7nm process and if the graph below is to be believed then that state of affairs is also true of their 3rd Generation Ryzen processors. We'll find out soon enough. 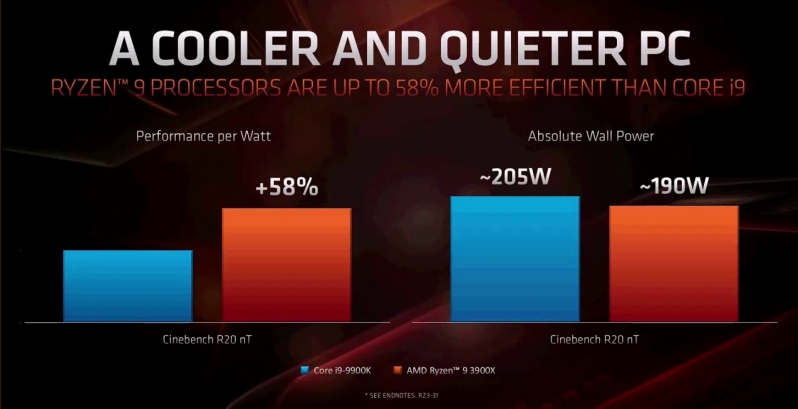 We don't think it's a particular shock that if you throw more cores and threads at a creation problem then, all things being equal, you'll get a faster result. The Ryzen 9 3900X has more cores and threads than the Core i9-9900K and yet at a similar clock speed, so naturally it should be better at these creation tasks. It might be something you believe doesn't affect you, but with the rise of streaming and creating videos for Youtube even the average person does more encoding and decoding than they might think, so any benefit is going to lead to a smoother daily use experience. 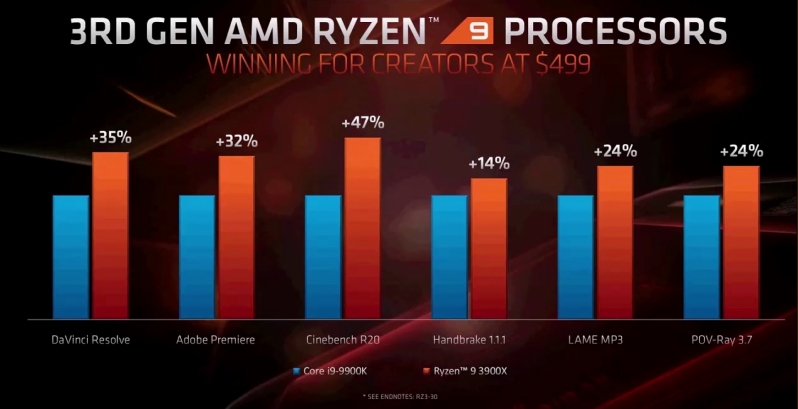 We've spoken about how AMD don't pretend their hardware can do anything more than it can, and with the 3rd Generation of Ryzen they are open and honest about how they match Intel. They don't better it. Sometimes they are ahead, sometimes behind, but generally in the race. Given how one of the weak spots of Ryzen has been the relative gaming abilities when compared to Intel it's hopeful that this rough patch has been smoothed out. 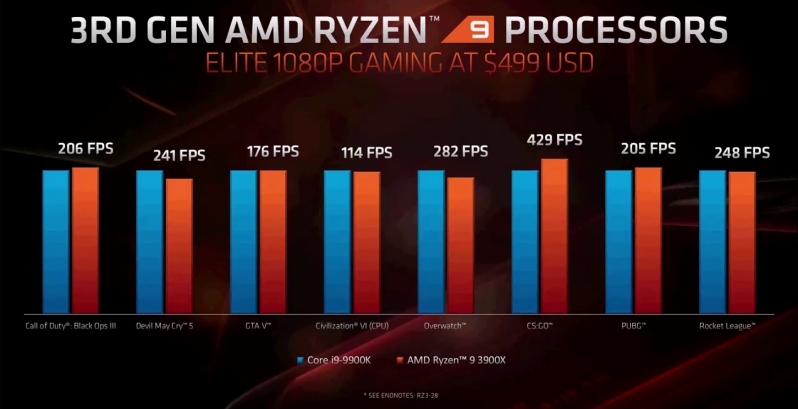