For those of you who are fairly new to these hallowed halls known as OC3D, let's bring you up to speed. The team here all started with AMD systems. Whether it was the Thunderbird, the first processor to break the 1GHz barrier, or the famous Barton cored overclocking behemoths, or even the simplicity of the Socket 939 4400+, all of us cut our teeth on AMD systems. They had the perfect combination of performance and affordability. In fact, compared to the big business Intel Pentium offerings they felt like rebels. With those early Intel Pentiums it was a very businesslike model, all about being able to use dBase or Lotus with more efficiency, whereas AMD were like rock stars. Here is a processor that goes like a bat out of hell and doesn't cost you a second mortgage, now go play.

Recent years have seen AMD struggling desperately to keep up with the Intel performance. There have been many new models that whispered promises of beastly performance at comparatively low entry costs, but rarely have they actually achieved that goal. This has been to the detriment of everyone. We're enthusiasts here at OC3D. Sure there is a business side to this - we all need to eat after all - but every time a new AMD CPU came out and wasn't quite up to snuff, a little bit of us died inside. The market thrives on competition. We don't need Intel getting complacent either because their next models don't have to be significantly improved or because without competition they have no real reason to keep prices low. We all are better off for AMD being a serious player in the CPU marketplace.

Which brings us to the Ryzen. Yet another AMD release that comes with plenty of fanfare and promises. There is, however, a different feel this time. The subtle language that previously hinted they understood they aren't going to go toe-to-toe with Intel has disappeared. There is a confidence, a swagger, that says AMD know they have a hard hitting serious product here and they are going to shake up the status quo. It makes us smile just to think of it, so let's find out if this is all smoke and mirrors, or if you need to take a serious look at the technology upon which you will base your next system build.

There are three different models in the Ryzen range all priced to target a particular model in the Intel range. To say AMD are aggressive in their strategy with Ryzen is almost an understatement, but it does speak volumes about their confidence in the product.

If the 1800X gets anywhere near the i7-6900K in performance terms the market will shift dramatically. Why would you spend £1000 if £500 can get you equivalent performance? Of course whether the performance stacks up is something we're here to find out. 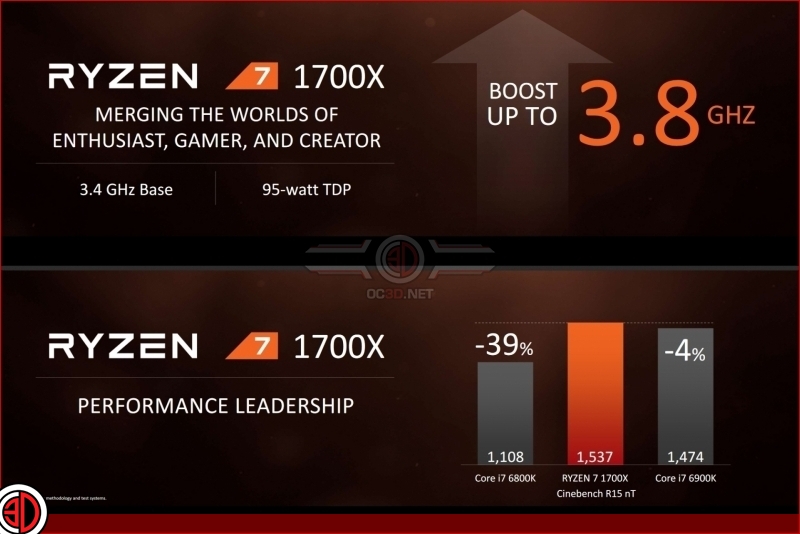 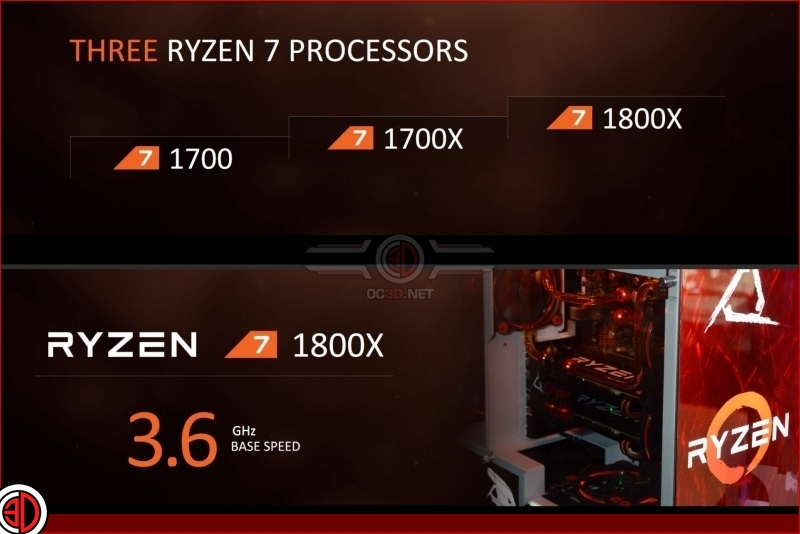 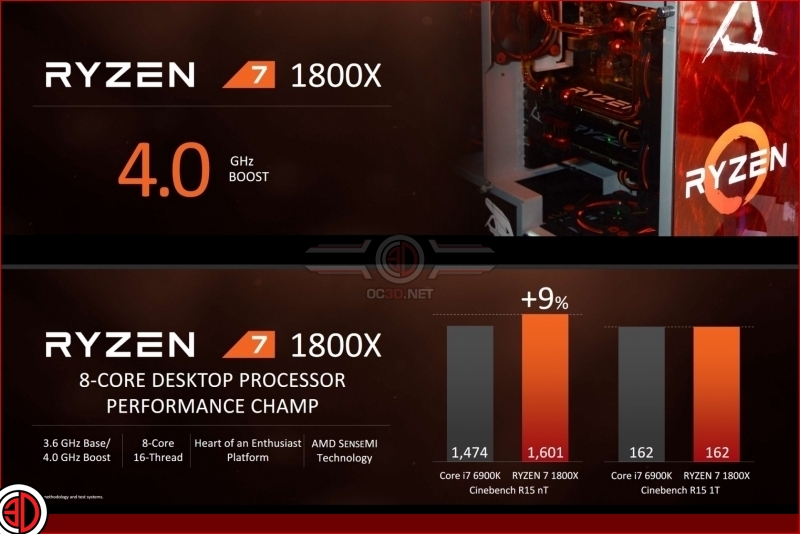 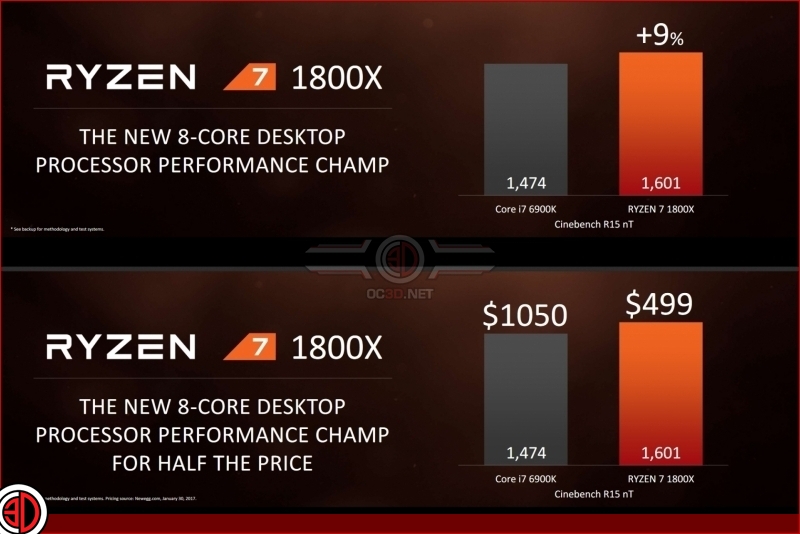 Zoot
I sat refreshing the page at work at around 2pm for this.

So great to see AMD back in the game again.

AdmiralDonut
God damn that stuff is good. Looks like I'm definitely going to be making the move to AMD in June then. First AMD rig for me in almost 6 years.Quote

I've not owned a hyperthreaded CPU since my 2600k (which was awsome fair play), my next CPU is definitely AMD Ryzen.

Intel go do one with your price gouging and marginal speed increases over the years!

TTL you've made my day and then some fella!!!Quote

AngryGoldfish
Very good results. The 7700K is still the gaming king, but unless Intel drastically drop their prices I don't think I'll be going with a 7700K even with its superior gaming performance. I think I'll wait for the 6 core CPU's.

Thanks a lot for the excellent review, Tom.

Can someone point out where the temperatures are listed? I've read the review and I can't find them.Quote
Reply