Three Kingdoms is the latest entry into Creative Assembly's Total War franchise, placing players into the Three Kingdoms era of Chinese history, complete with both historical and romanticised game modes.

Ryzen 5 3400G users will be pleased to know that Total War: Three Kingdoms runs very well on AMD's latest APU. At stock, 30FPS framerates are easily possible at 1080p, with overclocking presenting a little room for some graphics settings increased while maintaining a stable 30+FPS framerate. The Ryzen 5 3400G is an ideal CPU for a basic Total War: Three Kingdoms system, especially if users bump up texture details a little. 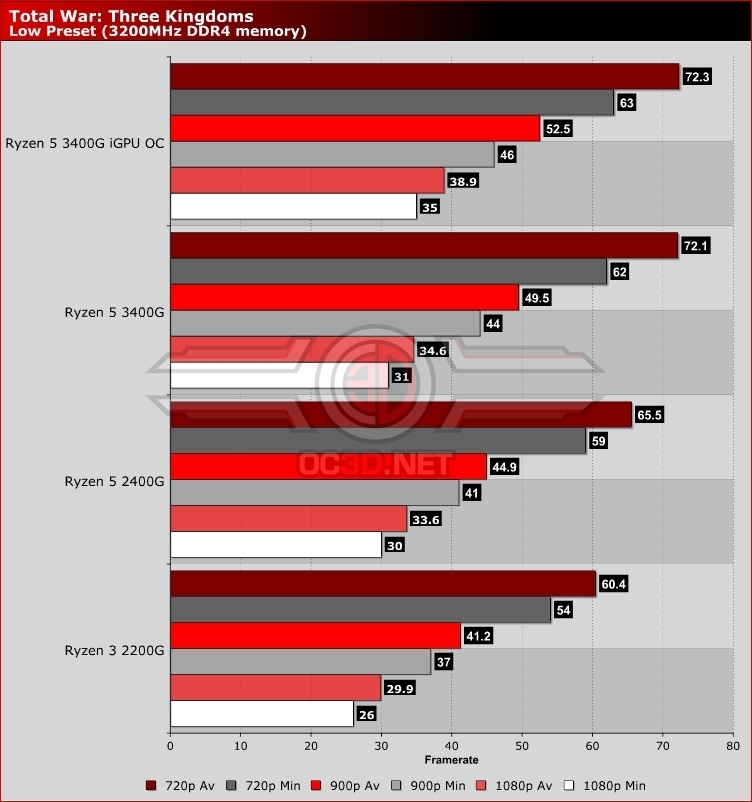 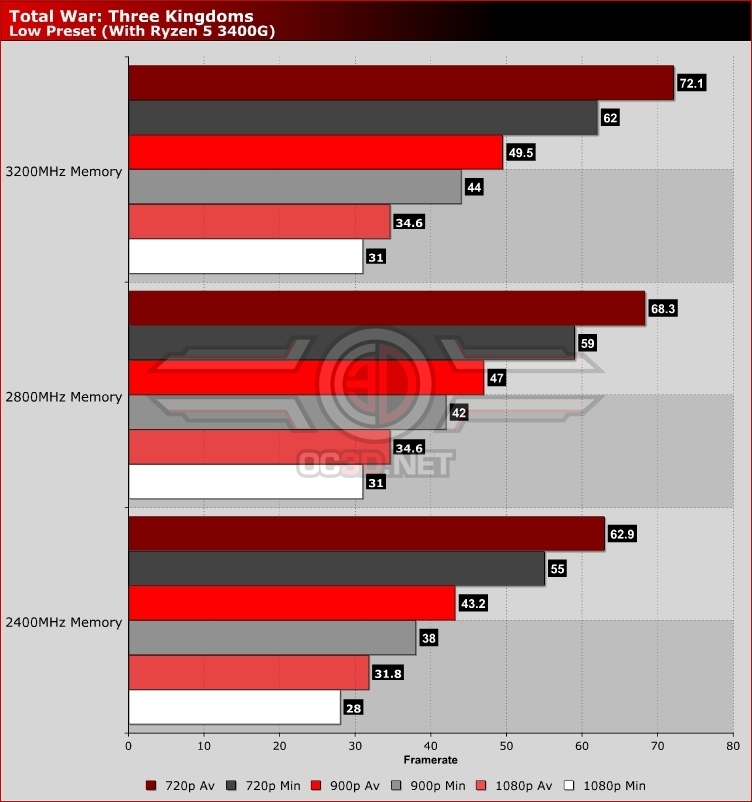