Tom Clancy's Rainbow Six Seige has proven to be a long-term hit for Ubisoft, finding long-term success on PC, Xbox One and PlayStation 4. Even now it is not uncommon to see over 100,000 concurrent players on Steam, a player count which doesn't include the game's PC players on both Uplay and the Epic Games Store.

At Medium settings, AMD's Ryzen 5 3400G is able to achieve average framerates of over 60FPS, making the processor great for some basic FPS action. When we overclock the chip's iGPU to 1650MHz, we manage to bump the game's minimum framerate close to the 60 FPS line, presenting players with an even better gaming experience. 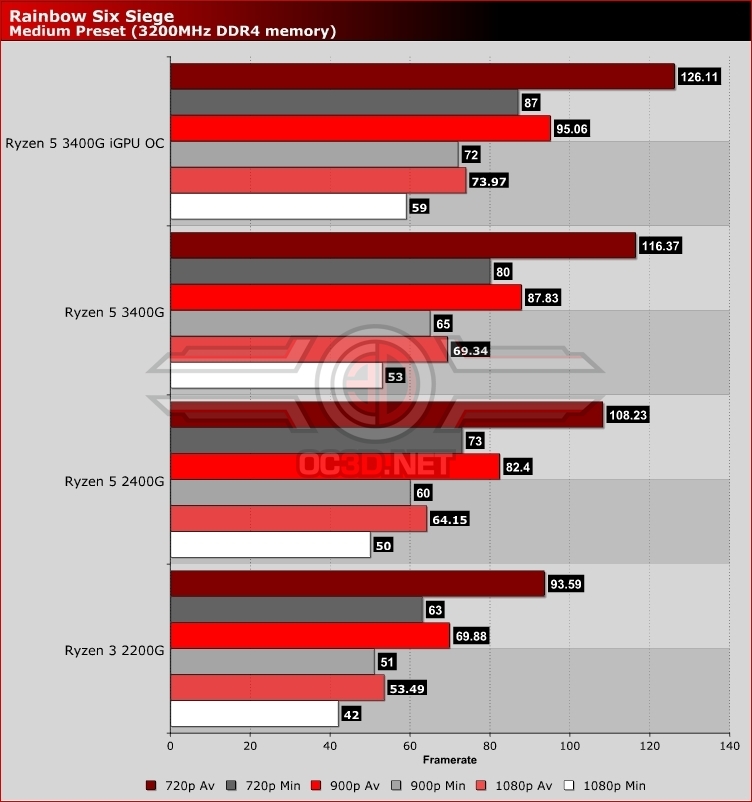 Like all other games, Rainbow Six Seige sees performance benefits when using AMD's Ryzen 5 3400G processor with faster DDR4 memory. 3200MHz memory is recommended for those who plan to game using this processor's integrated GPU. 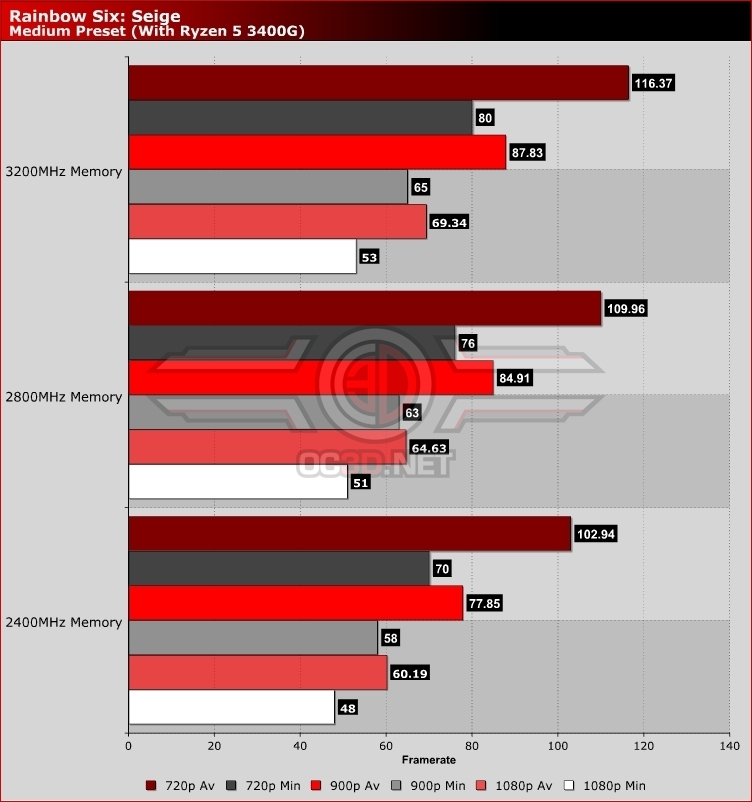