Assassin's Creed: Odyssey is a relatively new game release; and one which promises players hours upon hours of potential gameplay. This game is also known for being extremely demanding on modern PC hardware.

On AMD's Ryzen 5 3400G APU, we can see that relatively steady 30FPS gameplay is possible under the game's low preset at 900p, and that constant 30+ FPS framerates are possible when we overclock the 3400G's integrated GPU to 1650MHz.  ~ 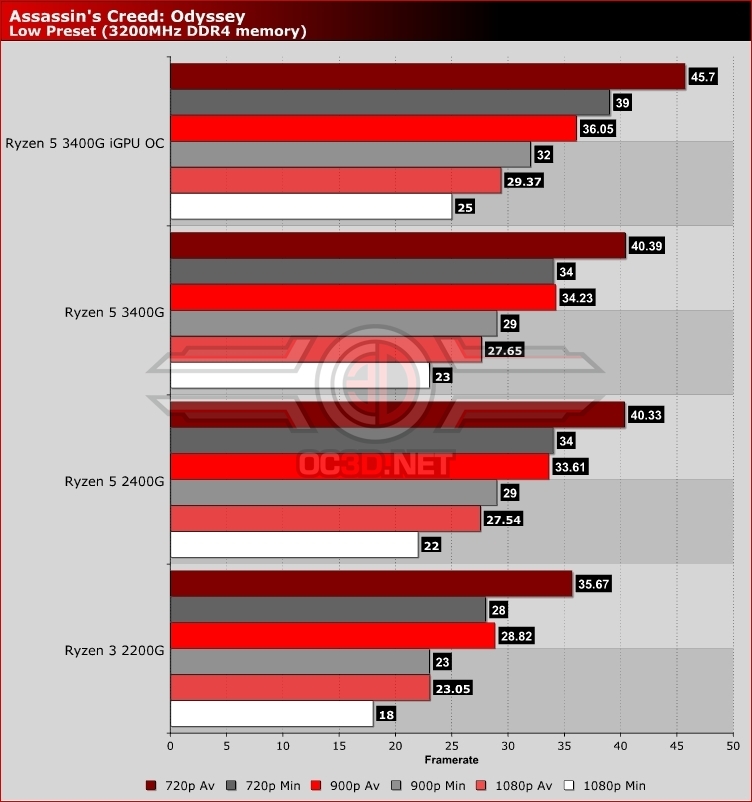 Like other games, Assassins Creed Odyssey's APU performance is impacted by memory performance. With memory bandwidth being split between the 3400G's CPU and GPU components, it is easy to see why faster DDR4 modules are saught after. You can see below that fast 3200MHz DDR4 memory modules can have a significant impact on Assassin's Creed Odyssey's performance. 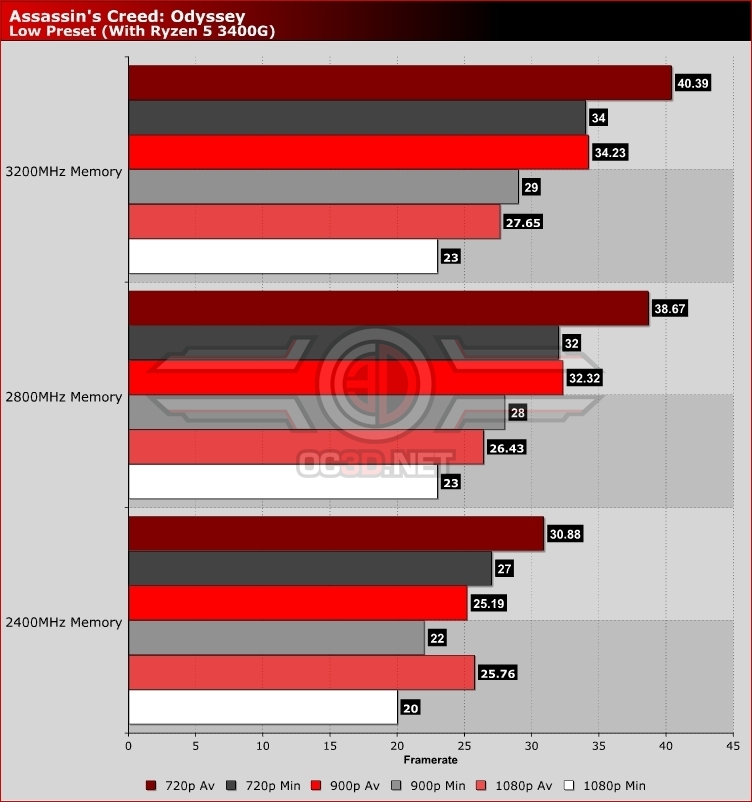