Shadow of Mordor is a very popular game as of late, one of my personal favourites of 2014, so I'd imagine a lot of you guys would like to know if it is playable with this lowly APU. Sadly while using stock setting and even 2400MHz ram the game could not be run at 1080p even on it's lowest settings.

While overclocked the average framerate does increase to over 30FPS,  this will not give you a fantastic experience in game as the lower framerate is still below 30.

Perhaps if you game at a resolution under 1080p this GPU would likely give playable framerates, but in this game I would advise that you buy a dedicated GPU. 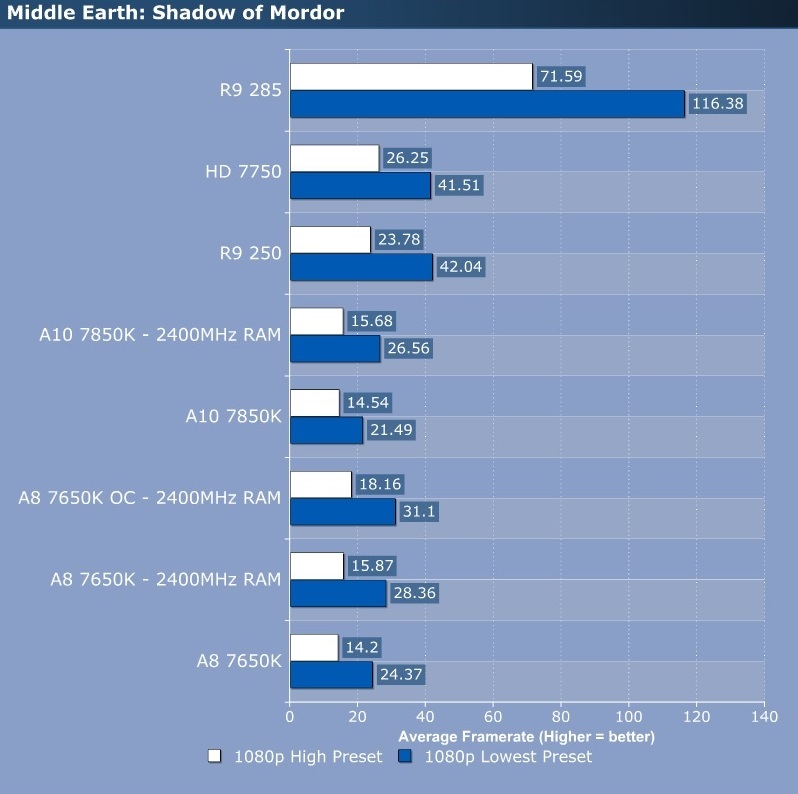 Sniper Elite provides a much better experience while playing on an APU, at least compared to Shadow of Mordor. When comparing DX11 and Mantle the APU gets a minimal performance increase while using Mantle, but Mantle in this case mostly gains us a higher minimum framerate which is helpful.

At medium setting the A8-7650K gets very similar performance to the A10-7850K, but the 7850K does maintain an advantage. While overclocked the APU manages to creep over the 30FPS mark, with room still to spare to lower the settings for a higher framerate. 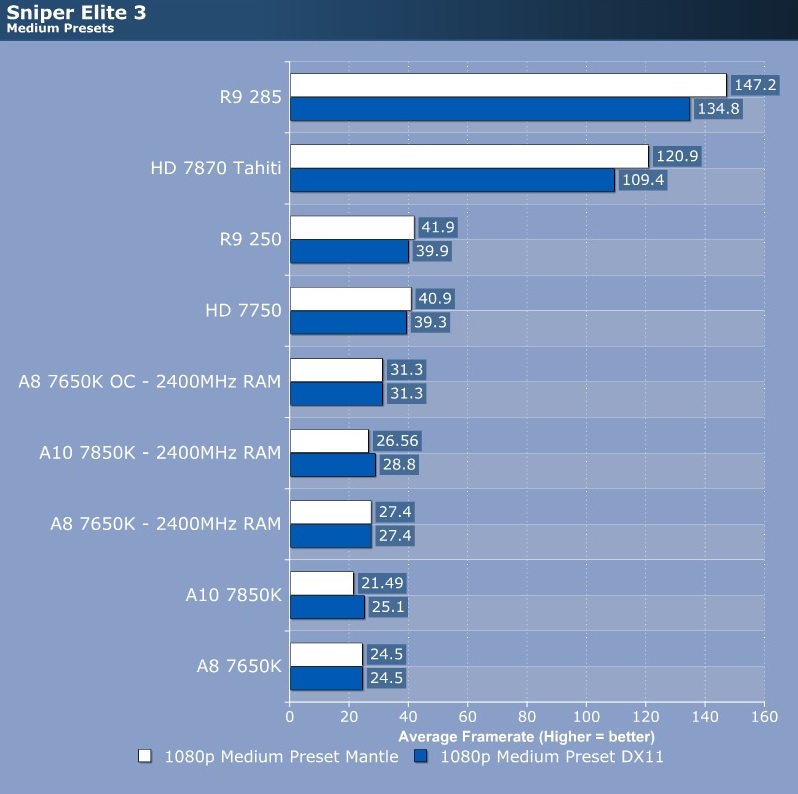 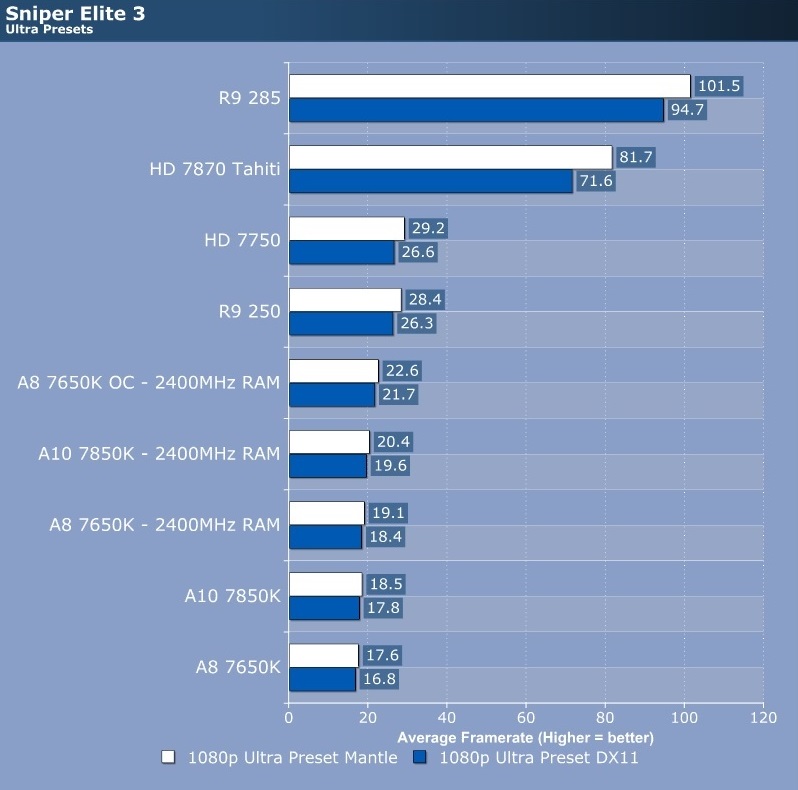