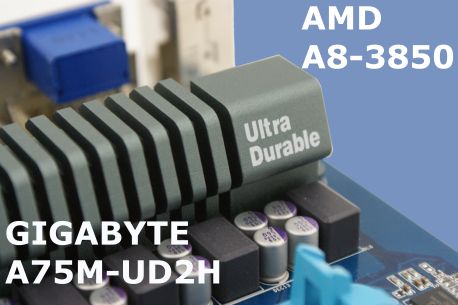 Integration; a truly vital part of life. Consolidating multiple solutions into something optimal has its benefits in a number of applications. Take a weekend paper for example - chances are there is an interesting article for everyone. Needless to say that the concept of unifying devices in technology is nothing new; as transistor counts rise (at least) in line with Moores' law, we continually see performance improvements appearing in machines that seem to be ever shrinking. Newspapers? Forget it. Amazon's kindle? Getting there but not quite. Today's city worker is reading his Financial Times on a light and ultra thin 1080p capable tablet. Who would have thought it?

While system on chip processor designs are blowing minds in the mobile phone, entry level netbook and tablet segments, a similar evolution is stirring in the world of desktops computers. In 2009, Intel were first to market a processor package which integrates a graphics processing unit under the hood of the Core i3, i5 and i7 range. In turn this has simplified chipsets on motherboards. This however hasn't done much for the consumer. Yes, Intel finally brought full HD capabilities to entry level desktop processors but so what? This is where AMD steps in.

Under the hood of AMD's new "bang per buck" 32nm processor lies something a little different. While the quad core processor design remains largely akin to the 45nm Athlon II processor, the core processor occupies a surprisingly small proportion of the overall die space. This is because the processor package incorporates a Radeon HD 6000 based GPU with 320/400 stream processors; a staggering 5x increase over the preceding motherboard based IGPs.

Considering the above table, there are currently two Llano processors available today - the A6-3650 and A8-3850. Priced similarly, they differ considerably where the former loses 80 stream processors and a trim of both GPU and CPU frequencies. We suspect that the A8-3850 will be the preferred choice amongst the vast majority.

In a nutshell, for a little more than the cost of its predecessor you can purchase a processor which comes equipped with its own GPU. But what sort of motherboard does one need? Today we will also be examining the Gigabyte A75M-UD2H. Turn over for more...

alienware
This is going to be a very hard product to review.

Mostly because there is nothing else like it on the market.

I'm a little confused as to why this was pitted against an I5 when the I5 is clearly far more expensive.

The comparissons should be against the I3. Now sure, as a CPU the I3 is faster. However, the GPU aboard the 3850 poos on the I3 and is actually playable at sensible resolutions. Every other review I have read have pitted it like for like, so I can't understand why this has been benched against a CPU that puts another 35% on top of what the 3850 costs.

I can only summise it was because OC3D maybe didn't have an I3 to put it against?Quote

jonowee
Oh FFS Gigabyte, I want vomit when I see SATA ports stick straight out of motherboard. Yeah this motherboard has some odd mix of price, IGP, and Crossfire capability.Quote

Mul.
Quote:
Thank you. I haven't published anything since February - glad to have been able to help out a little

Indeed an i3 wasn't available to compare it with, however I had left hints along the way that the price of the A8-3850 accounts for its inferior core for core and clock for clock (gag) performance. However, I feel that the article was able to highlight what was most important. Entry level multimedia users don't need outright core processor performance - combine an average CPU with a good enough GPU and their most complex needs are satisfied. Intel's Atom + nVidia ION as well as AMD's own FUZION E350 is a testament to this.

I maintain that so long as you build a FM1 system in a cut price fashion, it represents very good value for money. However as I've said in the review, you've got to be bonkers to spend big £££ on a A75 FM1 board.Quote
Reply