BIOS
Skipping past the most basic settings of Gigabytes AWARD BIOS, we come to the familiar M.I.T (Motherboard Intelligent Tweaker) section, which happens to be the very first section in the BIOS itself. The layout is pretty much identical to any other Gigabyte BIOS so those who have owned a Gigabyte board previously will feel right at home. 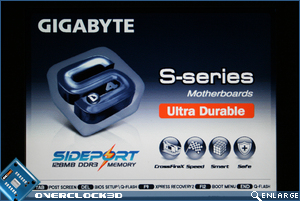 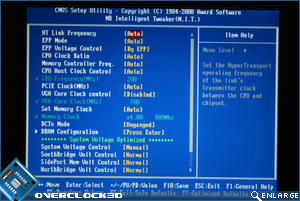 All the usual AMD overclock settings are here including EPP support for memory that supports this feature. In contrast to the MSI BIOS, each setting on the Gigabyte can be adjusted either via the scroll method or by the +/- keys. For those settings which would take an age to scroll through Gigabyte allow the manual inputting of values such as the Front Side Bus. 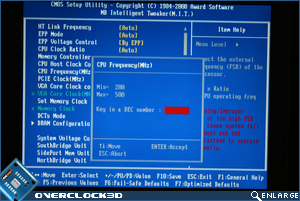 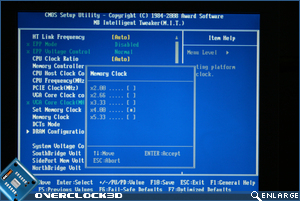 The maximum Front side bus available on the MA790GP-DS4H is 500MHz, 100 MHz lower than the MSI. While this won't be an issue for most as it is unlikely the average user will be exceeding 400MHz never mind 500, the extreme users out there may be a little concerned. In testing with our chip neither board passed the 200MHz mark so unless you are intending on using crazy volts and LN2 it shouldn't be an issue. The same memory dividers are available on the Gigabyte as they were on the MSI, albeit presented differently both reach the same conclusion. 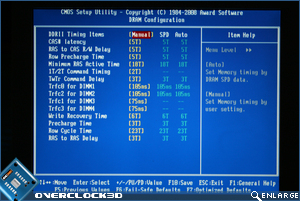 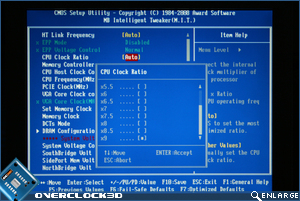 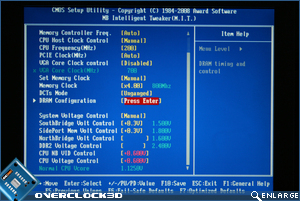 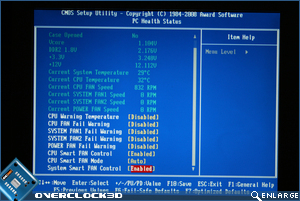 Finally we come to the voltages which are highly configurable. Each setting can be adjusted via the scroll method but instead of setting the voltage itself you will be presented in a + or - voltage which you then have to take off the 'normal' voltage. This method is not the best method as if, like me, you never showed a keen interest in maths at school, it is very easy to make a mistake and be left with some fried hardware. I would prefer to have seen actual voltage settings rather than have to mess about adding and subtracting values from each other. That said, the voltages available are a little higher than the MSIs so should you have listened to your teacher at school then you should be able to benefit from the good scale of voltages available.
The PC Health section of the BIOS is also more thorough than the MSI displaying applied voltages as well as allowing more configurable fan controls. Neither board allows the monitoring of chipset temperatures which is disappointing on a high end board, only the 'system temperature' is available which could mean anything from Mosfet temps to ambient temps.
I found the Gigabyte slightly more user friendly than the MSI BIOS but both boards have their little quirks. The MSI, while having a plethora of options available, make things difficult but having to key your way through them individually. While the Gigabyte method of inputting values is more user friendly but certain areas need improving such as the memory settings available and the method of setting voltages. In the end both BIOS are easy to navigate and each BIOS should allow you to get the most from your hardware.
Let's take a look and see how the boards perform in our overclocking tests...
«Prev 1 2 3 4 5 6 7 8 9 10 11 12 13 Next»