It is undeniable that the introduction of Ryzen has changed the x86 CPU market for the better, making higher core counts mainstream with lower pricing than ever before.

This impact has set some high expectations for AMD Ryzen 2nd Generation processors, which will use an optimised Zen+ core design on Globalfoundries' 12nm manufacturing process to deliver enhanced performance in all areas, hopefully addressing the shortcomings of Ryzen.

Today we can finally start officially talking about AMD's Ryzen 2nd Generation processors, detailing the specifications of AMD's new Ryzen lineup alongside pricing and other factors.

For starters, all of AMD's Ryzen 2nd Generation processors will release with stock cooling solutions, something which was missing from AMD's original Ryzen 1600x, 1700X and 1800X outside of select bundled SKUs. When combined with the lower launch pricing of AMD's Ryzen 2nd Generation CPUs and we can see that AMD is focusing on providing increased value with this new CPU launch.

In this brief preview, we will look into Ryzen 2nd Generation's pricing, included cooling solutions and the company's X470 chipset. 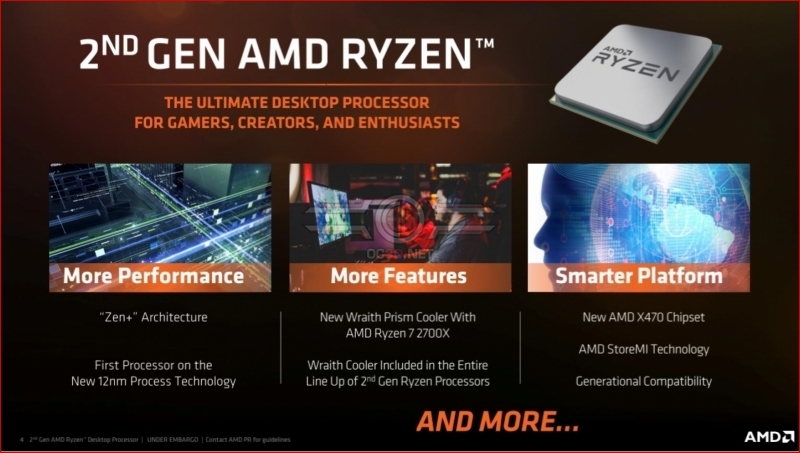 Alongside their new Zen+ CPUs, AMD will also be launching their new X470 chipset, which will offer support for last-generation Ryzen CPUs and offer improved power designs over existing X370 motherboard designs.

While Ryzen 2nd Generation CPUs will run on X370 motherboards, X470 will offer support for higher clock speeds out of the box, though we are unable to go into detail about this feature right now.

AMD's X470 motherboards will also ship with support for AMD's StoreMI technology out of the box, where AMD can use SSDs and/or system memory to act as a cache for HDDs to offer increased loading times in applications and games. AMD has stated that when loading World of Warcraft they were able to achieve load times that were 2.8x faster than a standard HDD using this technology, a reduction from 41.37 seconds to 14.74 seconds. 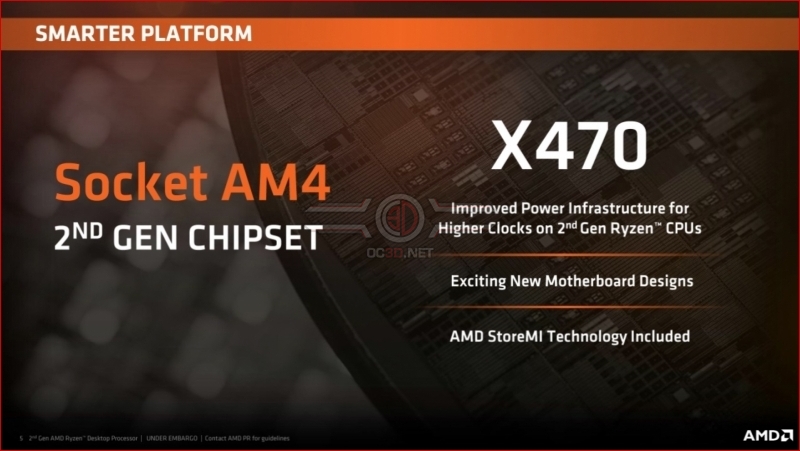 Darkdayzzz
AMD has stated that when loading World of Warcraft they were able to achieve load times that were 2.8x faster than a standard HDD using this technology, a reduction from 41.37 seconds to 14.74 seconds.


^Yeah I'm going to bet they mean the single long load from just starting the game > selecting your character > and then THAT loading screen.

The first one always takes a little bit, every one after that is fine and really fast.Quote

Dicehunter
Depending on the proper review and performance I may replace my 1800X and drop in a 2700X as the price is pretty good.Quote

AlienALX
Wicked, and much excite. Like the new cooler too. It's high time stock coolers don't look rank and ruin the aesthetics of a build. Even better it has RGB too, so will blend right into any modern PC