Last year, AMD shook the high-end desktop PC market with the release of Ryzen Threadripper, offering higher performance levels and lower pricing than anything available in the years prior.

The idea behind Ryzen Threadripper (and AMD EPYC) changes the way we think about CPU fabrication, merging several CPU dies to create a larger whole. AMD's original Threadripper processors could be considered as two Ryzen processors that are joined into a single unit, building a platform with sixteen cores and thirty-two threads, making the Ryzen Threadripper 1950X similar to two Ryzen 7 1800X processors. 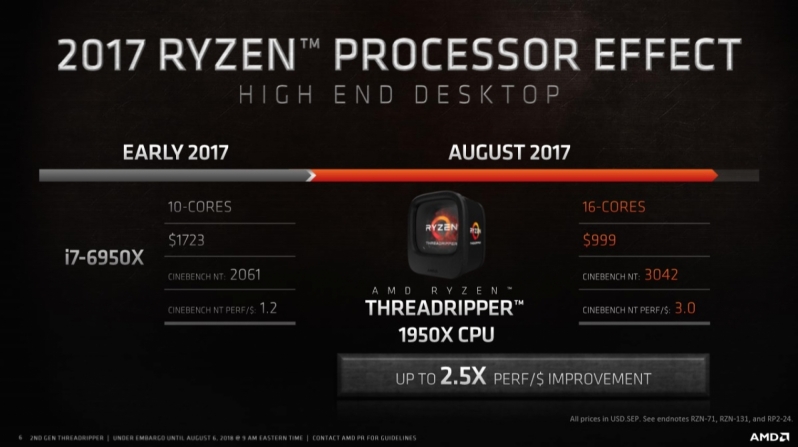 In a single year, AMD has doubled the maximum core counts available in the HEDT market, bringing more processing power to consumers than ever before, all while maintaining support for the same X399 platform that released in 2017. 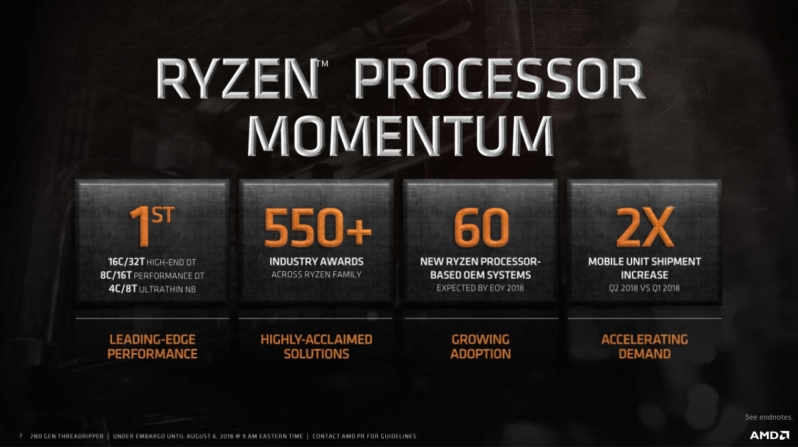 Today, we can finally talk about AMD's Ryzen 2nd Generation Threadripper processors, giving you official information from AMD that is neither rumour or hearsay. Meet the Ryzen Threadripper X a WX series of processors, products that will user in a new era of high-performance desktop computing. 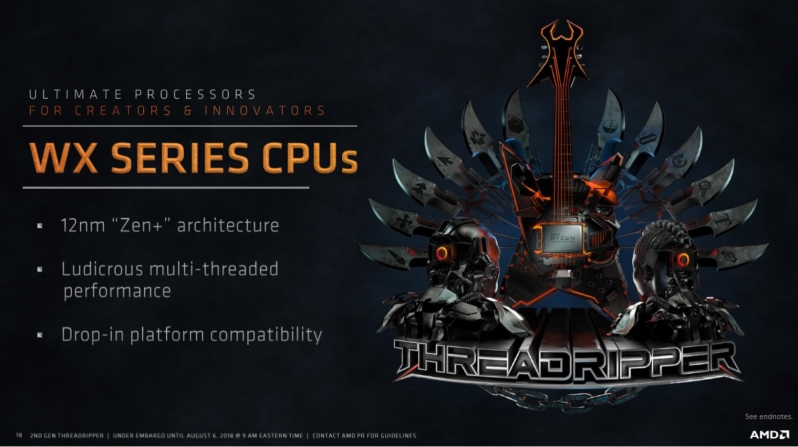 Some one has to use that plate to make a cube case.Quote

ET3D
The table at the bottom of page 4 has some errors:


On the last page: "look at our preview for MSI's MEG X399 Creation Preview".Quote

WYP
Quote:
Thanks for the spot. The error has now been addressed.Quote

lol. I know it's old but that remake is rather funny still

AMD are really going for pure giggles with the 2990WX in price/performance against the i9-7980XE. I had a quick comparison against the 2 and the only thing the i9 wins on is the TDP but that's literally only because it has nearly half the cores. I genuinely hope this decimates the i9s on all frontsQuote
Reply