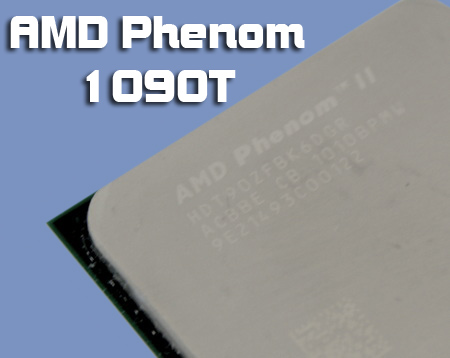 We love all hardware here at OC3D and many of us cut our teeth on Thunderbirds and the like. For a while now AMD have been the value choice, providing decent performance for decent money.

The original AMD Phenom was a bit disappointing, the Phenom II regained a lot of ground but for absolute performance Intel held a healthy lead.

Every new AMD release we held our breath and hoped for something stunning that would not only put AMD firmly back on the map as a major player in the CPU market, but also force Intel to reduce their mad prices down to a more sensible level so everyone wins. No more do we have to let out a slight sigh of disappointment at a processor that is great for the money but just not quite at the cutting edge.

Being a six core processor we'd expect it to perform well in tests that are heavily CPU reliant, such as the POV-Ray and CineBench tests. The real surprise we found was how well it performed even in gaming. Anyone who has an opinion to voice, and with hardware that's everybody, has long held the belief that games don't take advantage of extra cores enough to justify spending your cash on anything other than a mental dual-core.

All of our results showed this belief to be absolute rubbish. The Dirt 2 test had the stock AMD Phenom II X6 1090T beating our 4GHz i7 930 system, despite giving up 800MHz in processing power, having dual rather than tri-channel RAM, and being priced at a similar level.

Although not strictly covered by our review there is another small thing to take into consideration. Firstly if you already own a AM3 system then this is a simple drop-in upgrade, saving enormous amounts of money. But if you are going for the full upgrade route then the all-singing, all-dancing, top of the line monster 890GX or FX motherboard will cost you substantially less than its X58 equivalent. The value models reach prices Intel can't even imagine, much less produce.

The conclusion is simple.

If you, like us, have been waiting for AMD to stand proud atop the podium, they do now.
If you've been hanging on to a AM2+ or 775 system and weren't sure which direction to go, your mind has been made up.

For providing the best performing processor in the sub-£300 mainstream CPU bracket, we award the AMD Phenom II X6 1090T our Best in Class.

Thanks to AMD for providing the AMD Phenom II X6 1090T for todays review. Discuss it in our forums.