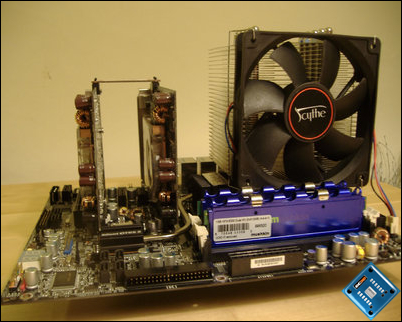 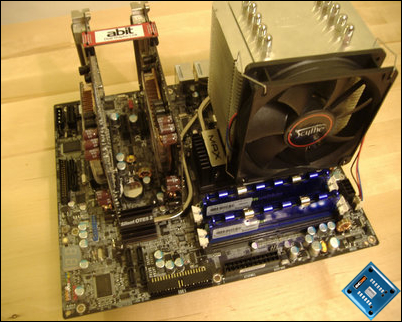 The following test setup was as following:

To test the motherboard I first ran it at stock using as stress test comprising of Orthos (dual Prime95), Folding @ Home running on both cores (set to idle priority) and RTHDRIBL running 1/2 screen. I let this run for 12hours to see how the board would fare

The benches and tests used on the motherboard were:

For comparison I used the following:

I also managed to get some SLI tests on the motherboard to give you an idea of whether SLI works on 975x, and what sort of performance to expect!

All tests were performed three times to ensure a fair result.

FragTek
I'm surprised that Seagate didn't patent this technology! Looks good though, I wonder who the first to make a 2gb drive will be

FarFarAway
Quote:
I thought Hitachi were the ones who invented it??Quote

FragTek
I'm pretty sure it was Seagate

FarFarAway
Quote:
Seagate were the first to get a drive out but I know Hitachi were heavily involved in the developmentQuote

Phnom_Penh
Quote:
Nah, twas Toshiba who got a perp drive out first