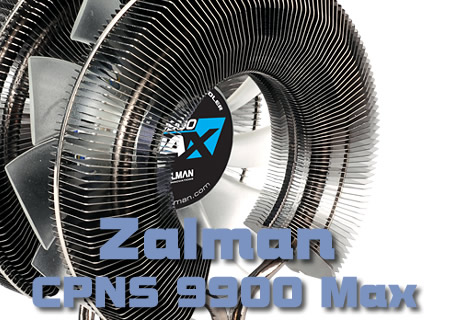 Zalman is a name we have all heard of whether your first thought is the Reserator passive water cooling tower, their fans or even there ever growing range of heat sinks really depends on your own personal experiences with their products. The single factor that unites all products across the range is Zalman's self confessed obsession with "noiseless computing" and "silent cooling products".

Lets take a look at the specifications for the cooler on test today.

A main feature on the 9900 is "Composite Heat pipes" the image below will better explain what this is but Zalman claim up to 50% better heat transfer than traditional heat pipes. We are looking forward to seeing how this turns out in our testing.

Sadly the cooler was not capable to withstand our testing at 4.2GHz @ 1.35v, lets move on to the video for a detailed look and explanation of our thoughts on the cooler.

The video was lengthy enough to cover pretty much every point of the cooler, but we will just cover the main points here quickly. A major plus point of this cooler is you will not have any issues what so ever with ram height compatibility, this is a major sticking point on many coolers but not with the 9900 Max. Performance at 4GHz was acceptable but we can not help feeling that for the £49 asking price when purchasing this cooler is a little steep for a 55c Delta, it would be much more desirable at £35 to £40.

Yes this section does require its own paragraph! As stated in the introduction Zalman prides itself of "noiseless computing" but sadly the 9900 Max really doesn't deserve the CNPS affiliation as unlike the earlier coolers this one isnt quiet at all. Don't get us wrong this isn't as deafening as the Thermaltake Frio but its far from quiet either. It could easily be drowned out with some headphones but there are a great number of us that use our PC's for more than gaming and when compared to some other coolers on the market we would suggest the noise performance of this cooler was borderline acceptable rather than being awarded the word silent.

Thanks to Quiet PC for the sample on test today, you can discuss your thoughts in the forums.

m0r0n
looks can be deceiving.

ty for the presentation, a real eye-openerQuote

S_I_N
I had purchased one of these from the egg. But they totally buggered the whole deal by not shipping it til like a week after I ordered so I canceled it. So I never got a chance to use it. Would of been interesting to see what it did vs my el-cheapo rocketfish cooler. Which is currentky keeping me at 22c with an ambient of about 20c this is stock cpu however had a bios crash and havent re-applied oc yet.Quote

Rastalovich
This is simply not worth £50.Quote

SieB
Quote:
I agree, at the beginning of the vid I thought this could be the budget cooler I have been looking for but as the video went on I went from

and then when I heard the price