Test Methodology
In order to accurately test the Yate Loon D12SL-12 fan I have decided to review its performance from two perspectives:

The Yate Loon D12SL-12  will be compared against Noctua's latest 120mm case fan offering - the NF-P12.
#Note: The equipment that I have used for the static pressure testing phase of this review is not, and never will be equal to the testing facilities that case fan manufacturers employ. The static pressure results here should be taken as an indication, and I'd like to think of it as a pretty good indication, but once again professional testing laboratories win out over a kitchen table simulation every time.
Static Pressure and Air Flow 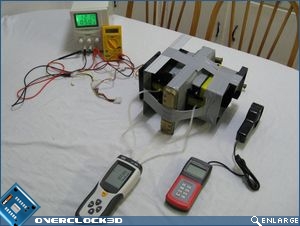 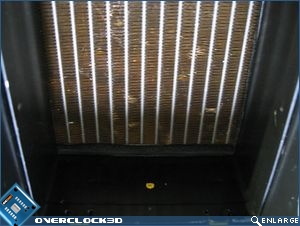 The Yate Loon and Noctua fans were then forced to pass a volume of air through a Toyaota Camry heater core, which will act as the radiator. The heater core has a fin count of approximately 84 fins/square inch and as such should provide more than enough resistance for validatable results. All static pressure readings were taken whilst the fans were running at 12v, and 3 x 60 second samplings were taken each time via RS232 software and uploaded to my computer via the serial port.
#Note: The digital Manometer that I have used for todays testing is accurate to +/- 2%. However, the digital readout only records to 1 decimal place which makes the results relative in the grand scheme of things, but fails to provide an exact amount of static pressure i.e to two or more decimal places. Currently this is all my review budget allows for at the moment, but I will be upgrading my Manometer in the near future to a better model. So please bear in mind that when you see the static pressure graphs on the next page, that when a fan shows '0' static pressure it is actually between 0.0 cmH20 and 0.099 cmH20.

The Yate Loon and Noctua fans were tested for free air flow capacity using a calibratable digital Anemometer, upon which they were allowed to run at 5v, 7v and 12v respectively. I have chosen to test the fans at these three voltages due to the increasing number of people undervolting fans in the name of silence. Power for the testing phase was provided by a variable power supply, and the voltages checked using a digital test meter. The Yate Loon and Noctua fans were also tested for air flow when installed on the airtight test chamber by using the calibratable digital Anemometer to record the air flow after it had passed through the cooling fins of the radiator. 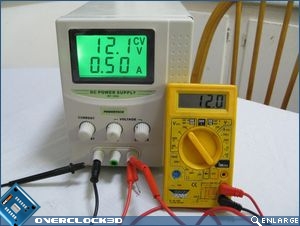 In order to assess the actual cooling performance of the Yate Loon and Noctua fans I have set up a simple water-cooling loop comprising of the following items: 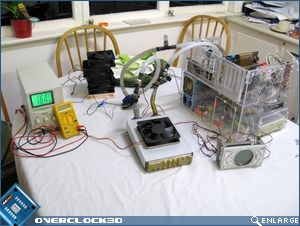 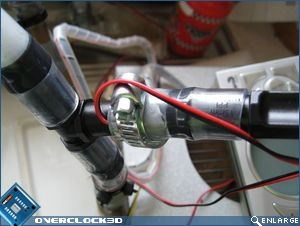 I have set up two thermal probes on the inlet and outlet of the heater core and temperatures will be monitored on a digital rheobus so that we can see just how well the extra static pressure effects water temperature within the radiator. All fans will be run at 7v and 12v and the resultant temperatures recorded. CPU load will be obtained by running 1 x instance of Stress Prime 2004. Temperatures will not be recorded until they stabilise for each fan tested. Ambient temperature at the time of testing was 26.3 Deg Celcius.

Barry
They are brilliant fans indeed.Quote

clone38
Only fans i will use

clone38
Yes as they are cheap about £5 each.Quote
Reply