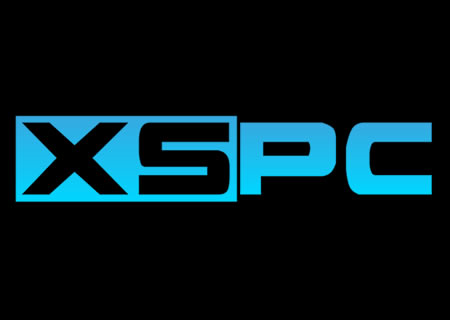 XSPC water cooling kits have been a firm favorite by many on the OC3D forums, rightly so with their great performance and awesome pricing they can be the basis of an awesome system if done correctly. Recently though the jungle drums started beating about XSPC offing their own version of the D5 Vario pump, this is regarded as one of if not the best water cooling pump on the planet so adding it to the XSPC line up is a master stroke. The kit comes with the Raystorm CPU block an RX360 radiator and everything else you could need to get you started excluding coolant. This is actually a good move though because coolant type & colour is a very personal choice. Seeing as the pump is a beast and the radiator would be overkill for just a CPU loop we have also added in the XSPC Razor GTX680 water block to the loop so the testing will be more real world with a CPU and GPU on test to push the radiator that little bit more.

So looking at the D5 RX360 as a basic kit on its own we would have to suggest you use this as a basis for a whole system, the high quality components do carry a heavy price tag but its a kit that is perfect for expansion. A simple GPU block added in as we have done here would be an absolute minimum to validate the initial cost but with an extra radiator you could happily cool 2 GPU's and the pump would still not be getting stressed out.

Many people may see the £290 for the kit as being expensive where it only cools the CPU and they would be right, but they would also be missing the fact this kit has been spec'd to be expanded and also expanded with ease. You could for the sake of argument add a 240mm radiator, 2 GPU blocks and a motherboard block set and have an amazingly cooled system.

As tested here today we would say the pump is still over kill in all honesty but you do have the ability to be able to turn it down to make things even quieter should you wish. We would also say the radiator is at a sweet spot with a CPU and GPU, the temps are cool enough that you can run quiet radiator spec fans and still get good temperatures. To stop all those "what if I added this" questions if you added any more components you would need higher spec fans, making the whole system louder and basically ruin it. If you need to add any more kit then we would suggest adding at least another 240mm rad, the whole team at OC3D feel that 120mm single fan rads are pointless and just add extra tubing for minimal cooling potential. 240mm or don't bother!

So to recap the XSPC D5 RX360 kit is expensive but if you understand why then you will also realise its worth every penny. Personally we wouldn't use the fittings or the rad brackets etc that comes with the kit but its handy for those of you out there that don really care what your rig looks like! We personally feel water cooling should be just as much about aesthetics as it is about cooling and hanging your rad off the side of your case with hose all over the place is never going to look nice. We understand why they are there but tbh are fed up with putting those packets in the bin!

All in all its a great kit but its for those of us that understand that water cooling needs to be done right and that to do that when running big clocks with multiple components you need to get the best kit available. With all this in mind it is without a doubt a gold award winner, those that think it should have been scored less obviously have air cooling!

Thanks to XSPC for the kit on test here today, you can discuss your thoughts on this review in the OC3D Forums.

tinytomlogan
Not that I know of.Quote

Lollipop
Didn't you unbox this 6 months ago?

Jason-CL
ROFL @ your Overview video. You must have been in one hell of a good mood. Wheeee! Woooooooo! Wheeeeeee!

Bullmecha
Does the Mayhem Aurora Coolant work with these? I know it had problems in the 750 combo.Quote
Reply