The next four images might look identical but look closely and you'll see we're guiding you through the build process.  The first step is to attach the retention bracket nuts.  If you're using a back plate then these screw through to behind the motherboard, but here, as usual we're using our 2011 set up so we simply just screw into the motherboard threads themselves. 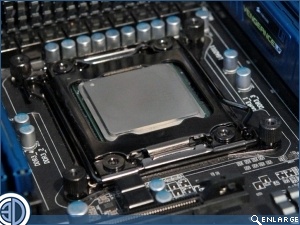 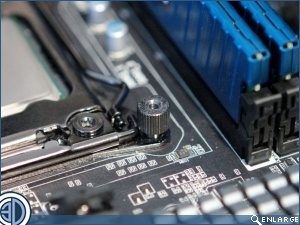 With all four retention plate nuts in place we then rest the mounting bracket on top, taking care to line up the requisuste holes to match our CPU socket. 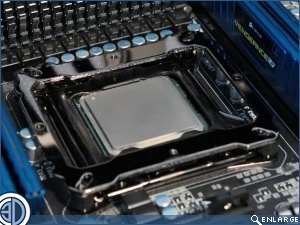 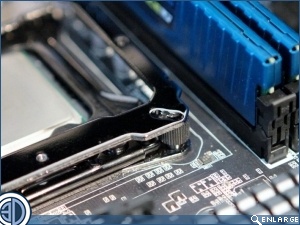 The Mounting plate is then screwed down tightly to the retention bracket with the supplied screws.  The next step is then to mount the cooler contact plate on top of the CPU and to then screw the whole lot down using the plate seen in the image below right,  We've shown it here without the cooler in place as it's impossible to see otherwise. 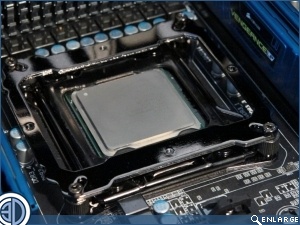 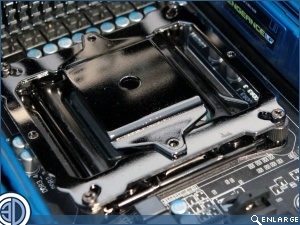 The Cooler tightens down nicely but we'd recommend a light touch as it feels that it would be easy to overtighten and strip the threads.  Installed into our Trusty Cooler Master Test Trooper the Silver Arrow ITX looks quite at home and fills the space well 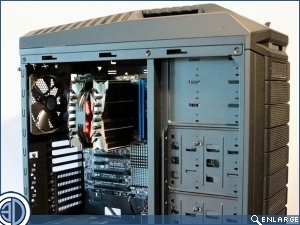 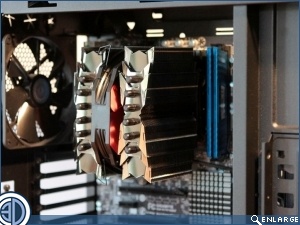 With the fan centrally located there are no issues of RAM overhang, meaning that this cooler can be used with RAM that has large heat sinks.  spring clips to secure the fan as we felt these detracted from the overall quality of the unit, as do the plastic heat pipe end caps.  One thing we did notice though was that our example sat ever-so-slightly off vertical.  You have to look closely to see that it doesn't quite line up with the edges of the RAM.  Having noticed this we dug a little deeper, in fact we took the whole thing apart and re mounted it and discovered that although all the mounting hardware sits square on the socket or back plate, and the bracket sits square on the mounting hardware, the cooler itself is actually on the skew and as such does not sit square on its own contact plate, the effect being similar to if you'd mounted the cooler firmly then given the whole assembly a twist clockwise by 5 degrees or so.  Once seen it can't be un-seen as they say. 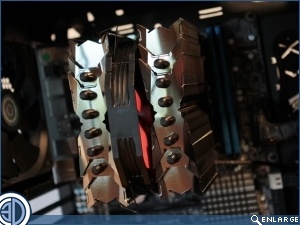 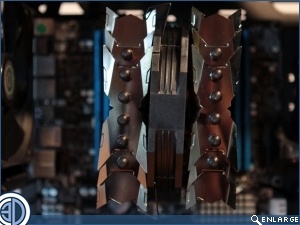