Up Close: Fin Stack, Heat pipes and Base Plate

Up Close:  Fin Stack, Heat pipes and Base Plate

No, your eyes are not deceiving you, the Silver Arrow ITX actually comes with a pair of white gloves for you to don so as not to mark the stunning dark Nickel finish when you're handling it.  Top marks Thermalright.  So with gloves on let's get started.  The cooler is quite a size, in fact pretty much as large as it's possible to be and still remain within the ATX exclusion zone.  Although there are a total of 51 Aluminium fins here, the upper and lower banks of both towers are staggered in both to detract from what would otherwise be a boring boxy shape, and to better mimic the size and shape of the fan it uses. 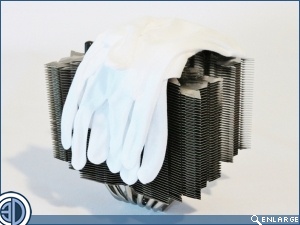 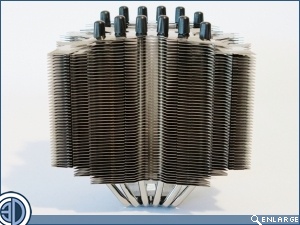 There are six black Nickel coated copper  heat pipes, with each passing up both of the stacks.  The pipes are biased towards the centre, with the other most fins stack plinth left clear.  If you're familiar with the Original Silver Arrow, you'll remember that this is where the seventh and eighth heat pipes would reside.  The pipes are terminated with plastic end caps which although nice, don't really reflect the quality found in the rest of the cooler. 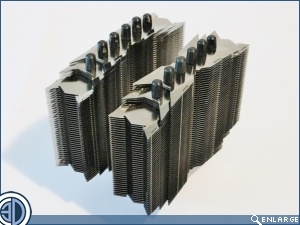 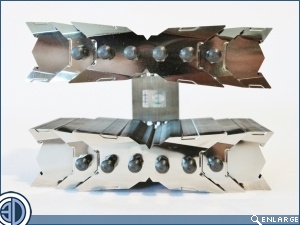 The contact plate is 100% Copper with a Nickel coating and has a near mirror finish to it.  Heat pipes are sandwiched between upper and lower portions of the contact plate and are evenly distributed across it. 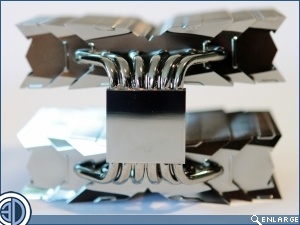 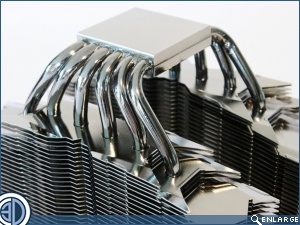 The six 6mm heat pipes leave the contact plate and curve cleanly upwards to pass through the various plinths of the fin stack.  It's all very clean and clinical down here, just as we like it, with no evidence of solder splatter or missed areas of Nickel plating. 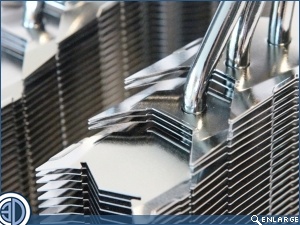 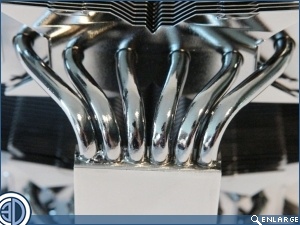