Thermal Testing - Is this really a 'Cooler' Master?

Thermal Testing - Is this really a 'Cooler' Master?

For our test, we used the following hardware using fixed fan speeds (so that only the case and its included fans can influence thermal performance). We started with all of the Silencio's case fans running at their maximum speeds, which in this case is 1250RPM.

The graph below showcases Delta temperatures with a controlled ambient temperature of 21 degrees Celsius, which means that in the graph below our GTX 980 ran at 80 degrees, which is very hot when compared to the other cases that we have recently tested. Only the Corsair 678C offers comparable thermal performance, but even then the Silencio 600 is notably worse. For context, the Corsair 678C is our example of bad thermal performance, so having worse thermals is a bad sign for Cooler Master's new Silencio series.

These thermal results were taken in the Silencio's stock configuration, which comes with a panel blocking the case's top fan slots. Removing this panel reduced our CPU temps by 5 degrees at 600RPM and reduced our GPU temps by 2 degrees across all of our tests. More information about our thermal tests is available in our video review. 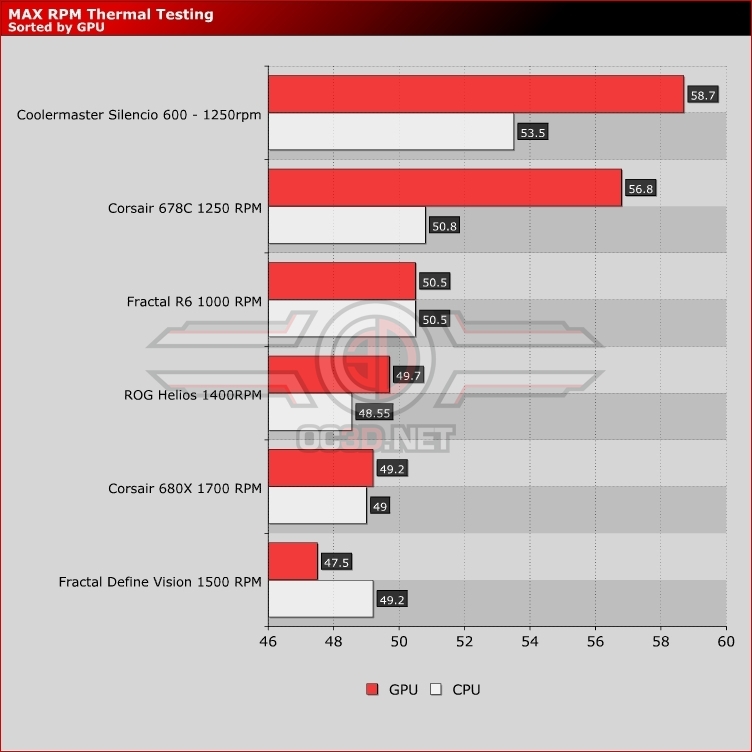 Next up, we have our 600 RPM fan test, where we level the playing field and deliver a silence-optimised workload where we run our case fans at 600 RPM. Here the Silencio S600 sinks even lower, with the CPU and GPU reaching over 80 degrees> Remember the graph below showcases the delta temperature between ambient and component temperatures.

In all, this is poor performance from Cooler Master, with longstanding offerings like the Fractal R6 showcasing a clear lead over what Cooler Master said was "an affordable chassis with performance figures that challenge higher-priced competitors." 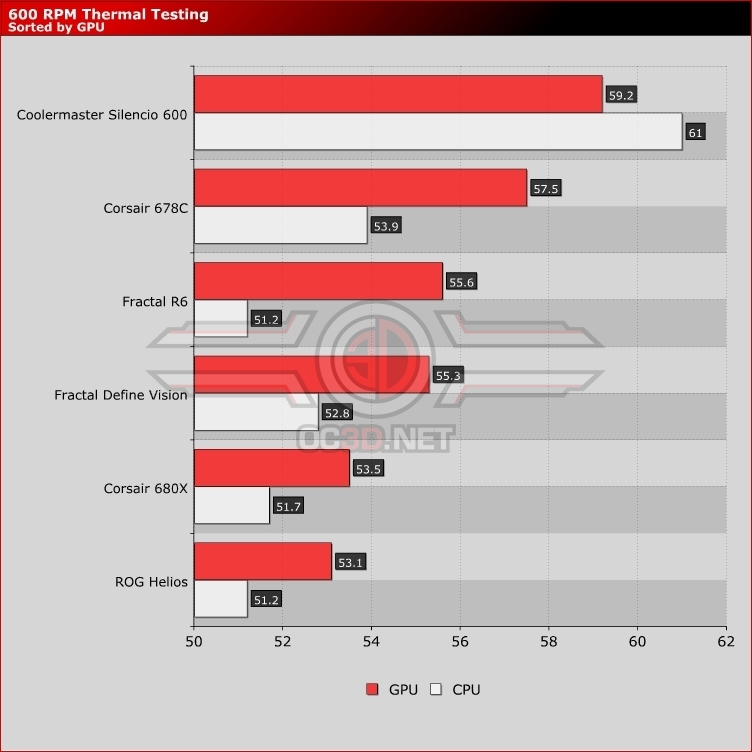