From the outside, the Cooler Master Silencio S600 is as you would expect for a "silence optimised" PC enclosure, featuring a flat front with satin black colouring which contrasts beautifully with Cooler Master's subtle oval logo, which offers a glossy appearance.

In the looks department, the tempered glass version of this case is a clear winner, though the all-steel version does have its own clean, monolithic charm. The steel variant will be the quietest option for silence freaks, as its steel panel will come coated with sound dampening materials, which will block more noise than the case's alternative tempered glass side panel. 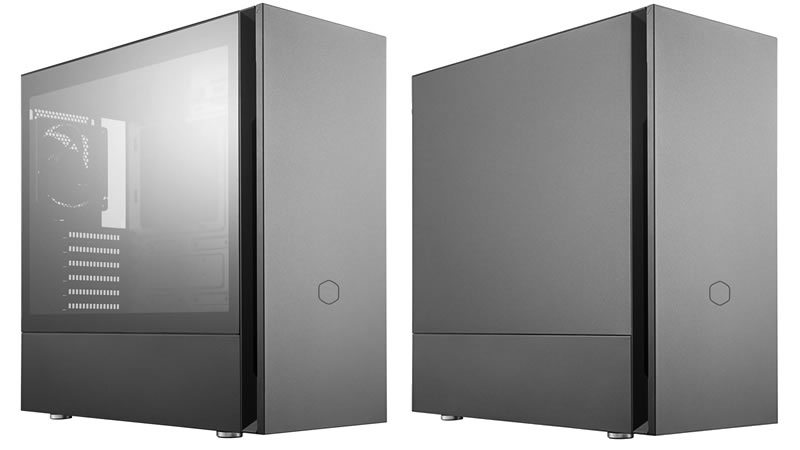 With the Silencio S600, Cooler Master aimed to deliver a value offering to the sound dampened case market, and as such, some compromises had to be made. While the S600 is well manufactured, we can see a few cost-cutting elements creeping forward, such as the case's external PCIe bracket screw locations, which are covered by a removable metal shroud. This design element decreased design complexity at the rear of the S600, acting as part of the reason why Cooler Master has been able to invest in sound dampening materials at this price tag.

Thankfully we do not see cost-cutting measures elsewhere in the case, with the enclosure coming with cable grommets on the inside in all areas where we would expect them.

At the base of the Silencio S600, we can see mounting locations for up to three 3.5-inch drives, with a 4th being accessible behind the motherboard tray. Three 2.5-inch mounts are accessible on the top of the case's PSU shroud, while two more are available behind the motherboard tray. Note that these mounts use pre-drilled holes which can be used to 2.5-inch drives using rubber fasteners (which are heavily detailed in our video review), rather than removable drive sledges. This mounting solution is designed to enable low-cost SSD mounting, but given its ease of use, we can see other case manufacturers copying this idea. Kudos Cooler Master for implementing such a neat SSD mounting mechanism. 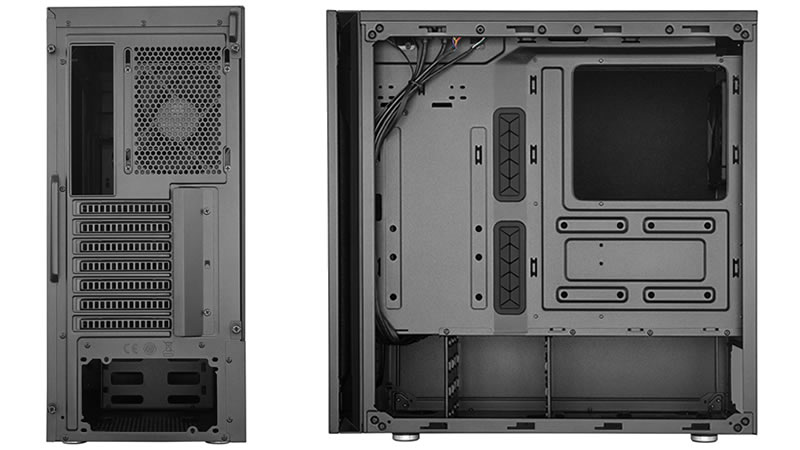 On the top I/O of the S600, Cooler Master offers their users standard power/reset switches, a combo audio in/out jack and two USB 3.0 (USB 3.2 Gen 1) headers. In addition to this, Cooler Master has added an SD card reader, which connects to the user's system using USB 2.0. While this is a neat feature, the use of USB 2.0 limits the reader's overall performance, especially with high-performance SD cards. That said, this feature will remove the need to purchase an external or internal memory card reader, which will be seen as a huge plus for a lot of users. 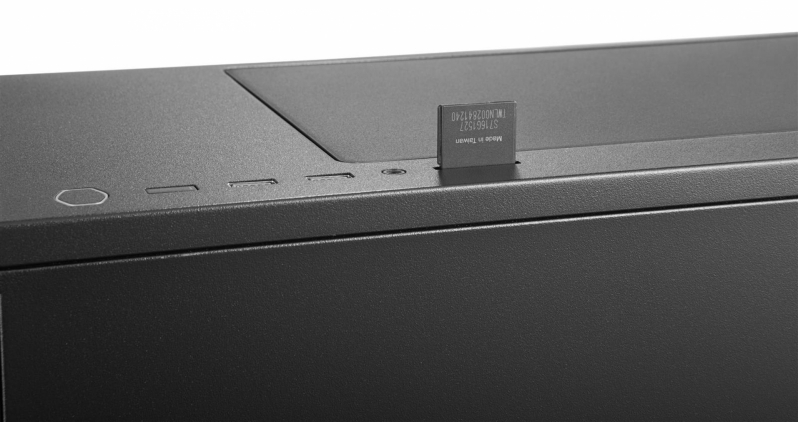 At the top of the S600, we are greeted with a flat top panel which is covered in noise dampening materials, keeping sound locked inside the enclosure. This can be removed to reveal twin 120mm fan mounts, which can be used as an intake or as an exhaust. A magnetic dust filter is also included for this section of the case, should users decide to mount fans at this location.

At the front of the S500, users can slide open the case's front panel to reveal a dust filter and a 5.25-inch optical drive mounting location. This area acts as the S600's primary air intake, which has had its airflow restricted to allow the 5.25-inch drive bay to sit almost flush with the enclosure's front panel. 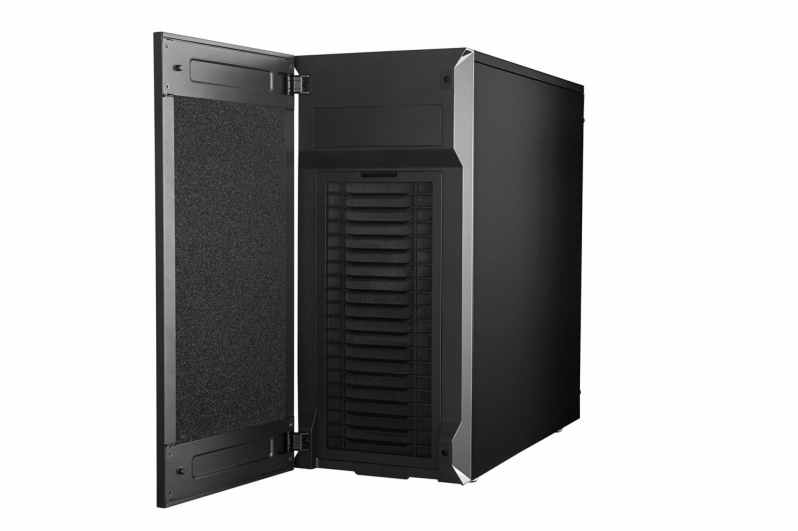 This is where the problems start, as looking behind the front panel we can see locations for three possible fan mounts, though only two of them are usable in the case's stock configuration. Consider how airflow would work with the bottom two fan slots, and after that, you should quickly see why this is a problem.

For starters, the bottom fan mount, if occupied, would mostly push air under the PSU shroud, making it sub-optimal for cooling the GPU, CPU or motherboard within this chassis. Beyond that, the top fan mount (we are calling this a fan mount because there are clearly cut-outs and holes for mounting a third fan) is unusable without removing the optical drive bay. Even then this fan is starved of airflow thanks to Cooler Master's front intake design (as only half of the fan can intake through the S600's front dust filter).

Cooler Master should have either moves the two bottom fans up so that they could deliver optimal airflow to the entire chassis (removing the mounts for the 3rd fan on the process) or design the case to function with three fans more explicitly. This solution isn't optimal for anyone. 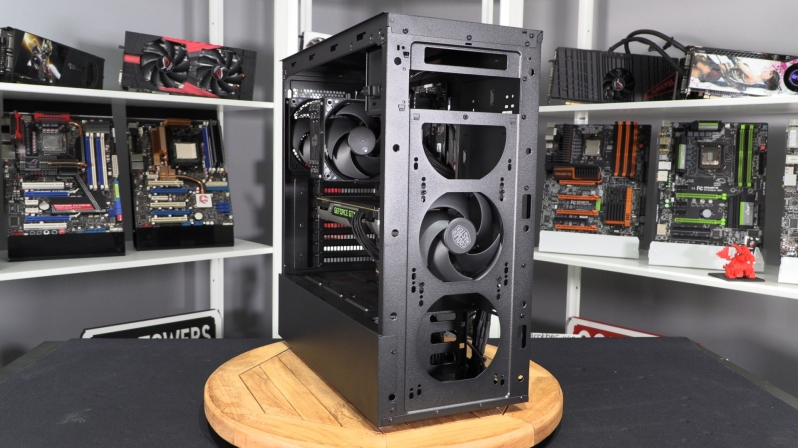