Up Close: Exterior Front and Sides

Up Close:  Exterior Front and Sides

We have to say we're quite taken with the sleek lines of the FT04.  Even the power and reset switches are placed so as not to disturb the form with mere function. 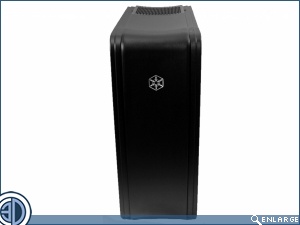 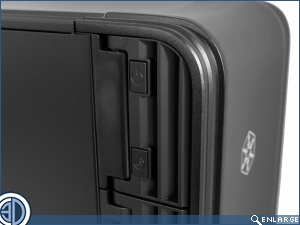 With the power and reset on the left, the two USB 3,0s and a brace of audio sockets are placed equally secretively on the right side of the case.  The only thing slightly marring the lines are the sets of metal strips that permit the door to close magnetically, but really we're just being picky.  The pictures below also serve to best illustrate the louvres built into the sides of the door area.  It's through these that the FT04 breaths in it's fresh and cooling air. 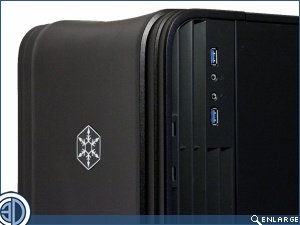 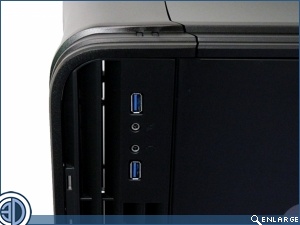 So far we've only seen the case with it's door firmly shut, about time then that we opened it up.  It's hinged on the left side, which makes sense if the case is located on your left, but unlike doors from other manufacturers, it can't be swapped over.  Inside the door there's a full length strip of noise and vibration dampening foam, another hint that this case is aimed at a very different market than the Raven. 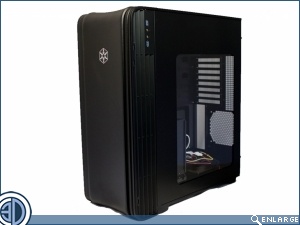 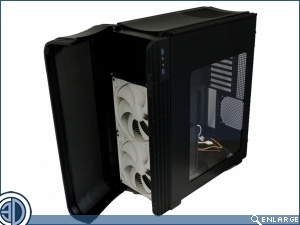 With most of the available front area given over to fans there's room for only a pair of 5.25" drive bays.  The image below right shows the internal aspect of the power and reset switches, which, like the RV04 are simply push throughs which themselves press on inboard mounted switches.  The feel we have to say is a rather pleasant and still a positive short travel press 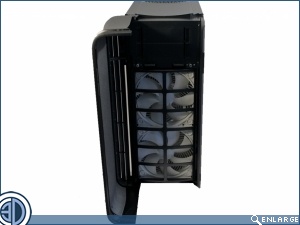 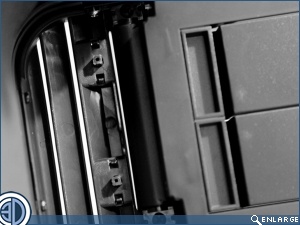 Having only 5.25" bays isn't really a problem these days with the ever quickening demise of ODDs, we're almost at the point where the only real reason for having them is to locate bay reservoirs.  The remaining space in this area is surrendered to two fan controllers, with small chrome knobs, which for some strange reason work the opposite way to how you'd expect.  But hey, this is Silverstone after all why should things be the normal way round? 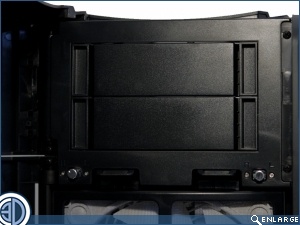 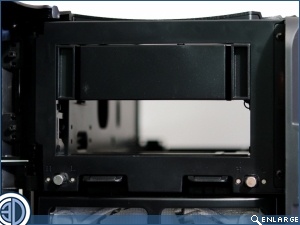 Ah, the majestic AP182s.  It's hard to express in words just how highly we rate these fans.  As quiet as a paedo in a playground, but boy can they shift when they need to.  rated between 500 and 2000rpm there's something here for everyone, the only caveat being their high power draw ideally requires them to be attached to a supply from the PSU, for which purpose Silverstone supply a molex adapter. 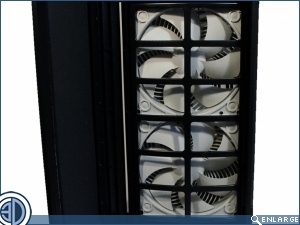 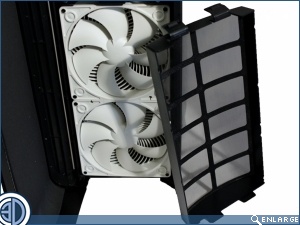 With the fine mesh filter removed we can get a better view of the fans.  As you can see, unlike the RV04 which has matching black fans the FT04 has contrasting white units. 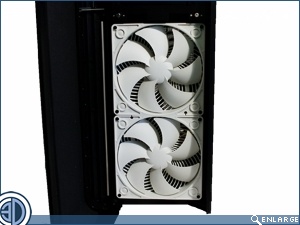 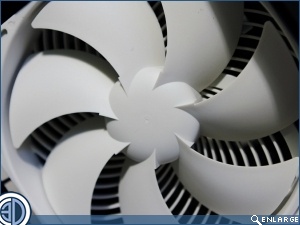