The inverted motherboard sees us routing USB/Audio and Front I/O connections to the top of the case as opposed to the bottom.  The cables supplied are still full length so no problems getting them to reach.  Far from it in fact, there's rather a lot of cable left over.  Guess we'll just have to find somewhere to stash it. 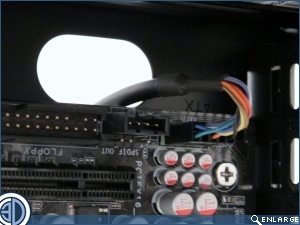 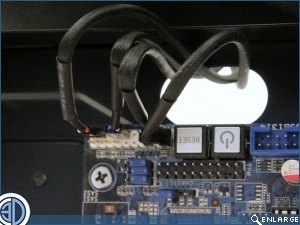 Fortunately with the Cooler Master PSU we're using here there's no need to perform the trick for the 8pin CPU power cable Tom detailed in his review of the RV04.  Had we mounted the PSU the other way up, things would have been a little tighter but would still have reached.  Strange that Silverstone's own PSU's don't quite reach but others do. 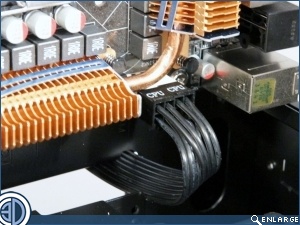 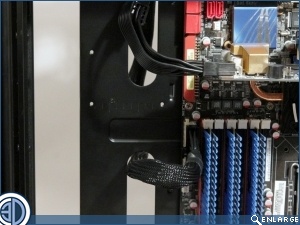 HDDs slip and click neatly into the floor mounted drive cage and with the lanyard fed behind them it's the work of moments to release them back into the wild.  If you're mounting devices into the 5.25" bay area then best you get the screwdriver out again. 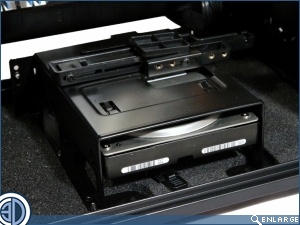 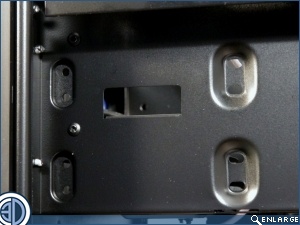 PSU cables are fed through the large cut out at the top of the case.  We've also chosen to route our front I/O cables back into the roof area and then bring them out through the cut out as we think this is the tidiest way to do it. 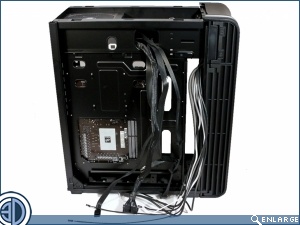 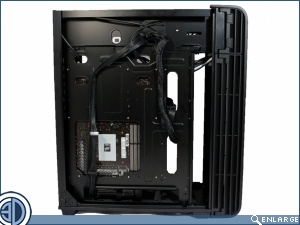 Plenty of well distributed cable tie points and a good smattering of routing holes, including the large apertures along the base and the side make cable management a joy. 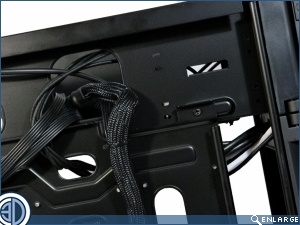 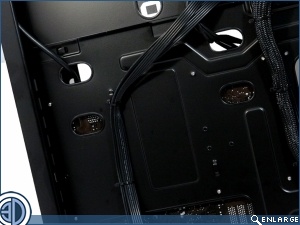 The segregated roof area makes an ideal place o stash unwanted lengths of cable.  Even with devices in the 5.25" inch bays and a longer PSU you're still going to have plenty of room up here, although Silverstone recommend a PSU no longer than 180mm if using ODDs 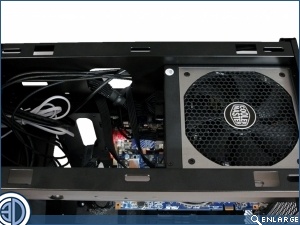 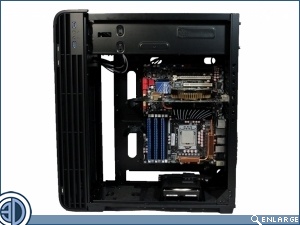