Silverstone have been nearly as busy as we have of late.  Tom's been re modelling the Office and Silverstone have been re modelling and updating several of their flagship lines.  Having recently reviewed the new Raven we now turn our sights on the Fortress FT04, which as Tom would say is the errr, ahem, 4th in the line of Fortress cases from Silverstone.  The case as you will see shares much of its internals with its "Darker" Sibling the RV04, but has a much more understated exterior.  It's also considerably more expensive selling for between £175 and £200.  On the face of it it's hard to see where this money has been spent.  Good job we're here then to have a good look at it before you part with your hard earned moola. 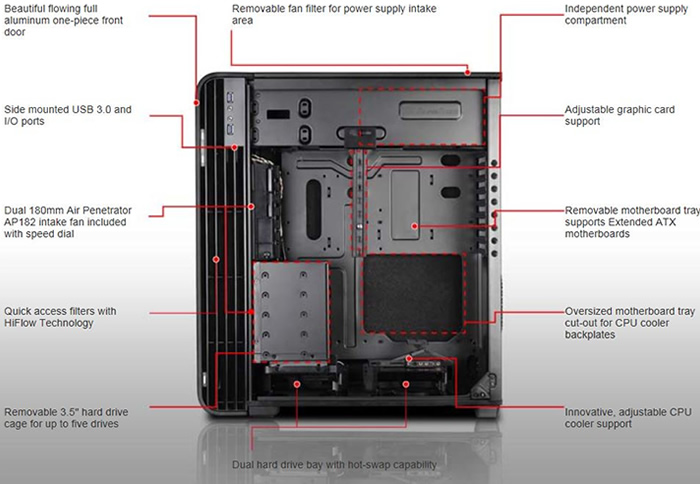