When I first fired up the Kama Meter, it ran the fans at their full rated speed (a feature call Spin-Up Supporting Feature by Scythe). Once I got the fan speed settings the way that I wanted them, the Kama Meter's EEPROM took over and stored the settings in memory. This essentially allows for an automated or manual configuration of your fans according to personal preference. Nice touch Scythe!

The Scythe Kama Meter excels at controlling any four given fans whether they be 80/92/120mm in size. The Kama Meter provides accurate, real-time fan speeds. The Scythe Minebea fans that I used for the review were consistantly read at their rated rpm's, with minor fluctuations being accurately reported as well. Scythe, in their user manual actually states that the level of accuracy achieved may depend upon which manufacturer you prefer for cooling fans, but the Kama Meter liked my Minebea's.

One thing I did notice was that the Kama Meter took a few moments to react to manipulation of the fan speed knob. Why this occured I'm not sure, as the knobs feel very fluid in their movement and didn't show any signs of sticking or slack. It should be noted too that the fan speed knob spins indefinitely either way when manipulated, but once you reach the lowest rated fan speed, the knob doesn't make any difference to further reduction in speed.

One other area of particular interest is the way that the Scythe Kama Meter reports a fan failure or the inability to read the fan's actual speed. Once a fan drops below 400 RPM the Scythe Kama Meter detects it as a malfunction and gives off both a visual and audible alarm to the user. As a result, the display panel starts to flash and the audible alarm is quite loud and shrill...there'll be no confusion about what is going on should it happen. I disconnected one of the fans during testing and sure enough, off went the alarm. 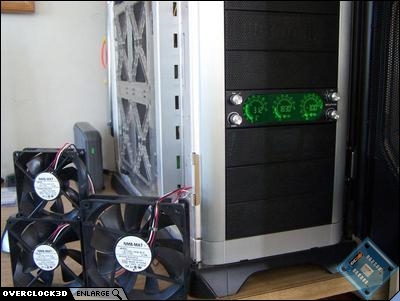 The Scythe Kama Meter is extremely accurate at reporting any given temperatures within its rated 0 - 90 degree C specification. The most variation that I witnessed between the Kama Meter and Kama Thermo/mercury thermometer was a meager 0.3 of a degree C. Not a bad effort I must say.

For some strange reason the Scythe Kama Thermo is designed to emit the same shrill alarm once temperatures reach 90 deg C...I'm sorry, but I would like to know if something is getting that hot, well before it happens. Again, why this alarm feature has been set so rediculously high intrigues me; and alternatively if case temperatures should fall to 0 degrees C the alarm will sound again indicating extreme cold. Perhaps this is one area that Scythe could look at remedying as I personally think the temperature range to report a too hot a case is excessively high at 90 degrees C. 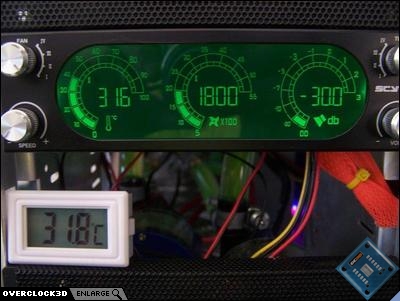 So we can see that the Scythe Kama Meter is quite a flexible unit and extremely accurate for temperature reporting and fan control, but how does it stack up in an holistic sense? Well follow along with me onto the conclusion page and I'll summarise its overall performance there....
«Prev 1 2 3 4 5 6 Next»

FragTek
w00tski, thanks for finishing this up for me mate, appreciate it tons!!

going to have a nice read on this now as i am looking at getting one myself.