A Closer Look and Installation

The Scythe Kama Meter is extremely well constructed. Unlike many other controllers out there that feel extremely plasticy and some-what fragile, the Kama Meter simply oozes durability. 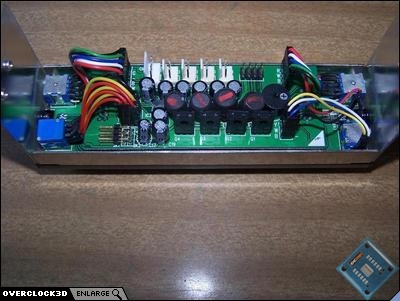 You can see from the above image just how well constructed the Kama Meter is. The electrolytic capacitors on the green pcb seem to be of a very high quality and the other various components equally so. There were no clear markings on the capacitors as to who the manufacturer was, so I have refrained from including a supporting image.

All of the 3-pin fan headers are clearly marked and the power connector is essentially a larger floppy connecter to prevent confusion. For a small and relatively crowded piece of real-estate, the Kama Meter is extremely well laid out and neat. Even the potentiometer (pots) wiring has received the same amount of care and attention, which adds to the overall build quality of this unit. Only the thermal connectors (to the right of the fan headers) are not labeled explicitly, which I have yet to work out why. 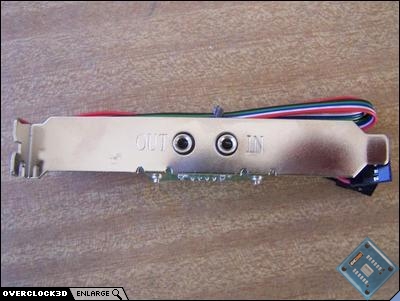 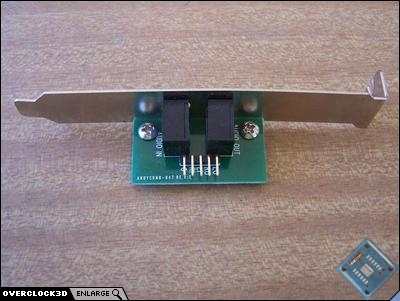 The images above illustrate the Scythe Kama Meter's audio controller blanking plate. It has In / Out female sockets to accept the audio out plug coming straight from your motherboard. The 4 pins that you can see on the rear of the card connect directly to the Kama Meter itself and allows for volume adjustment from the front of the unit.
Installation

Installation of the Scythe Kama Meter is an absolute breeze and requires only 4 small screws to fasten it into one of your drive bays. I do have one area to pick here though! In this day and age where end-users and enthusiasts alike are increasingly using case windows to show off their hardware, it would be nice to see a little sleeving on the extension cables instead of the usual yellow/red and black. The last thing 'bling' fanatics would really want is the additional wiring which would stick out like a sore thumb. Admittedly it is a small gripe, but with increasing numbers of fan manufacturers sleeving their cables we have grown to expect a little extra. Plus it makes the product look finished.

I have taken the liberty of not including an image of the installed audio controller in my review setup as I have a rear mounted radiator that won't permit a clean shot worthy of being included in the review. I have however included a shot from my aircooled AMD case which is a little less cluttered at the rear (so you get the idea). If you use onboard sound then you may find this feature useful for adjusting the volume of your music or gaming. But with the majority of people chosing to use a dedicated sound card, the audio controller will not be utilised and would simply provide additional case clutter. 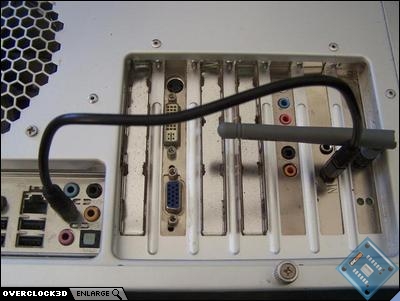 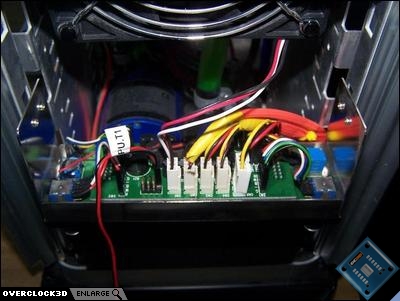 The Scythe Kama Meter looks right at home in the front of my PC don't you think? And the black faceplate matches reasonably well with the matt-black finish on the drive covers. 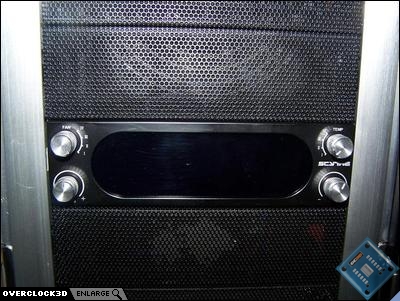 Firing up my PC I was greeted with a vibrant display of colours thanks to the Kama Meter's auto colour change mode. 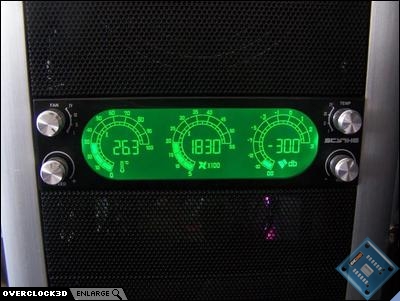 The display of colours avaible with the Kama Meter are as follows - Blue, Purple, Sapphire, Green, Orange-Green, Red and Violet. I have included an image which illustrates perfectly what information the Scythe Kama Meter will report back to you - the owner.

You can see from the above image just how much monitoring information the Kama Meter provides, and the interface is very clean and uncluttered.

FragTek
w00tski, thanks for finishing this up for me mate, appreciate it tons!!

going to have a nice read on this now as i am looking at getting one myself.