When we last revamped our heatsink test system, quad cores were the norm. Higher core counts were expensive and remained exclusive to the HEDT community, leaving Intel's i7-6700K as our best candidate for testing consumer-grade CPU heatsinks. A lot has changed since then.

At the time of writing, Intel's mainstream CPU sockets can support up to 8 cores and 16 threads, and on the AMD side core counts as high as 16 are supported. The quad-core era of 2016 is now over, which means that we need to rethink our CPU testing methodology.

While moving to a newer testbed may seem easy, it must be remembered that legacy results matter. Yes, we will build up a new bank of results over time with our new testing equipment, but legacy results matter. People want to know how new coolers compare to heatsinks like Noctua's NH-D15 or Closed-Loop Liquid Coolers (CLCs) like Corsair's H100i, which means that we have a lot of retesting to do.

While AMD's AM4 platform sounds ideal for heatsink testing, with its higher core counts and newer X570 motherboard platform, it is worth noting that it had a downside, variability. With features like XFR and highly aggressive boost clocks, the thermal output of AMD's latest Ryzen series processors is highly variable, making exact thermal testing difficult. This factor is why we opted to use Intel's i9-9900K, as it offers increased clock speed stability and less run-to-run thermal variance.

In our testing, we are using an Intel i9-9900K at fixed voltages on ASUS's ROG Maximus XI Hero WiFi motherboard, with its BIOS set to offer 100% current capacity with load line calibration set to level 8. Fan speeds on our chosen case, Corsair's Obsidian 500D, will be fixed to 1250 RPM (54% speed) to help ensure that the only differentiating factor in our thermal tests is the heatsink we are testing.

100% perfect thermal testing is impossible when using consumer-grade hardware, but we have done what we can to minimise any potential variable. 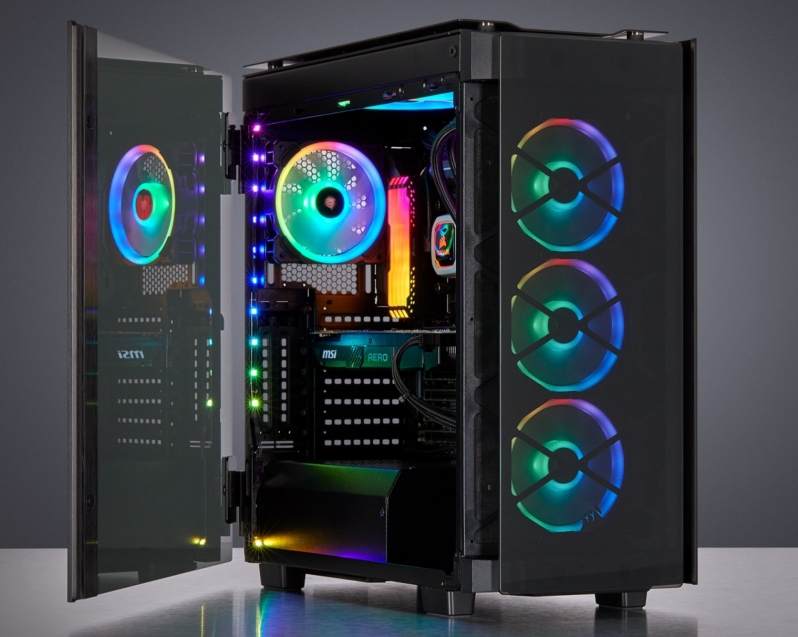 Below are the full hardware specifications of our new heatsink test system. This system will be kept offline to prevent Windows updates or other software changes from interfering with our thermal testing.

Our results are taken using average CPU thermals across all cores under a sustained CPU load. We use Prime95 version 26.6 with Small FFTs enabled to maximise CPU loads and heat production. This stress test is much heavier than most consumer-grade CPU loads.

AlienALX
Great test. Surprised to see the Noctua so low down tbh.Quote

WYP
Quote:
Remember that we have a lot of AIOs in there, and loads of 360mm models.

Jaxel
I use a Cooler Master ML240 in one of my PCs... I would not recommend this cooler to anyone. It cools fine. But every few minutes or so, it gurgles.

I also do not recommend most other AIO coolers either. I 3D print a lot of cases, and what I noticed is that for a lot of these coolers, the tolerances on the actual radiator are complete garbage. The holes are not always exact. If you have a case which has variable hole spaces, they should work fine. But if you have cases which expect holes to be exactly 105mm apart, and they are 103mm or 107mm apart instead, you will have problems.

The best tolerances on radiators I have seen are from Deepcool GamerStorm. I highly recommend the GamerStorm Castle 360EX.Quote

AngryGoldfish
I'm impressed at how comparable the 280mm Celsius+ is to the 360mm. Given the £30 price difference, if my case could fit the 280mm rad, I'd just go with that.


Quote:
In fairness, the ML240 is over two years old now. In that time pumps have improved substantially in terms of quietness. I jumped aboard AIO's a few years ago and found them to be obnoxiously noisy. I moved back to air cooling and have been very happy. But since then Asetek have released a few iterations that across the board have improved noise levels. If I were building a new system, I'd consider an AIO again.Quote

AlienALX
Oddly AMD recommend a 280 for Ryzen 3900x and 3950x. Maybe they have just had more R&D recently? IDK.Quote
Reply