As with most cases these days, and indeed with a great many female Instagram models, there's a lot more going on at the rear than there there used to be!  Our attention is instantly drawn to the box of tricks and the cable management channels.  Let's have a look in a little more detail shall we. 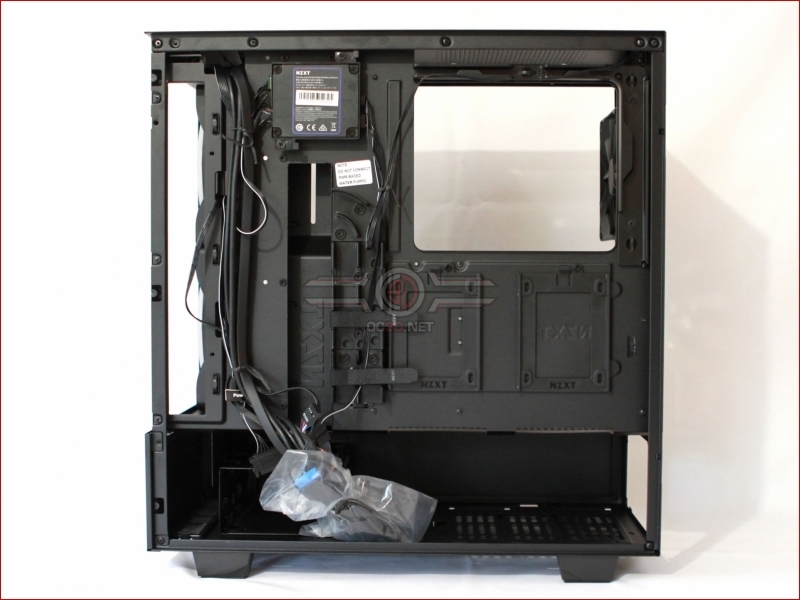 The box of tricks is in fact NZXTs Smart Device V2.  It's connected by an internal USB2.0 and can be used to control compatible smart devices via the downloadable NZXT CAM app. 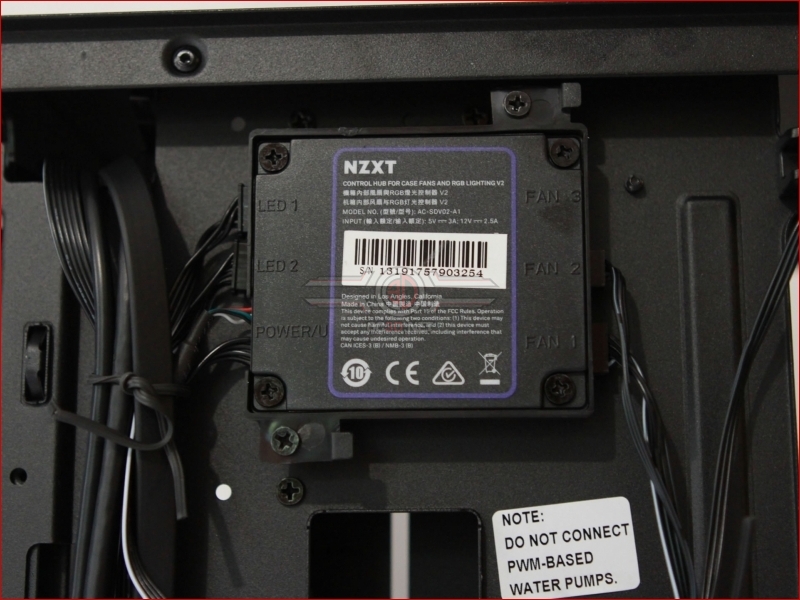 NZXT quote 19-23mm of cable management space, the larger figure of which would agree with our own measurement.  The 19mm measurement comes about as a result of NZXTs cable routing solution, more of which in a moment. 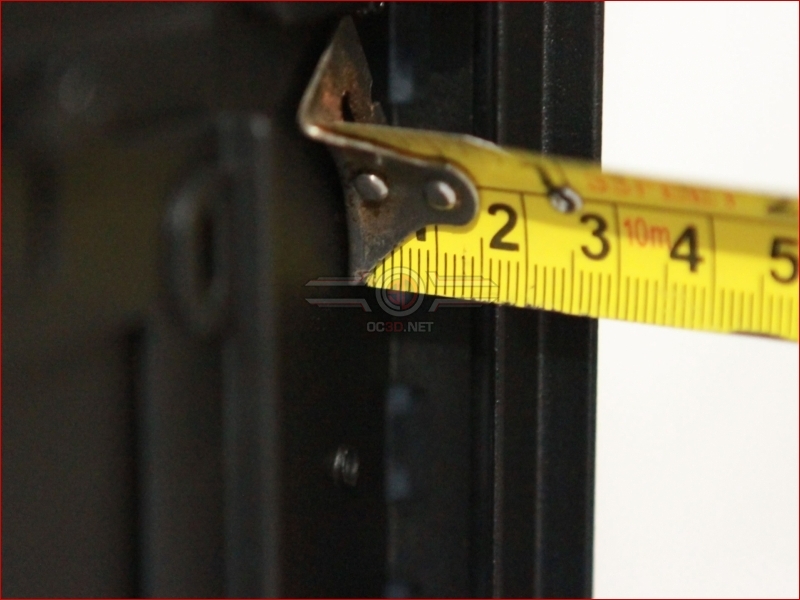 We can't actually recall ever seeing a cable routing solution such as this, which is probably for one of two reasons.  The first is that no one else has ever thought of it, and the second being that others have not only thought of it, but tried it, and found that it didn't work.  I wonder what our impression will be?  Should it be successful, it's designed to guide your 24pin cable as well as smart device cables and we guess the PCI power cables. 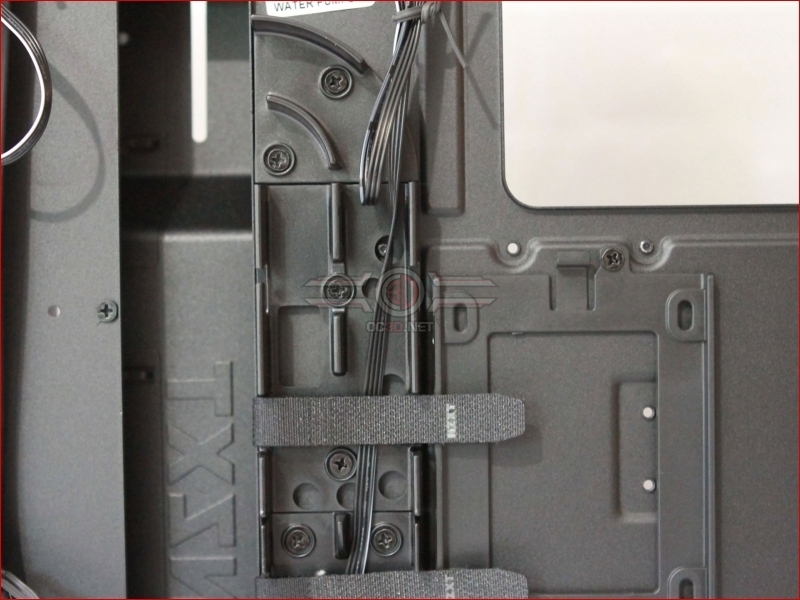 Also back here we have a pair of 2.5" stealth mounts, either of which can be moved tot he front if you want to show off that expensive SSD. 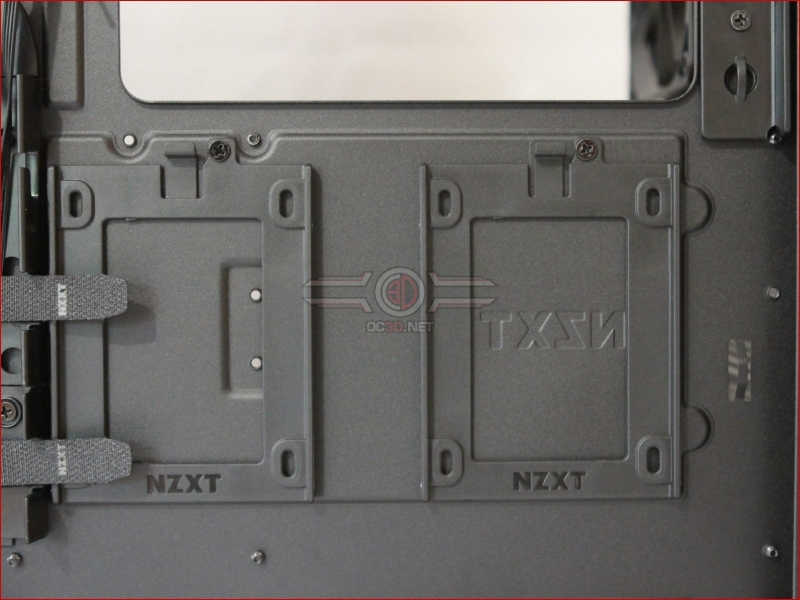 The PSU compartment is quite cavernous, with room for the very biggest PSUs.  Sadly the raised areas on which the PSU will rest don't have any form of padding on them, which could lead to potential vibration transmission issues. 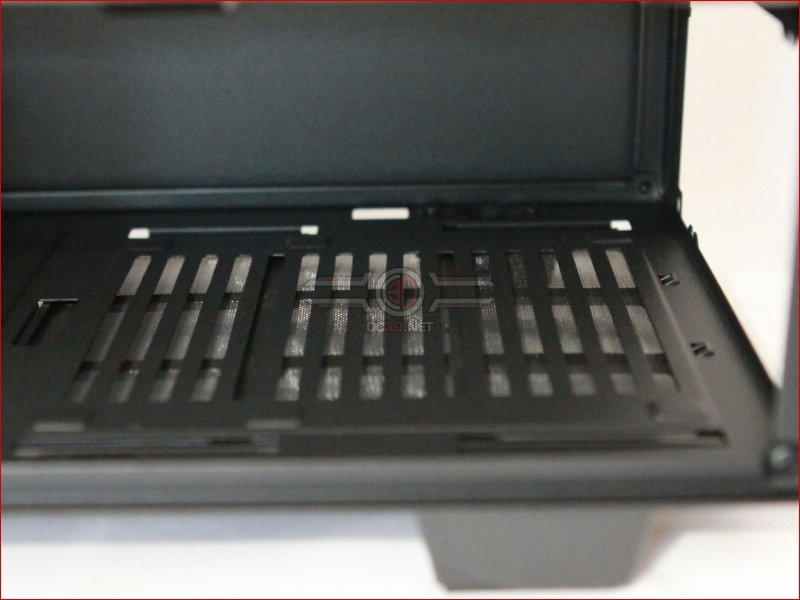 NZXT haven't completely abandoned those who not only need fast access to their data, but also need to store loads of data locally as they've supplied a cage that will hold up to three 3.5" drives.  The case is pretty bare-bones though, as there aren't any caddies or trays supplied, so if you're going to use this, you're going to have to go old school and screw the buggers in.  Again, we notice no rubber dampening, so let's hope vibration isn't going to be a problem. 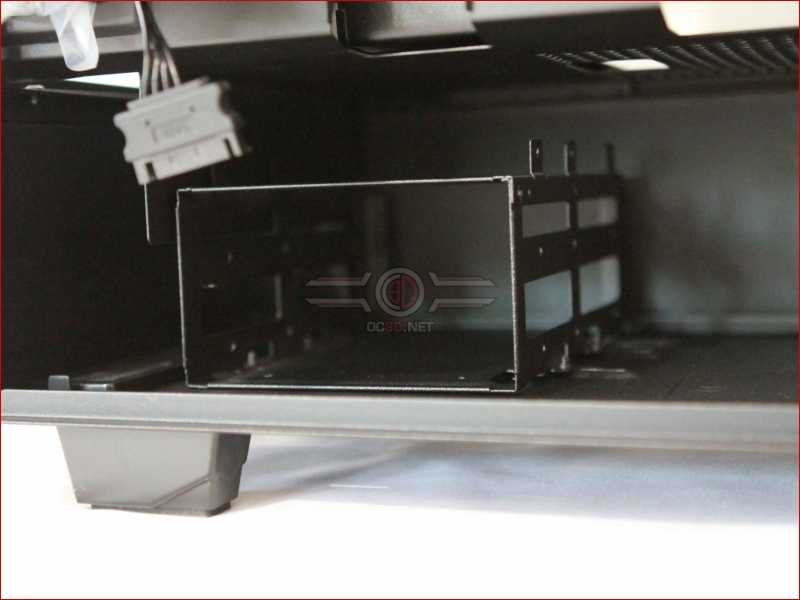 At the very front of the case behind the glass, but forward of the fans is filtered inlet.  Useful though this inlet is, we can't help but think it would have been better to have made it removable from the outside, rather than having to take the side panel off. 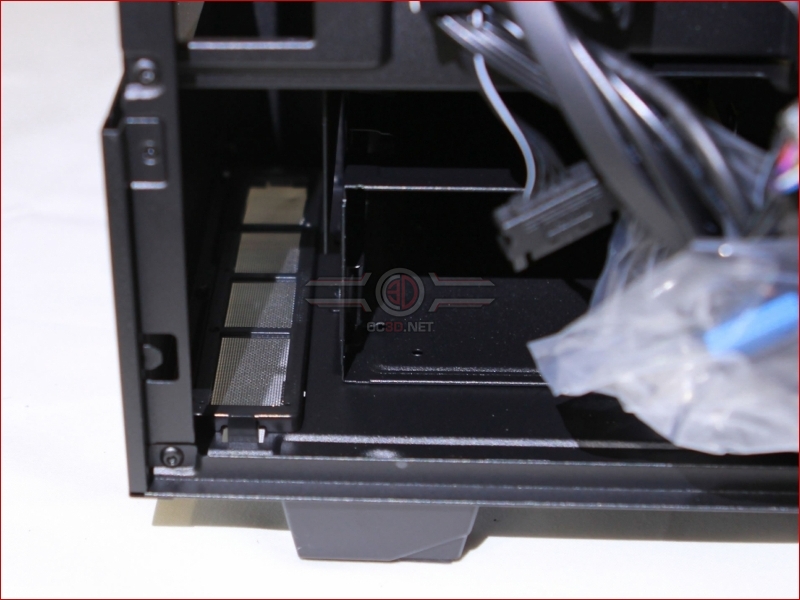