All nice and clean looking in here.  Although to be honest we were hoping for at least some of the cable management holes to be rubber grommeted, especially those at the top for the CPU and some fan cables, and those along the bottom of the motherboard area. 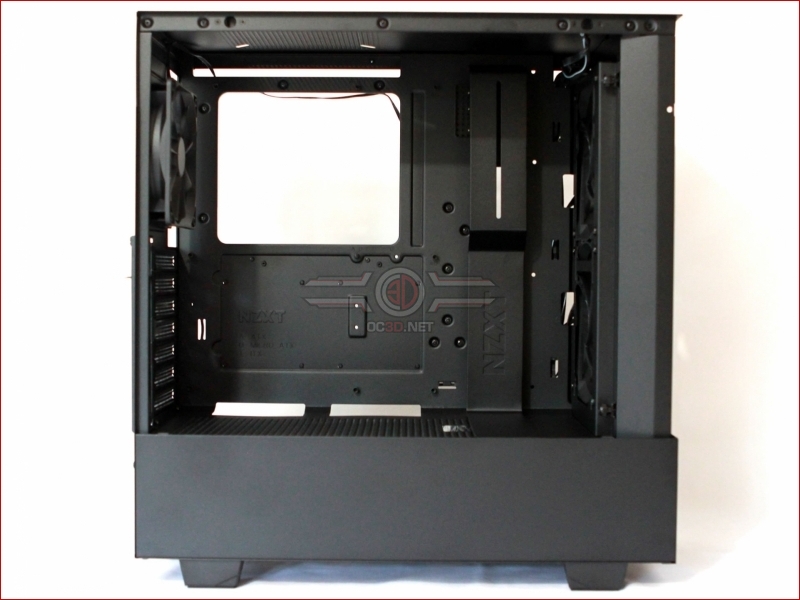 We do though appreciate that the vertical cable bar does a very good job of hiding the major cables, and looks like it will be pretty easy to work with. 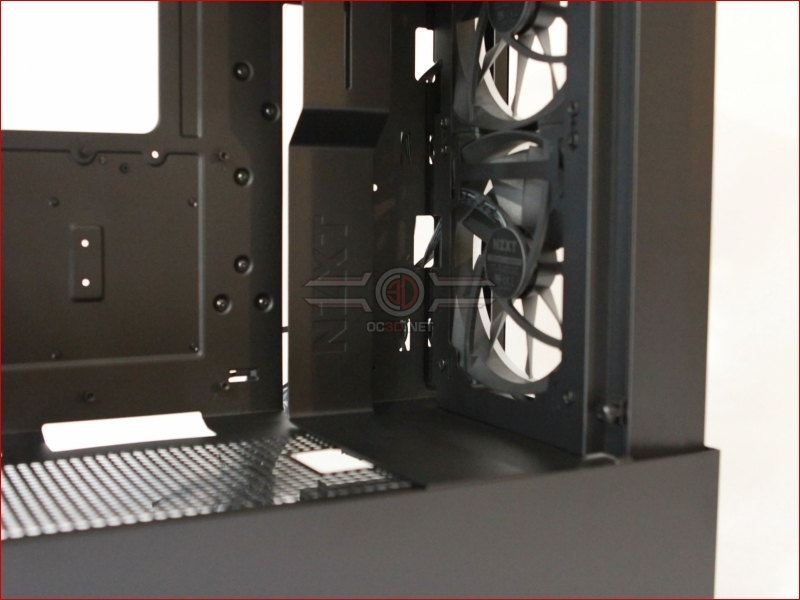 In the bottom of the case there's a CPU shroud which is ventilated only in its rear part, which is fine for us as there's no need for anything more than this to be ventilated.  It's also possible to mount an SSD on here, but you will need to use one of the caddies from the rear, as an additional is not supplied. 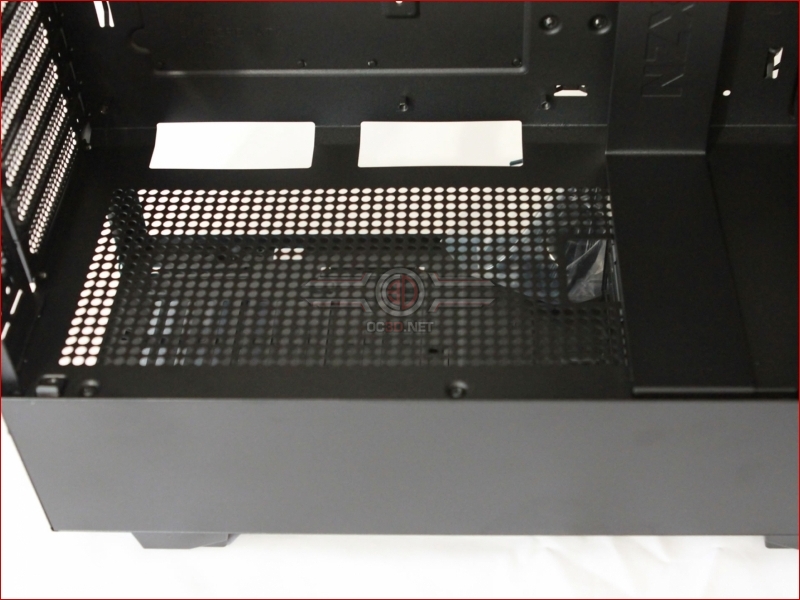 From the inside we can again see the 7 horizontal, and 2 vertical PCI covers. 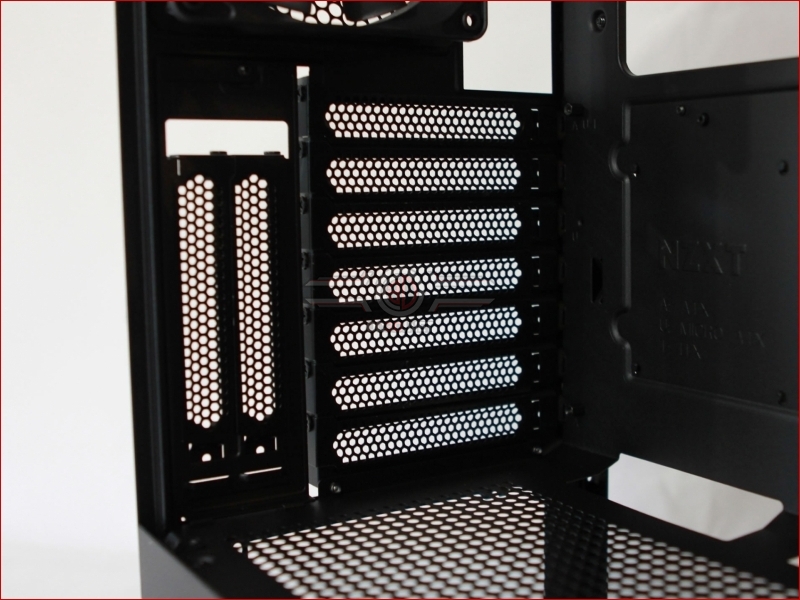 Looking up into the roof we observe that the rear fan is a boring non LED unit which is a shame in a case that plays so heavily to its aesthetics.  We also see the area in which its possible to mount a 120mm or 140mm fan should you so desire. 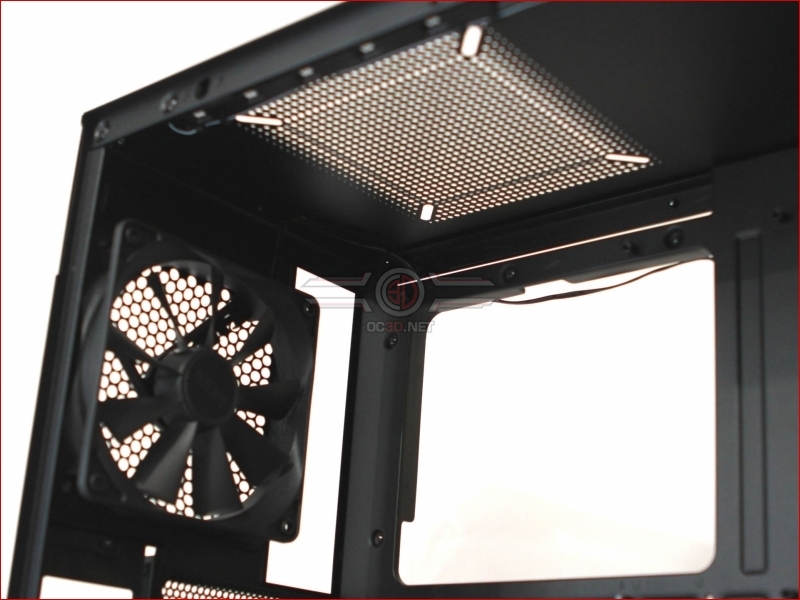 The rear fan might not be LED, but there is an RGB LRD strip which covers most of the length of the roof of the case.  The way it's positioned, it should stay well out of sight, whilst at the same time giving good illumination to the interior. 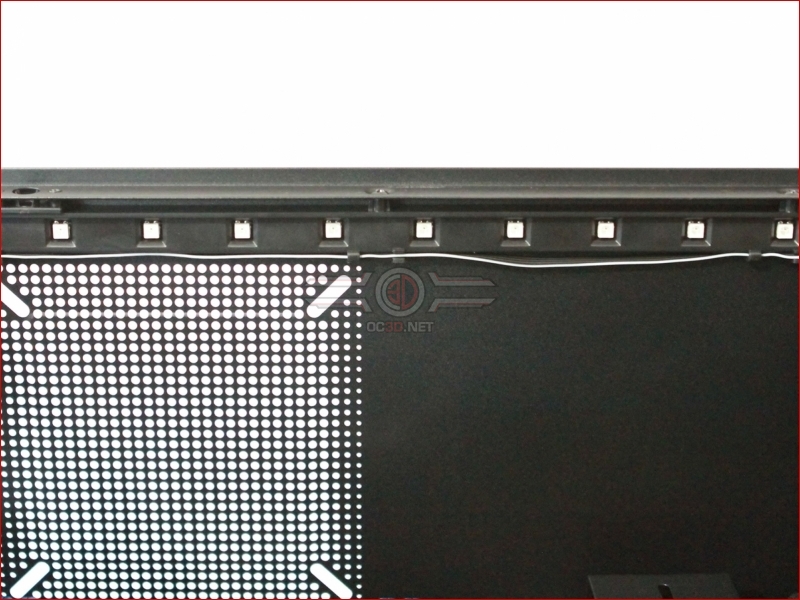