Let's get one thing straight from the get-go.  The H510 Elite is stunning, simply stunning.  It's the sort of case that if it drove past would casue you to bump into a lamp post as you oggled it.  As someone who used to keep tropical fish it reminds me a little of a tank set up where all the ugly parts were kept out of sight in the lower section, with the beauty of the illuminated aquatics on show in the glass chamber above.  To be honest, things aren't too different with the H510 Elite, as we can see the majority of the case is given over to slightly smoked tempered glass, with only the lower fraction hived off in apparently seamless Matt Black. 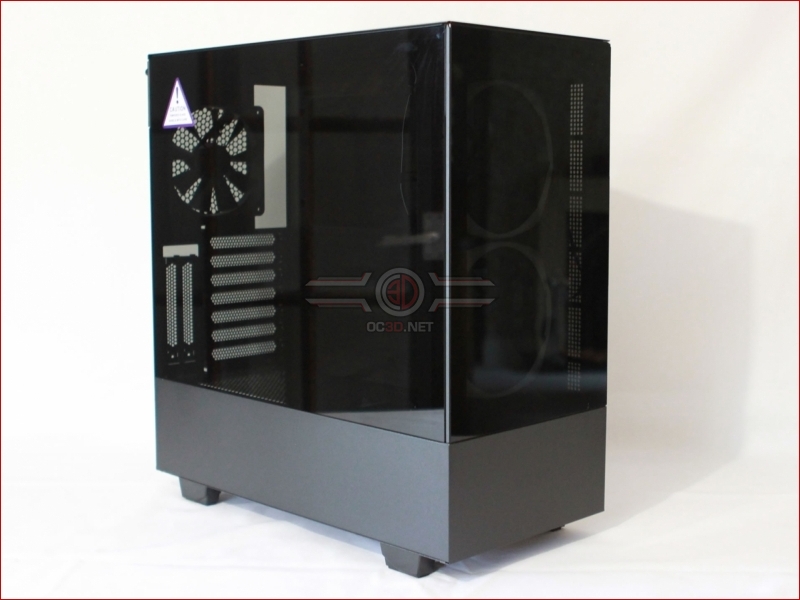 The left side of the case may not be as stunning, but is actually more functional when we compare performance with aesthetics, as it actually contains a full length air inlet that enables pretty much the only intake area of the Elite to suck in that cool refreshing air.  There is another inlet at the bottom, but we'll look at that later. 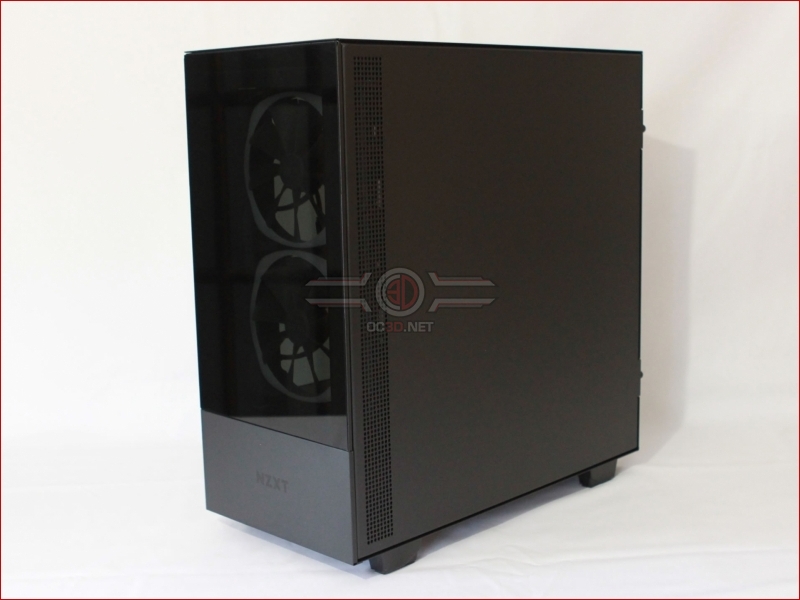 The front of the Elite is a slab of slightly smoked Tempered glass that appears to blend seamlessly with its bordering panels.  Below it is a Matt Black panel with the NZXT logo, which, unless illuminated appears to only appear when the planets are correctly aligned. 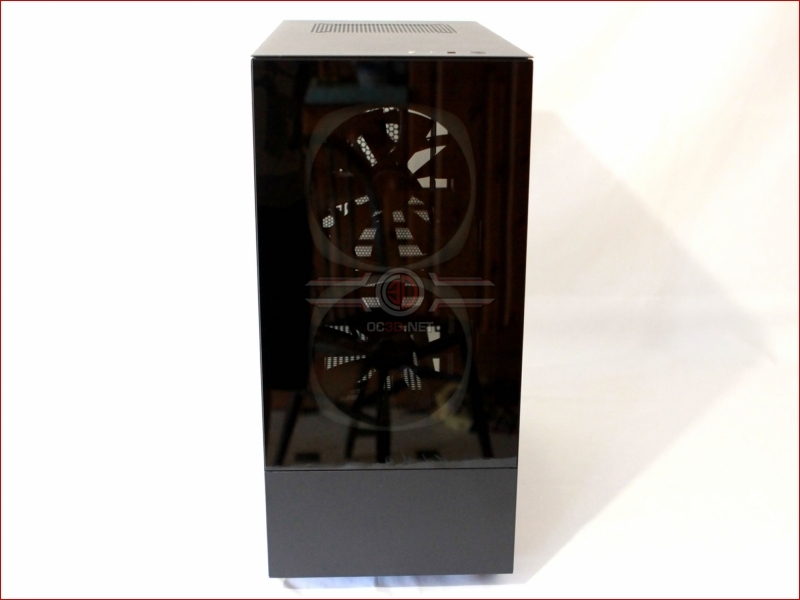 Having waited some days for said planetary alignments, we can now show the NZXT logo in all its currently non illuminated glory. 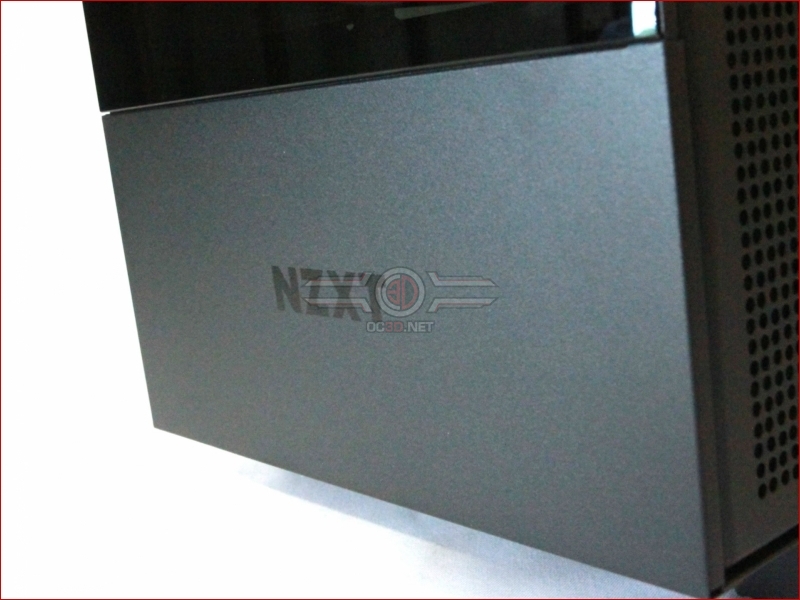 Back to more earthly matters, the roof of the case is largely uninterrupted save for a very small I/O area, and a mount for 120mm or 140mm fans.  If we're honest, we'd like to have seen this as a dual 120 /140mm mount, and perhaps with a magnetically attached mesh cover to improve both function and the aesthetic on which is, an aesthetically based case. 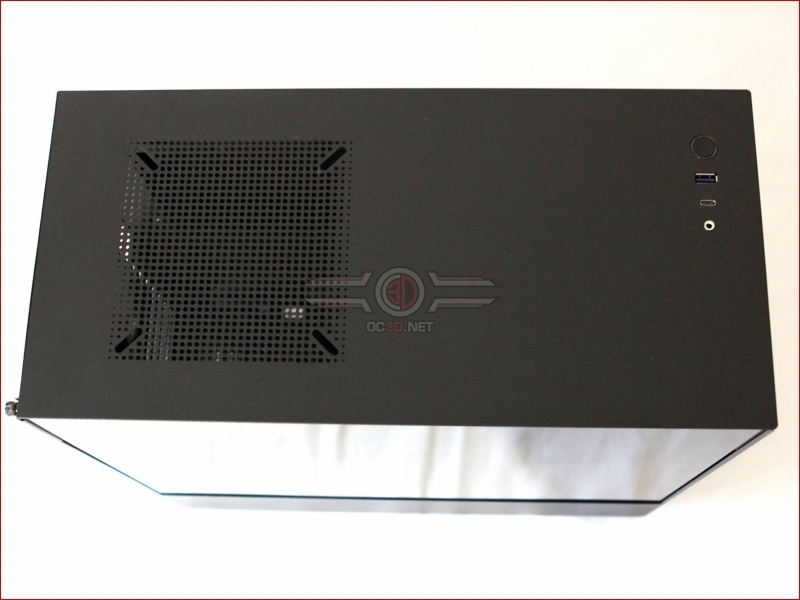 The days of needing or wanting to have several devices and USB drives plugged into the front of your case are gratefully behind us and as such this has enabled NZXT to make the front I/O one of the most minimalist we're ever seen, and we like it.  Along with a power button you get 1xUSB Gen 3.1 Gen 2 type C, 1xUSB 3.1 Gen1 Type A, 1x Headset Audio Jack (adapter supplied). 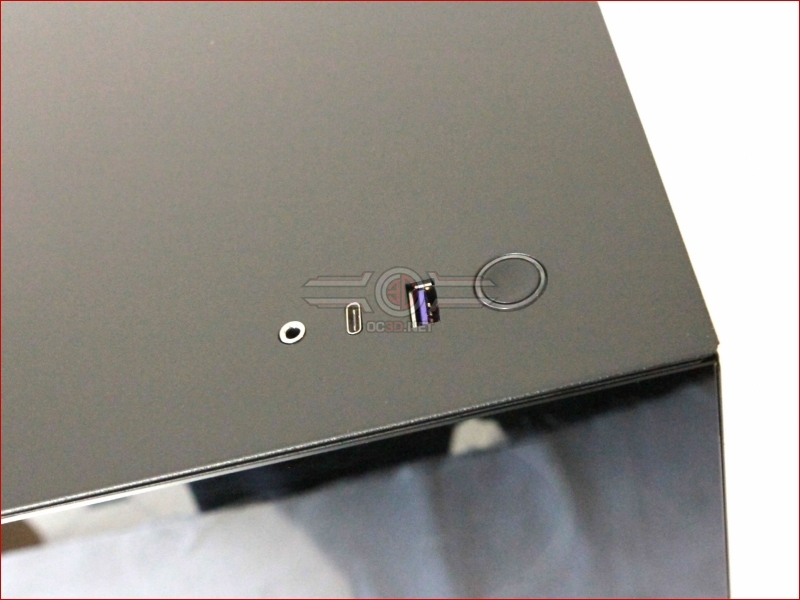