The silent or quiet cases market used to be a very specialist area, now it seems every manufacturer has their own silent line. There are some unique designs out there but for the most part they all have the same basic design and layout, NZXT plans to change all of this with the H440 though and wants to turn all previous designs on their head. Let's save the waffling that hardly anyone ever reads and move swiftly on to the specifications and the video review. 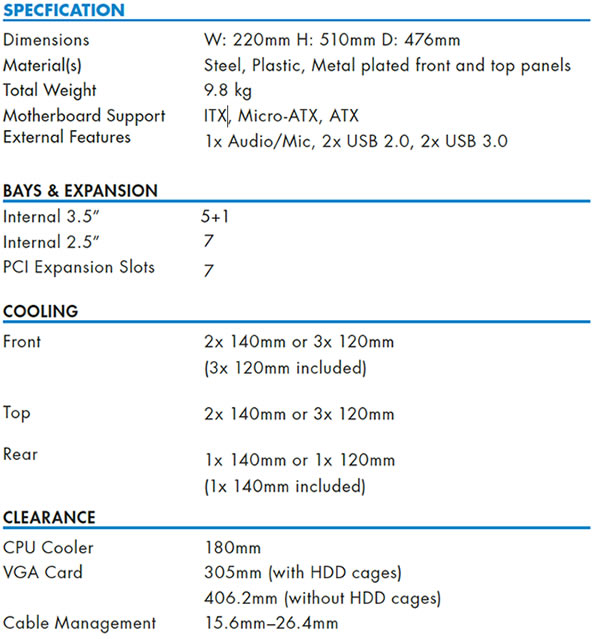 The conclusion for the H400 is actually pretty difficult to write, mainly because we could find very little wrong with it. The design is minimalistic or simplistic depending on your point of view but all here at OC3D agreed its a mighty fine looking case. Just getting rid of the optical bays has made the front look so much cleaner, yes that's right you read correctly..... The case does NOT support an internal optical drive and in our opinion is much better for it. It's touches like these that make you realise NZXT isn't afraid to make cases for an enthusiast rather than the mainstream 'doesn't know any better' user. The PSU cover is yet another sign of this. Sure its something that has been seen in many a custom build but its the first time we have seen something from a manufacturer and its actually been really well implemented. Another good point about the PSU cover is if you use cable extensions it won't make your OCD go nuts because the normally exposed plain PSU end of the cables will be covered up! The clever LED lit NZXT logo in it stops it from looking like just another part of the case and actually manages to make that cover rather a cool feature. It's worth noting it is a fixed feature of the case and the SSD mounts on top of it are also a rather 'forced' design option because removing them reveals rather unsightly slide mounts. It looks the bomb with them fitted though and in short you must use them!

So its a 'H' series case meaning hush and this means its part of NZXT's quiet range of cases, there's sound deadening foam in both side panels, under the roof and front panels also. Thankfully NZXT has realised since the H2 that you can actually find nice sound deadening foam and we all enjoyed poking the panels on this for ages. All in the name of testing of course!

Airflow wise its not the most free flowing of cases but in the same breath we don't think its very restrictive either. High airflow and low noise just do not go hand in hand, it's like Charlie Sheen and rehab.... They just don't go together. We do need to make a point very clear though, a well tuned system with low noise fans will not find this case very restrictive. It's only when you really want to push the envelope with high performance fans that things will start to be held back, luckily that's not what this case was designed for.

Water cooling options on the H440 are awesome, especially when you consider the price. You can fit a 30mm thick radiator up to a 280mm or a 360mm in the roof with a single set of fans (this obviously covers most AIO's like the Kracken X60 and the H100i) and you can fit the same size rads in the front but there is room for a monster sized 80mm thick rad including push pull fans! You would have to chose your pump and reservoir wisely but compact options are widely available that would fit under the PSU cover.

All in all NZXT have come a long way recently and all of us here think the H440 is one of if not the best enthusiast case they have produced yet. With so many enthusiast based design touches plus awesome water cooling support in such a small and well priced package is amazing an undoubtedly worthy of the OC3D Gold award. 18 months ago we produced the OC3D White Gold award but as yet had not found a product that we felt deserved our highest accolade. The Corsair 540 came pretty close but we are happy to announce that the H440 clinched it. A mixture of the price, water cooling support and finally the brave choice to have no optical bay support is what swung it. So congratulations NZXT for being the first manufacturer to ever be awarded the TTL White Gold award! 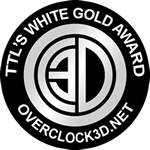 Thanks to NZXT for sending in the H440, you can discuss your thoughts in the OC3D Forums.

Feronix
That is one epic score O_o'

*Goes to make coffee so I can watch the video*Quote

AverageNinja
Damn with that award it has to be good! Watching the video now

EDIT: Just noticed that in the first line of the written conclusion, you wrote "H400" instead of H440, thought I might point that out

Not finished watching yet, but I'm really liking the review and the case so far

Edge
Gotta admit that it's a thing of beauty. I love the blank faceplate so much. Like you said, really good to see manufacturers designing for the enthusiast who aren't going to be using optical drives. I was pretty set on the 760t before I saw this.Quote

SieB
I'm thinking about getting a new case and this has just made it on to my list of possibilities, lovin the PSU cover and the overall design.
The 760T is looking pretty awesome as well though.. i'm in no hurry to buy so i'll probably wait a while and see how the 760T looks when reviews drop.Quote
Reply