The Performance and testing in this review is going to be a little different to how we normally do it, as we're not actually here to test an AIO or Tower heat sink, and see where it fits into our graphs, but rather to see what sort of impact, if any these slimmer fans have on the performance of a system.  As already discussed, the main selling point of the NF-A12x15 is it's slim 15mm depth.  In the image below you can see it atop a standard 25mm thick unit.  The big question of course is will the NF-A12x15 be effective enough when partnered with an AIO.

For the testing we will be mating a pair of NF-A12x15s to a CoolerMaster MasterLiquid Pro 240 AIO.  As a means of comparison we'll also be mating the Pro 240 to a pair of standard Noctua NF-12s 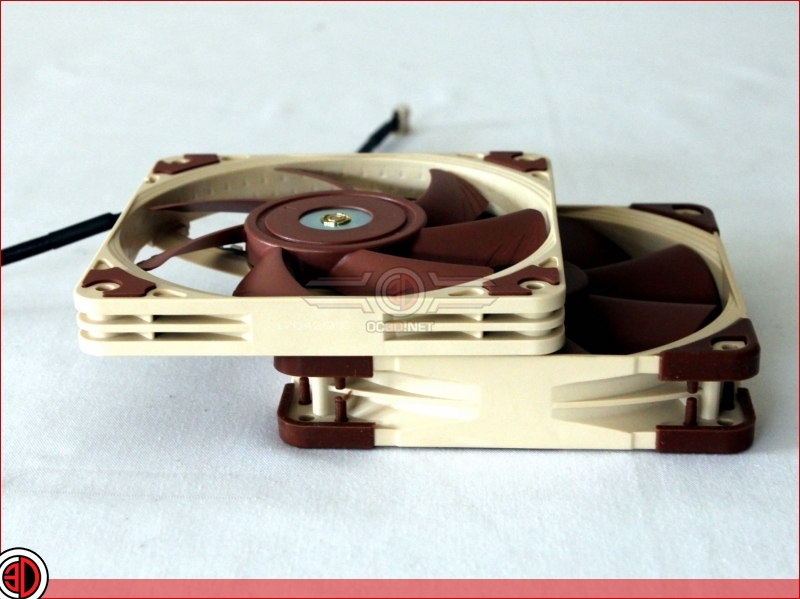 When we mount the NF-A12x15s on the rad of the AIO, it suddenly becomes apparent that this drop of 10mm might just make it possible for some rads and AIOs to be fitted into cases that don't have room for a rad and a standard fan.  OK, so they don't exactly create an aethetic colour palette, but thankfully, as the fans will be tucked away up in the roof of the case they shouldn't be seen. 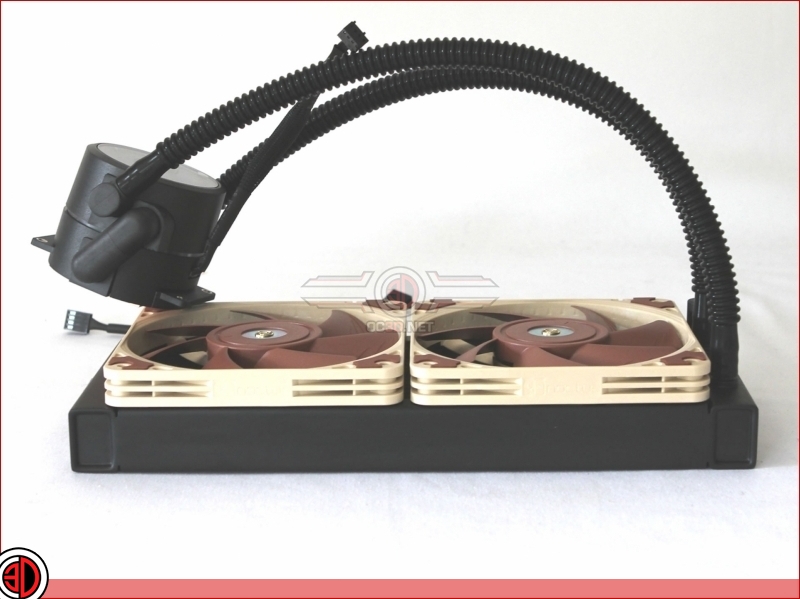 As you can see, the slim fans drop the thickness of this particular combination from 55mm to 45mm.  A drop of 10mm is undoubtedly an advantage when it comes to getting things into tight spaces, but what impact will there be on performance? 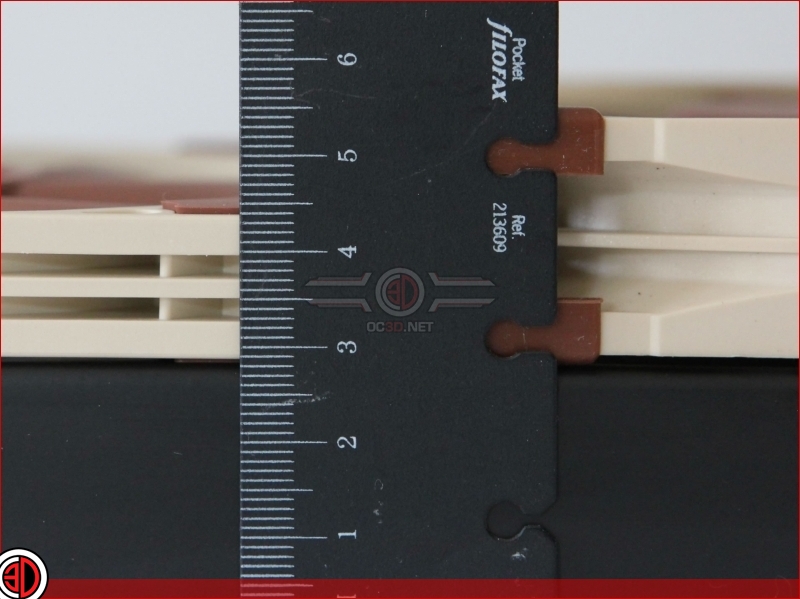 We're only going to be testing Kaby Lake at 5.0GHz, as it will serve as a metric for performance across the board.  As you can see the two fans performed almost identically, with one main difference that can't be seen on the graph below.  For the slim fans to produce the Air flow and static pressures they do, Noctua have had to ramp up the RPMs giving the x15s a fan speed of 1850 as opposed to the more sedate 1300 of the NF12s.  This of course means that the x15s are noticeably noisier, producing a given 23.9dB(A) as opposed to the quieter 19.8dB(A) of the standard NF-12s

Peace Đ
Well if there's a brown colored cooling liquid, I'd build a brown rig with transparent hard tubing. Together with some RGB lighting set to brown and a nice toilet case mod, it'd be perfect. I'd call it "The Brown Storm".

Digikid
Found an error in the review...

"The fan and accessories are further contained withing a plastic formed case that inserts into the outer box, and keeps everything nice and tidy."

mb67
I'm using the Noctua slim fans on my Kraken X52 AIO, but because they clash with the color scheme of the rest of the build I did a little painting mod on the outer edges.

dwatterworth
Perhaps slim Redux fans are up next for a color change?
I've got the industrials with black vibration dampeners and couldn't be happier.
Noctua, you HAVE the technology!
Offer the different colors!

On the other hand the color choice always does differentiate them aside from the excellent performance. You know it's a good product when it's a given the performance is there but you kind of assume the fellow who was responsible for the gray / black bodies/blades was taken out back and shot.Quote
Reply