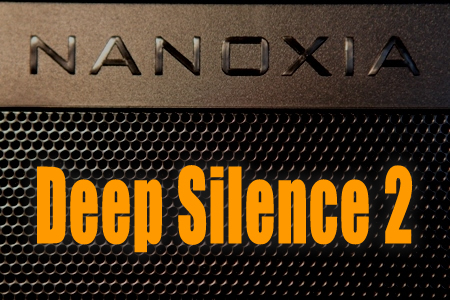 If you're a regular on the OC3D site you'll no doubt have seen the review of the DS1 just a few short months ago.  What you may not be aware of though is that Nanoxia have a mark II version of this case which can be had for about £20 less.

Thankfully Nanoxia do not appear to have changed too much (if it isn't broke, don't fix it) staying with the formula that made the  DS1 such a success.  Like the DS1, the DS2 is a "silent" case, with simple blocky aesthetics.  Sound insulation is in abundance coupled with 3 of Nanoxia's own low noise 1300rpm fans.  There's ample storage and expansion options as well as the ability to accommodate E-ATX Motherboards.  Couple this with native watercooling support and it's tempting to think that this could well be another hit for the German Manufacturer.

Don't go thinking though that the DS2 is an exact clone of the DS1, there are some subtle but important differences which to an extent explain the £20 drop in price.