Introduction
Bill Owen, the guy behind MNPCTech, has been a professional modder for many years and has an impressive portfolio. Which includes the incredible Project: Phenom for AMD and more recently the Cooler Master Storm “digital camo” Scout. However, MNPCTech is known for its case modding accessories too. Here is what they say:
“I started Mnpctech.com in 2001. MNPCTech has modified computers into unique custom designs for clientele around the world. In 2002, MNPCTech expanded into design and manufacture of their own line of case modding accessories. In 2007, I was the first professional modder to be commissioned by computer processer giant, AMD. Later that year I recruited master painter Brad Galvin so MNPCTech could offer custom computer finishes rivalled by no other painter in the industry. At MNPCTech, warranties are voided and traditional thinking is always tossed out the window on a daily basis.”
Case modding has been a craze throughout the world; just take a look at our case modding section. This craze has attracted the attention of large and small companies alike. They all have one thing in common. They have been attempting to make modding accessories; some do a better job than others in making your mod stand out among the crowd. Most make plastic or acrylic accessories, MNPCTech pride themselves in their billet aluminium products. They have been making machined case feet and handles for many years, but by tossing out the traditional way of thinking. They more recently have released their fan grills and now radiator grills as well.
Bill was kind enough to send us one of the first of his brand new radiator grills, before they even hit the shelves. How will it compare to other radiator more traditional grills?
Packaging
I have had a good few MNPCTech products in my time as a modder, and there was no surprise when I received the grill in its very simplistic packaging. MNPCTech never over package anything. The grill itself is wrapped simply and effectively in a thick plastic which has been heat wrapped onto the grill. This was wrapped in a single sheet of brown paper to protect it from scratches. This is most definitely they greenest packaging I have ever seen in a product, even from the so called green companies. 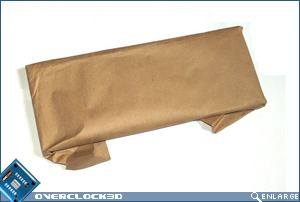 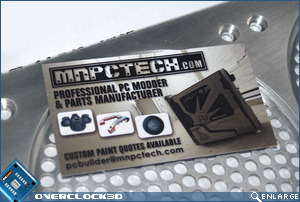 Through the wrapping you can see a MNPCTech business card, show casing Project: Phenom, and of there is course also the grill. Which at first glance looked like it was badly scratched but on closer inspection it was the plastic wrapping giving off the illusion. 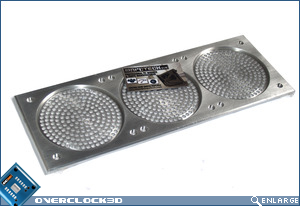 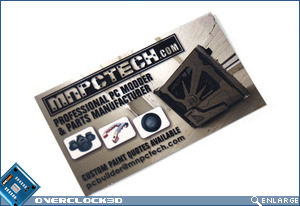 Also included are the 12 screws that are needed for installing the grill. Each grill is going to be supplied with 6-32 stainless steel socket head screws for attaching the grill the radiator with the fan in between. However our early model has 8-32 holes so we will be using pan head machine screws instead. These pan head screws will not be able to fit with the final grill. These screws are only 31mm long and therefore, you can only use the supplied screws with 25mm fans.
«Prev 1 2 3 Next»

monkey7
Nice grill, but painful price :X I'd prefer to do something similar inroof.Quote

It can be anodised right? So I don't necessarily think that people are going to hate it.Quote

Kylevdm
Quote:
That it can, I am expecting a black version to come out with it too. Will email them about it in the morning.Quote

Bungral
case modding link on the first page is dead.. Also you have a double 'that' in the conclusion.

Apart from that nice review mate

... Took a rather run of the mill product (even a fancy pants version) and wrote a few pages on it that were interesting.

Still toooooo expensive for me for what it is.. Chuck in postage and possible taxes and it's crazy.Quote

Yes been Ali it can be anno'd which costs about £6 a piece, minus UK shippingQuote
Reply