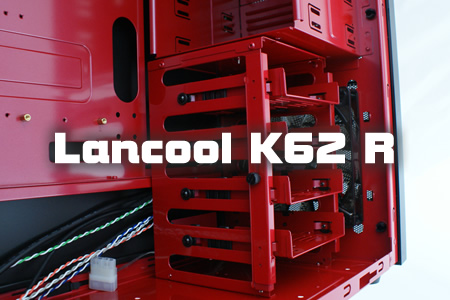 Lancool is not a name that immediately springs to mind in the UK hardware scene, a lesser known fact is that Lancool is actually a subsidiary of Lian Li. Where as every case that is released under the Lian Li banner will be all aluminium the Lancools are steel. Steel generally means a lower price case, and the Lancools generally are a fair bit cheaper than its rival Lian Li model.

An introduction is probably the most difficult part of the review to write, trying to find some waffle about the company or the product without giving too much away is hard. At the end of the day we are all here to find out if Lancool can build a budget case but still meeting the standards we expect from a Lian Li.

The K62 is exclusively available from Case King one of the largest etailers and distributors in Europe.

Here are some specifications I took from the Case King website for those among you that want to read them.

Lets whip over the page for a look.

VonBlade
Surprisingly good looking. Sure it's darn red, but with a mobo on it if you want a Black and Red PC you're half way there alreadyQuote

Colossous
Yup - pretty good looking out of the box to be fair.Quote

a8875624
£95 is a little steep for a steel mid tower case, but I suppose the tool-less interface almost makes up for it.Quote

daniSAUR
If there were watercooling opportunities inside the case I'd say the £95 would be worth it. It's a pity, it's a lovely looking case!

tinytomlogan
What you all need to remember is there is only so much you can cram in to a small chassis. They could have made the top bigger for water but it would have been ugly.

This is a very well made case, and with the red rather than plain old black its worth EVERY penny. If it had water support it would be worth £20 more imhoQuote
Reply