The Phalanx will accept coolers up to 160mm in height, which means that although we've popped in our usual Havik 120, the glass side panel won't actually close.  there's not a lot in it, but it won't.  A few years back we'd be slating the Phalanx for not accepting such a nominal height tower cooler, but these days, with AIOs being both affordable and capable of impressive performance, we think it unlikely that many are going to buy the phalanx with a view to putting in a tower cooler.  Especially when you take into account this case's very credible water cooling credentials. 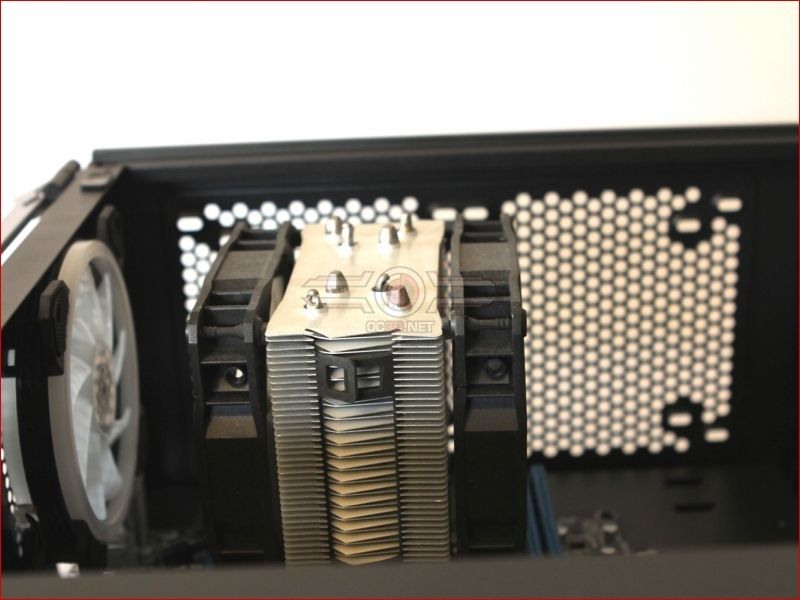 Water cooling you say...What of it...  Well, the front of the case is able to accept a 360mm rad up to 35mm thick, thanks to the recess in the false floor leading into the base section. 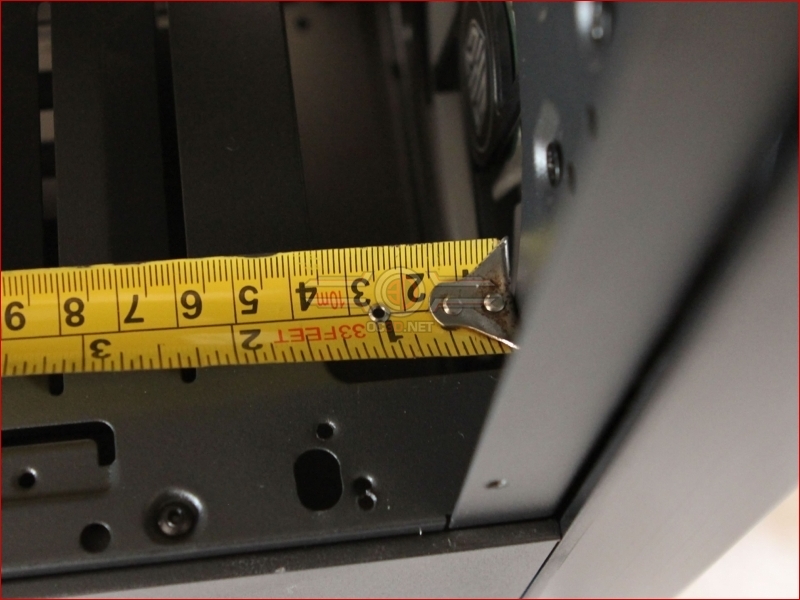 Plenty of room for a 360mm rad with the included front fans in a blow configuration. 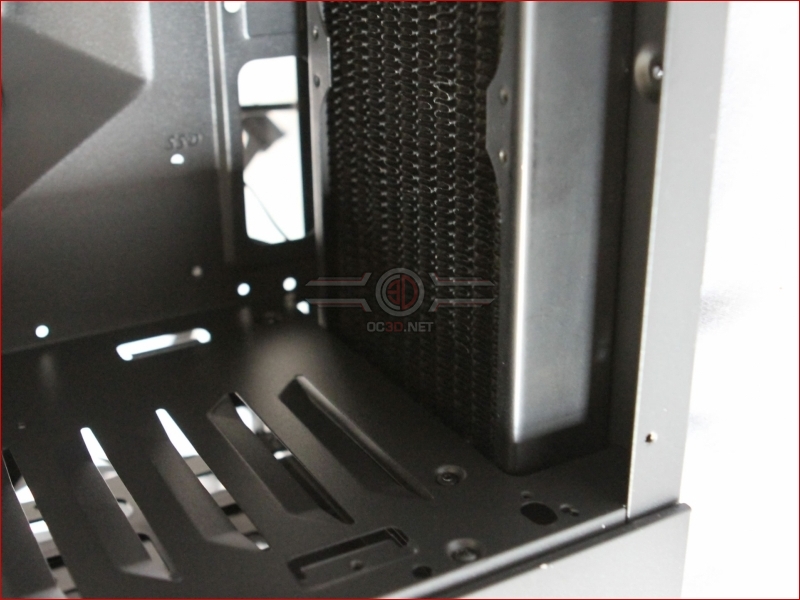 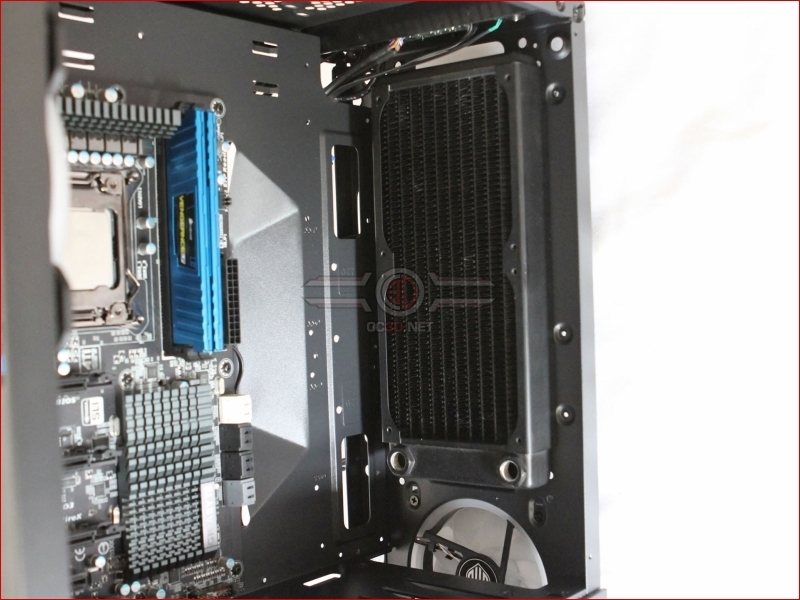 If you don't want to utilise this base area, then you can opt for a 240mm rad.  There's a total of 145mm of room of offer here, but you will have to trade some of this against your mobo selection, GPU length and cable management desires.  however, with the main fans outboard of the chassis, a 60mm thick rad and a pair of 25mm thick fans will still leave you 50mm before you get to the mobo, so we don't really think space is an issue. 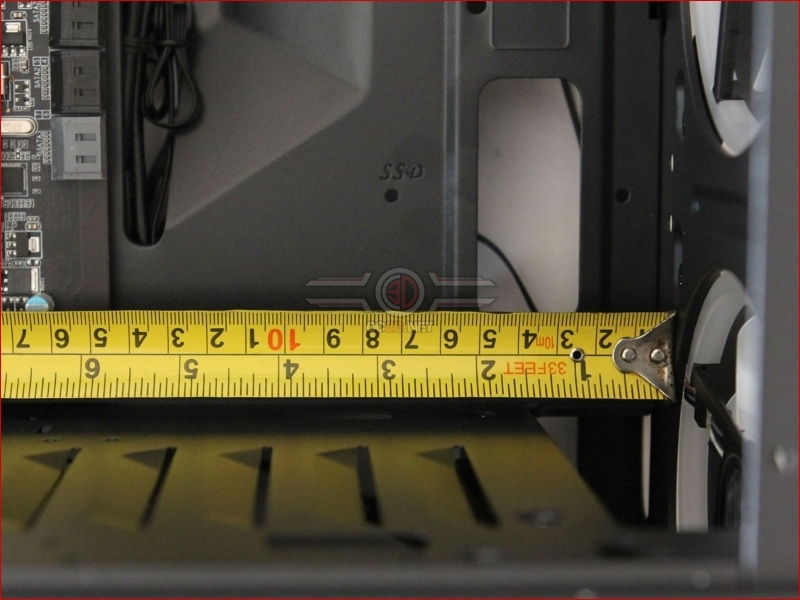 Up in the roof, there's 60mm of space, with the holes for the 120mm fan based rads being off-set, so again, with a bit of fore-thought, we think a dual rad set up is easily on the cards here. 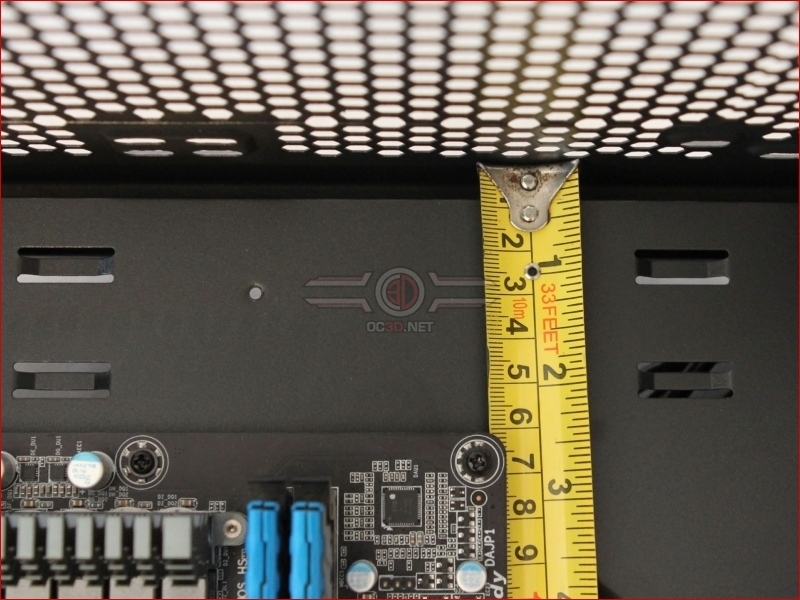 We know it's something of a tired cliche, but this case is something of a TARDIS.  "Bigger on the inside".  seriously, this case doesn't look that big, but so well have Kolink made use of the interior that it looks like a massive Full ATX case once it's got a motherboard inside it. 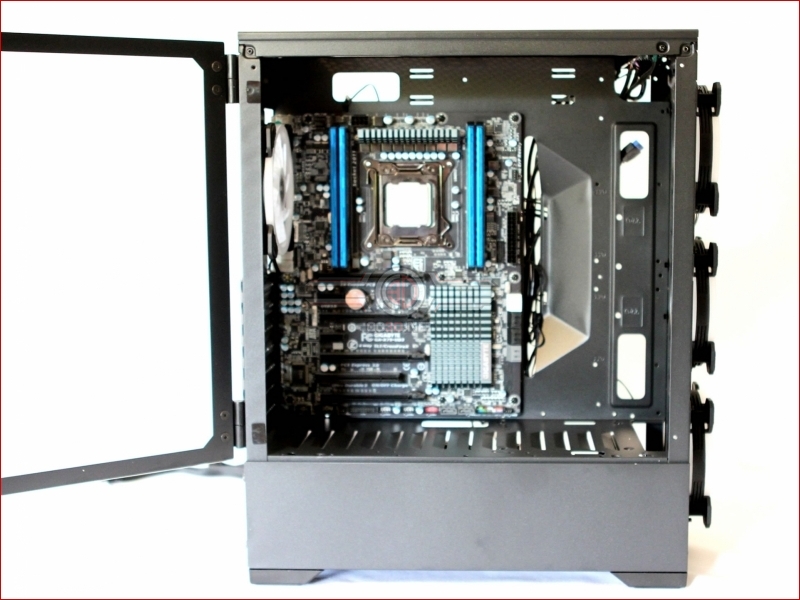