God I love Suicide doors on a case, so reminiscent of some of the best Americana classic cars.  The only problem with having them on PC cases though is that they can occasionally crumple your ability when you're trying to do a system build, or place the case in any position other than upright.  Not so the Kolink, as this suicide door can be lifted of vertically and placed carefully to one side, allowing you to coerce the case into as many OC3D karma suture positions as are required during a build. 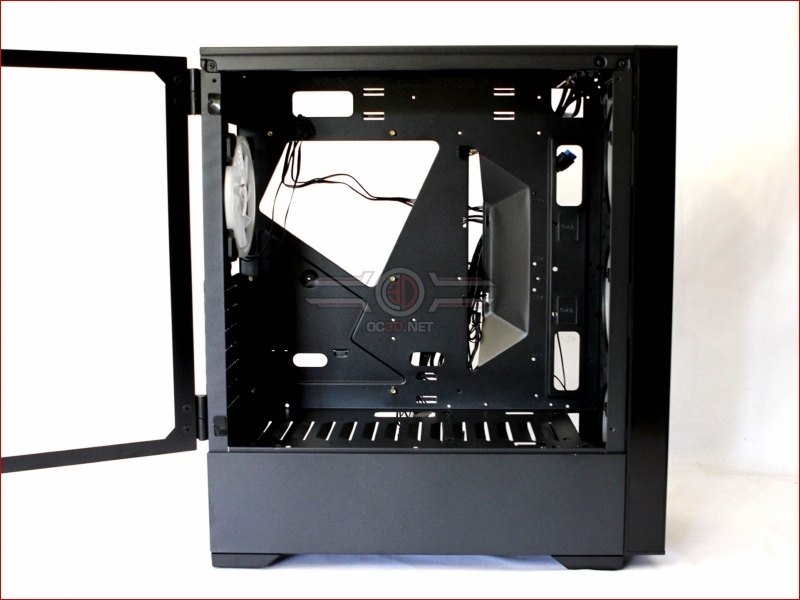 Although there are plenty of perfectly positioned cable management holes, we have to say that we're rather disappointed that none of them are rubber grommeted.  That said, the main 24pin atx cable hole is stealthily done, and at the end of the day we understand that the inclusion of the grommets would have increased the baseline price of this case, so all things considered...Fair enough. 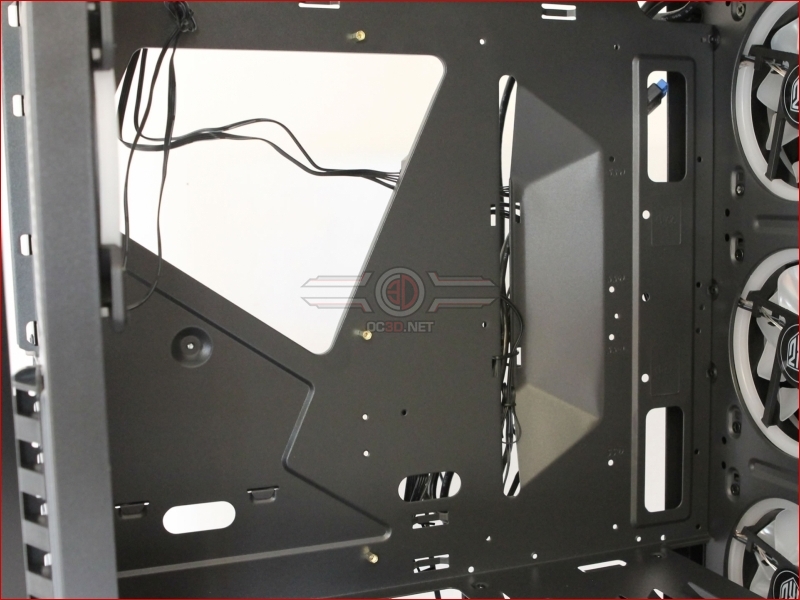 A shot of the front I/O from underneath.  Why is this important?  Well it shows us that the front I/O is captive to the case as opposed to the front panel, which makes the build much easier, and cleaning the front filter a piece of piddle 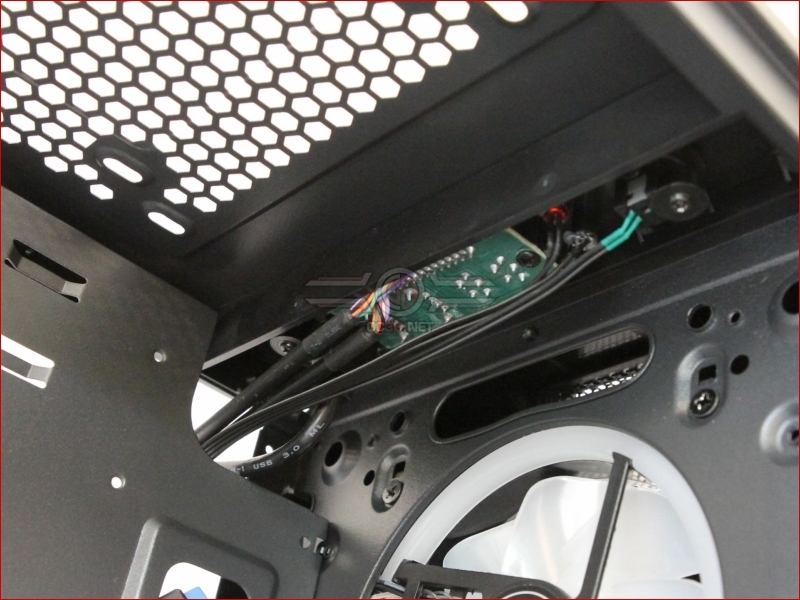 The ventilated base of the interior is raised to cover the PSU and unsightly wiring.  Of note is that there's a gap at the front to enable 360mm rads to be accommodated.  Again, it would have been nice to have a blanking panel to cover this if not needed, but again this detail would impact on price. 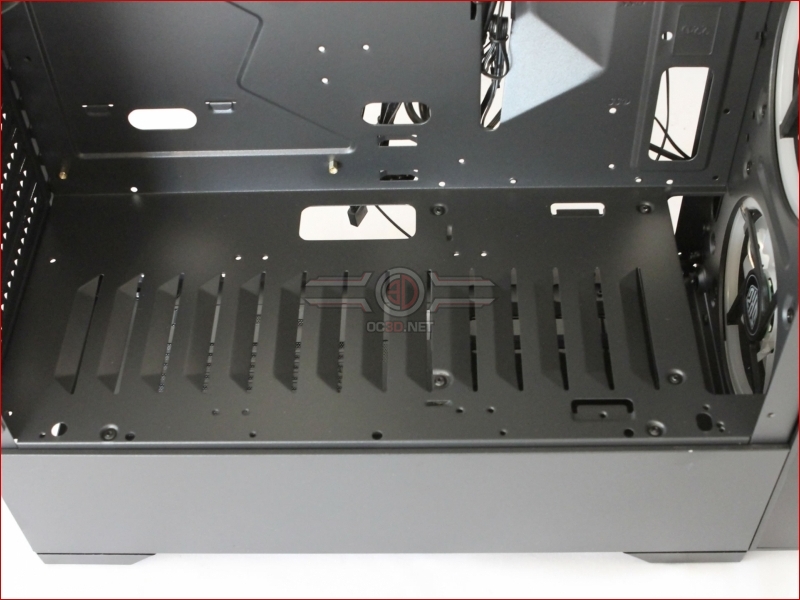 Ok so this is one of the oddest things about the Phalanx.  It's not necessarily a problem, it's just odd. The 120mm DRGB fan that you can see appears to be mounted in a slot that really looks like it's meant for an 80mm fan.  Now, there's one of two reasons for this.  The first is that that Kolink are trying to keep the overall width down, and the second being that this element of the chassis has actually been grafted in from another OEM case to keep the overall costs down.  Either way, there's plenty of ventilation at the top of the case so we don't see it being an issue. 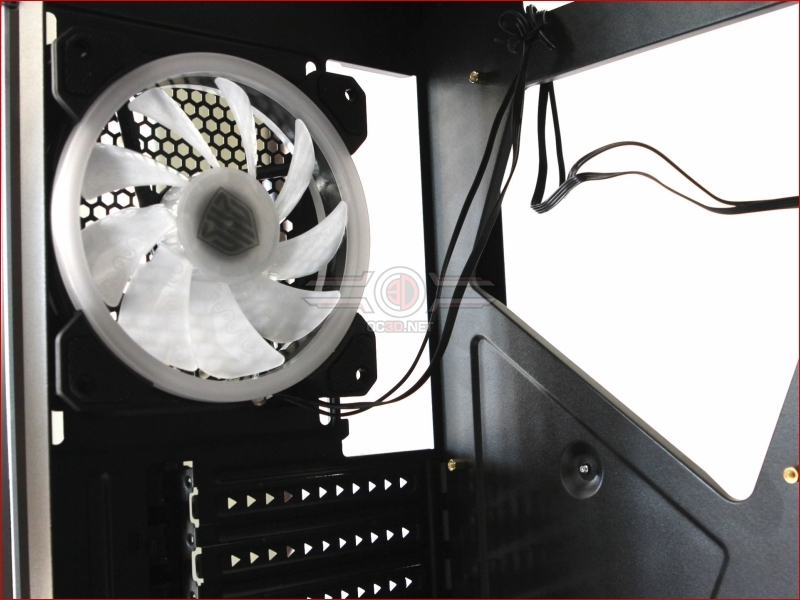