Kilonk's Big Chungus case ships with five addressable RGB fans, which are 120mm in size. At stock, all of these fans are controlled using Kolink's proprietary fan controller. The advantage of this is that this solution allows for RGB control without software controls, making your system's lighting operable using the case's included remote control.

You can choose to control your fans using a 3-pin Addressable RGB connection on any compatible motherboard for software control. Remote control options can be restored using the controller's RC/MB button, which makes Kolink's system very versatile.

Sadly, Kolink's controller doesn't support additional Kilink fans, which means that users of this case must use another fan supplier to fill the other five 120mm fan mounts on the Big Chungus. This means that full RGB control for this enclosure, when every fan slot is occupied, is only possible using compatible RGB motherboards or multiple fan controllers. 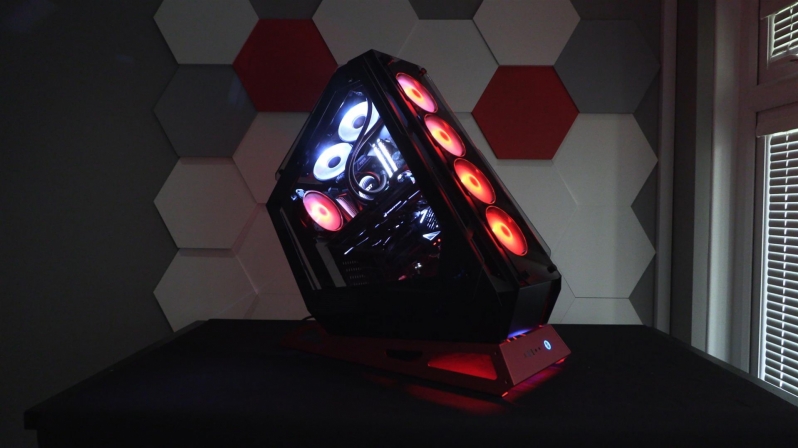 The Kolink Big Chungus has a big flaw, one which we are baffled by. This case features no fan speed control options, forcing the case's stock Kolink fans to run at a set speed at all times.

Looking at the case's remote, you can see S+ and S- buttons (fan speed buttons?), but these buttons do nothing. Future iterations of the Big Chungus may address this issue, but as it stands, the Big Chungus only supports a fixed fan speed, with no options for fan speed control.

With Kolink's fans featuring a proprietary 6-pin connector, we cannot even use fan speed resistors to slow them down. While these fans aren't loud, they aren't silent either, and neither do they produce a lot of airflow. They would be fine when liquid cooling with an oversized radiator, but they are far from ideal.

In 2020, a case with an integrated fan controller shouldn't exclude fan speed options. As it stands, the Big Chungus' fans are all flash and little airflow. 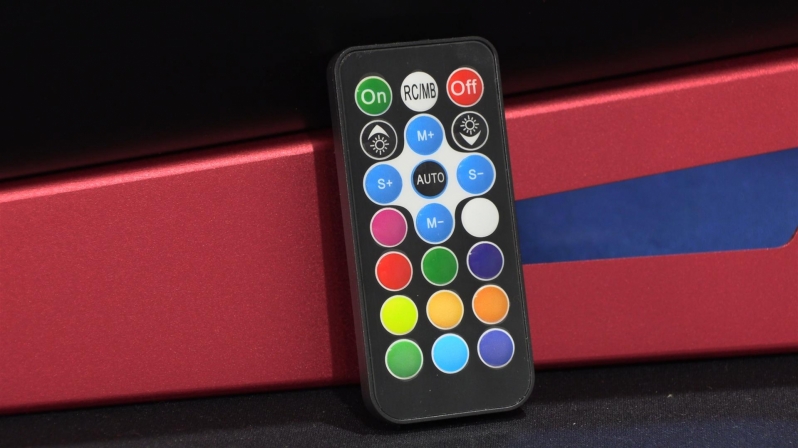 Bartacus
Oh but it's not just Chungus, it's BIG Chungus, like Chungus was too small for you.

WYP
Quote:
I want to see an ITX version, a Little Chungus.Quote

Yeah the name is bad. Sounds like fungus of the bellend.Quote

WYP
Quote:
Well, it is a meme name. The whole point is that it gets attention.Quote
Reply