All Cryorig products come with a sealed warrently card which gives details of how to proceed should you have a problem.  It is though nice to see that they give a few pointers on the box closure tabs. 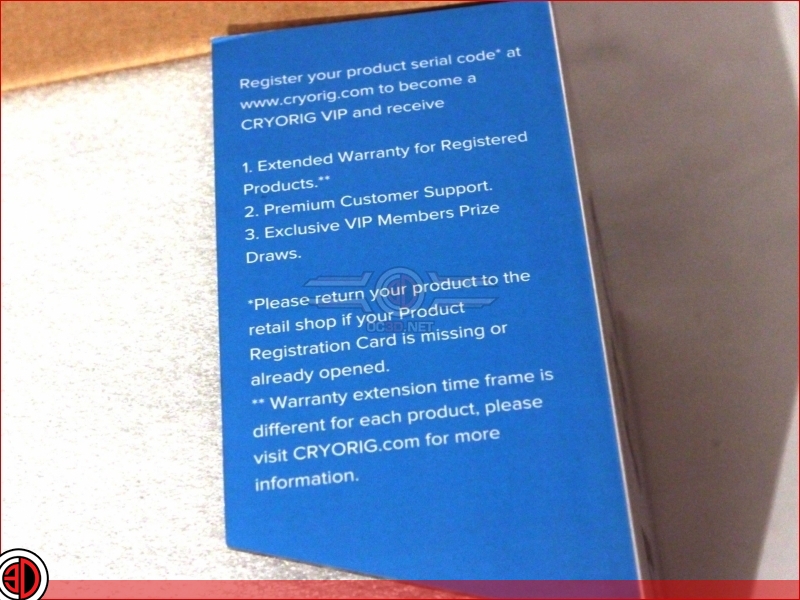 At 311mm long, 27.5mm thick, and sporting two 140mm 1850rpm fans the A80 is most definitely the daddy of all Cryorigs.  In all other respects it's very similar to the other coolers in the Cryorig range, being very well put together and imbuing the owner with a sense of quality. 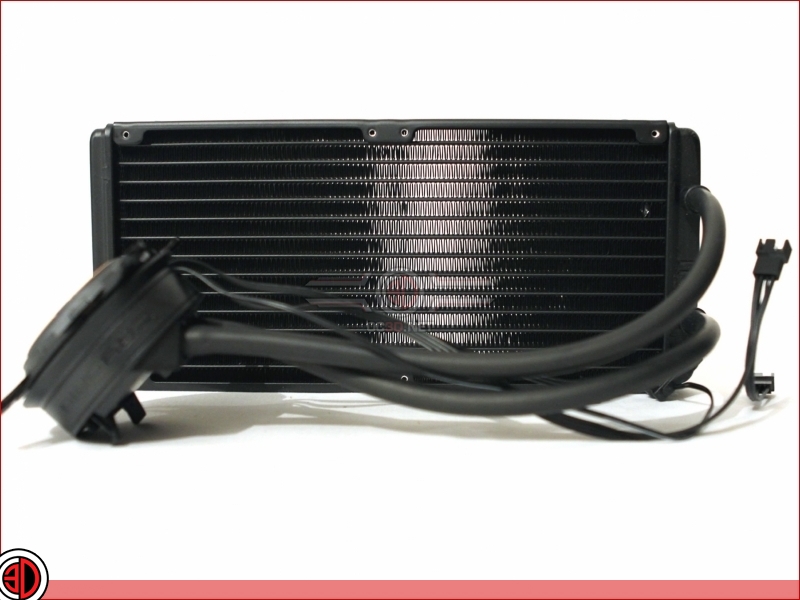 For some reason we're really quite taken with the cold head and pump assembly on the Cryorig coolers.  Having tried to put our finger on it, all we can think is that it has a certain "iron Man" appearance to it. 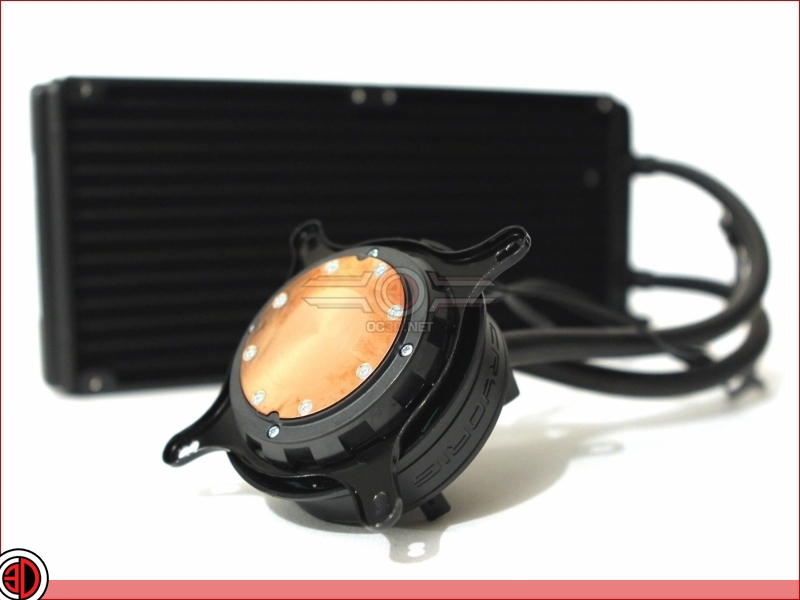 The increased width of the rad over that of a 240mm fan based cooler sees the water channel count rise to 13, while the fin count remains at 21FPI. 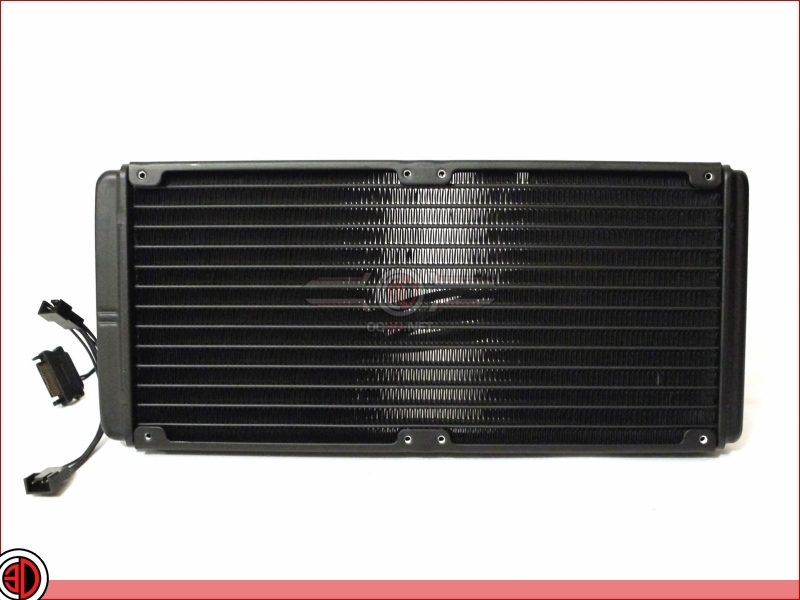 It's quite tricky to mount the airflow fan to the pump assembly, and even harder to fit the fan power lead if you've forgotten to do it first.  The 3000rpm fan can actually be fitted as push or pull, and is designed to enforce cooling to those components around the motherboard that may get a little starved of air in an AIO build.  The theory is that although this may not improve the cooling of the CPU, it will add stability and longevity to the near CPU components. 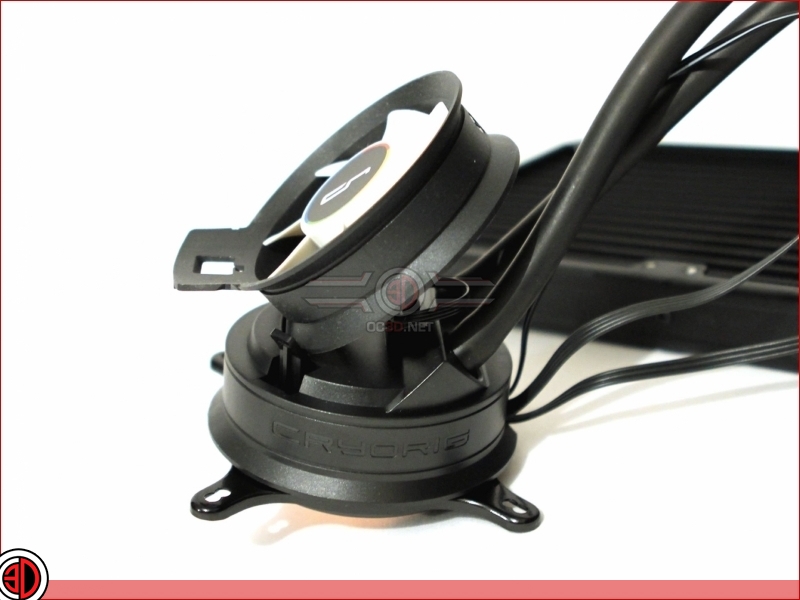 Another visit from Mr Heath and his friend Mr Robinson was called for to get the A80 into the roof of the test case.  Owing to its length it doesn't actually fit, but as you can see it's in well enough for us to test its performance.  We've got the Airflow fan fitted in push configuration, but to be honest this is counter to the through case airflow so may be better mounted in pull. 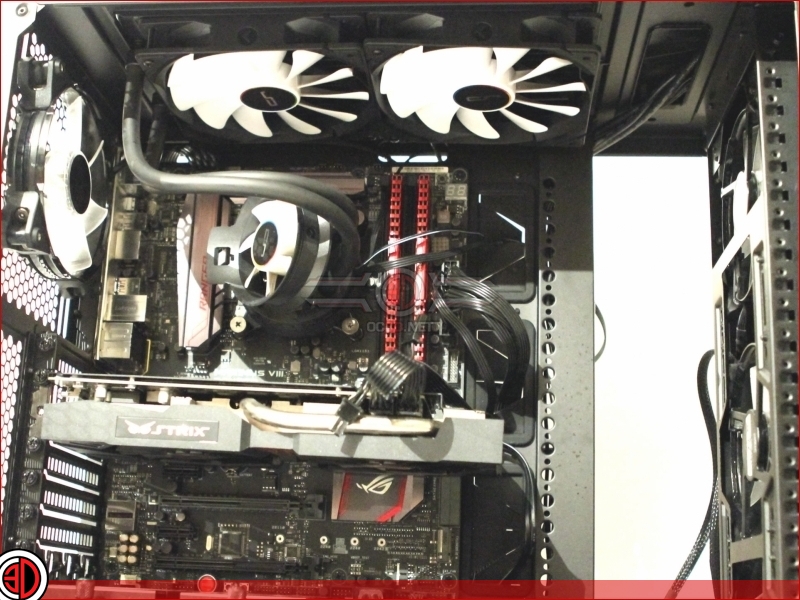 tinytomlogan
Quote:
Not in this round up no. NZXT failed a bit.Quote

dwatterworth
Amazing amount of in depth analysis and explanation fellows, as always, thank you for not only presenting detailed and thorough information but explaining the points you make and why certain aspects/elements are more effective.

Great to see Cryorig putting up great figures. Seems like all of their offerings are at least solid, if not phenomenal, especially for the value.Quote
Reply