Traditionally we'd start off with an image of our Havik 120 tower cooler in the case to show the limits and proportions of the case with regards to the cooler.  As this case comes with an integrated AIO it would be kinda daft to buy it, rip out the AIO and replace it with a tower cooler.  Should you so desire though, be assured that it will in fact take coolers up to 160mm tall. 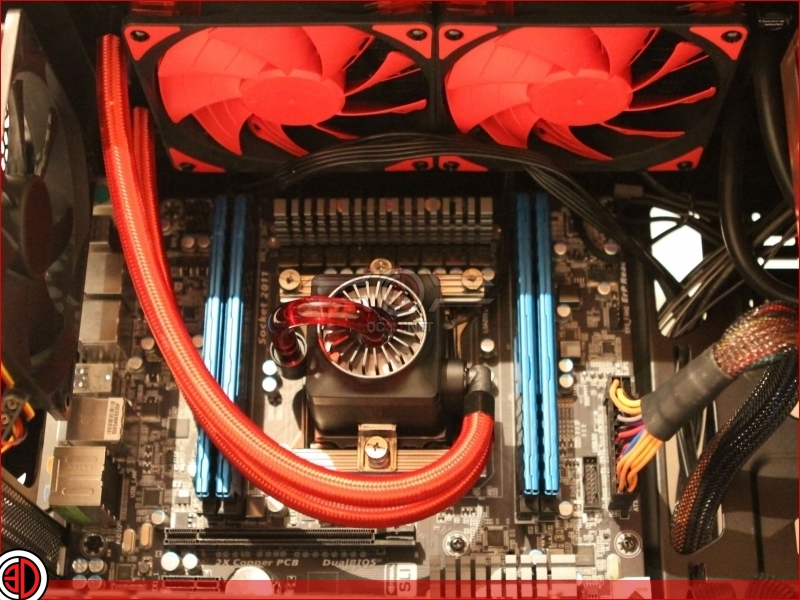 We actually quite like the red, and the semi Steam punk appearance of the cold plate/pump assembly.  It might not be to all tastes, but it's each to their own as they say. 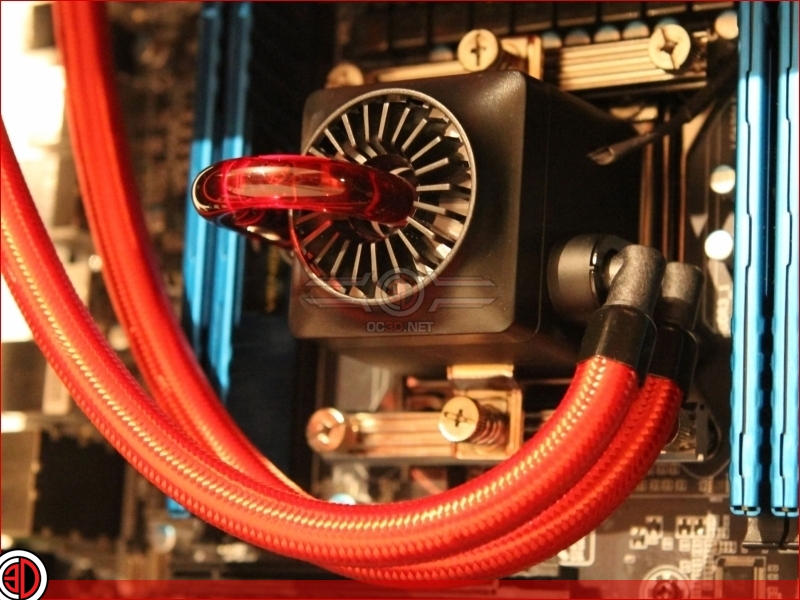 We thought the fans were also worth a mention, as they're far from being cheap OEM units often seen on AIOs. 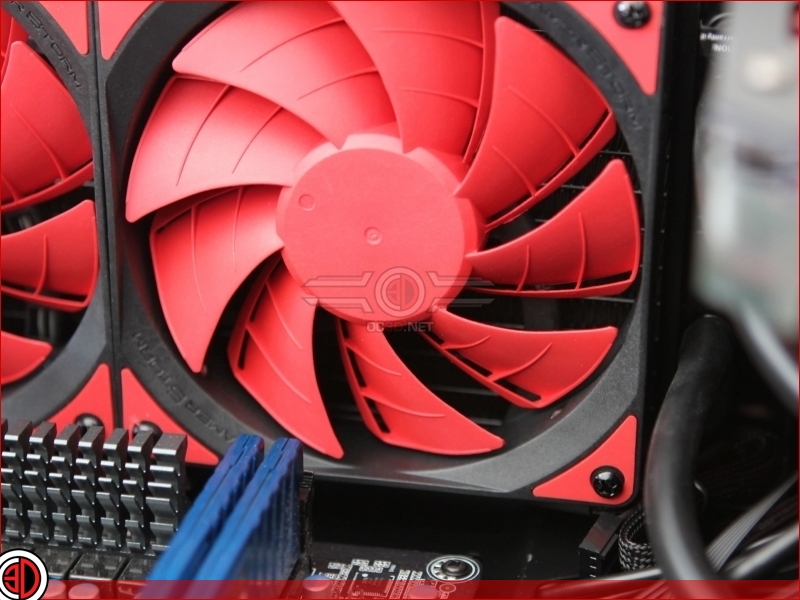