So here we have it, the Gamer Storm Dukase Liquid case.  At first view you wouldn't know there was anything special about it.  It's exterior styling is simplistic and slightly industrial in nature with angular edges and vented rebates.  The left hand side of the case is a single piece acrylic panel that is secured by four thumb bolts, one at each corner. 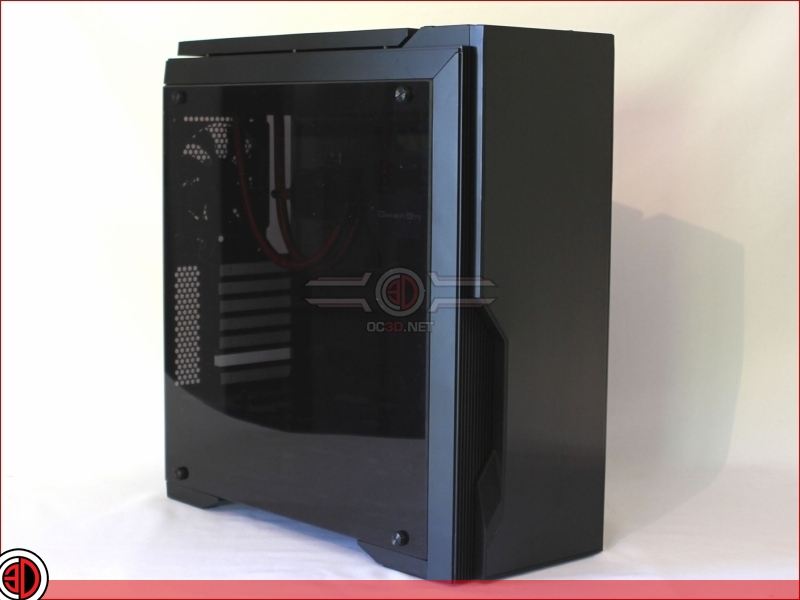 The right hand side case panel bilges out slightly, and as you can see, our has been a little damaged in transit. 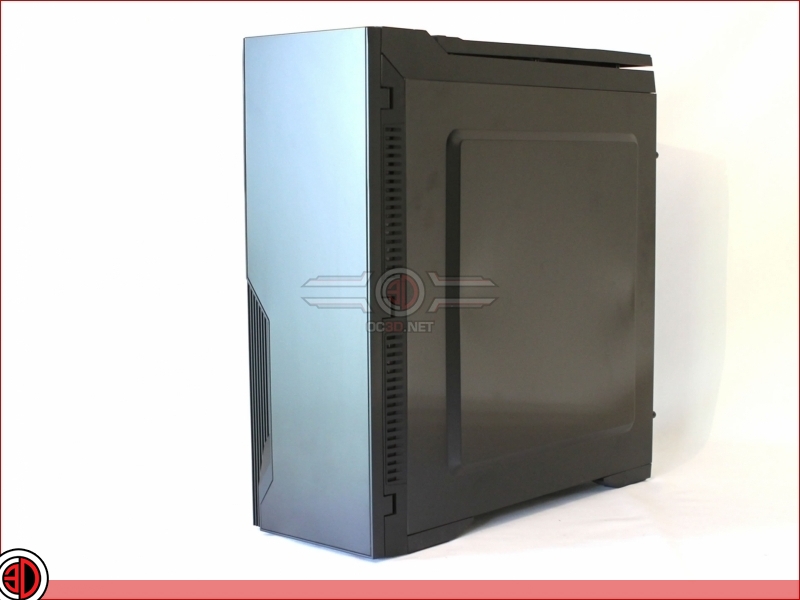 The roof of the case is flat, with only the side are being openly vented.  It is though slightly stood off from the main case body to allow for ventilation. 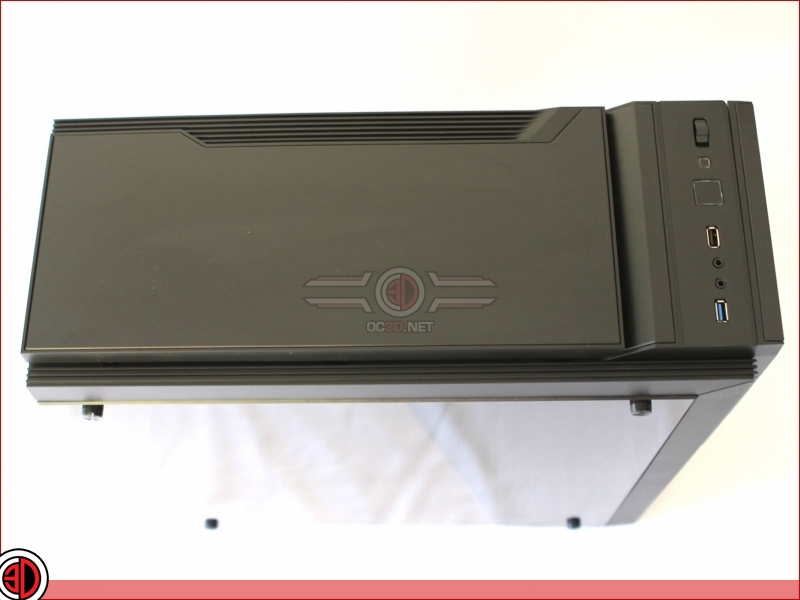 With this top panel removed we get the first clue that this is no ordinary case, for underneath we spy a 240mm radiator!  The roof of the case also took a hit in transit, so if you look at the slotted mount in the top right hand corner you'll see that the plastic insert has been smashed out.  This should be relatively easy to fix with a little super glue though. 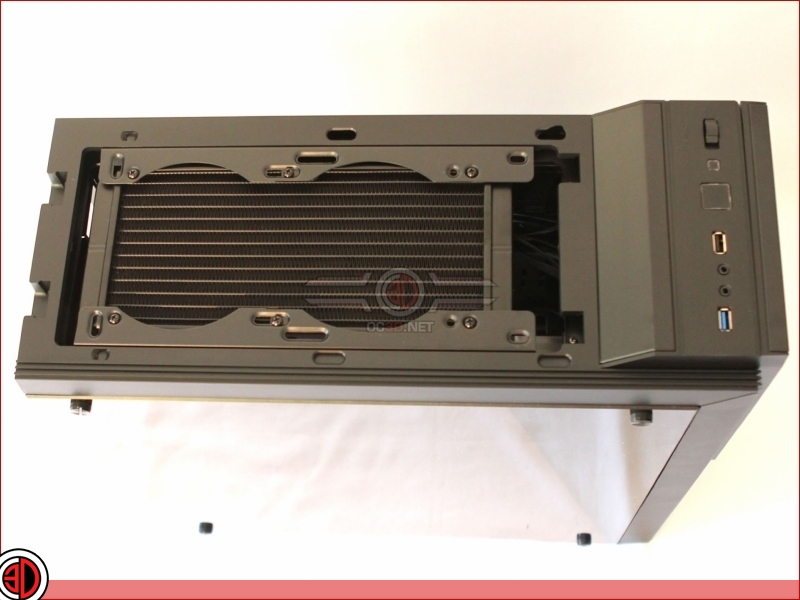 The front I/O has a single USB 3.0 and 2.0 as well as Audio in/out.  Along with the power and reset, there's also a three speed fan controller. 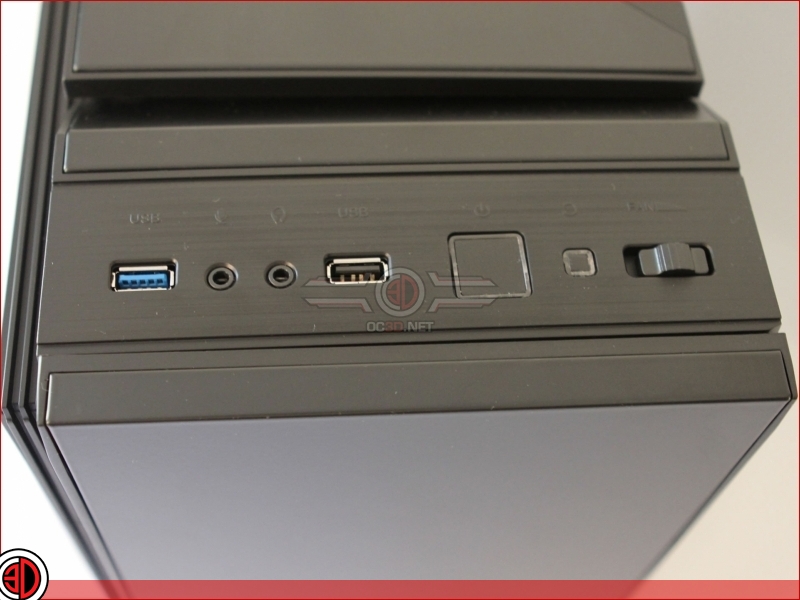 The front of the case has simple industrial lines.  It is also noticeable bereft of any badge or Logo.  Should you want to add one, there's a little treat in the accessories bag for you. 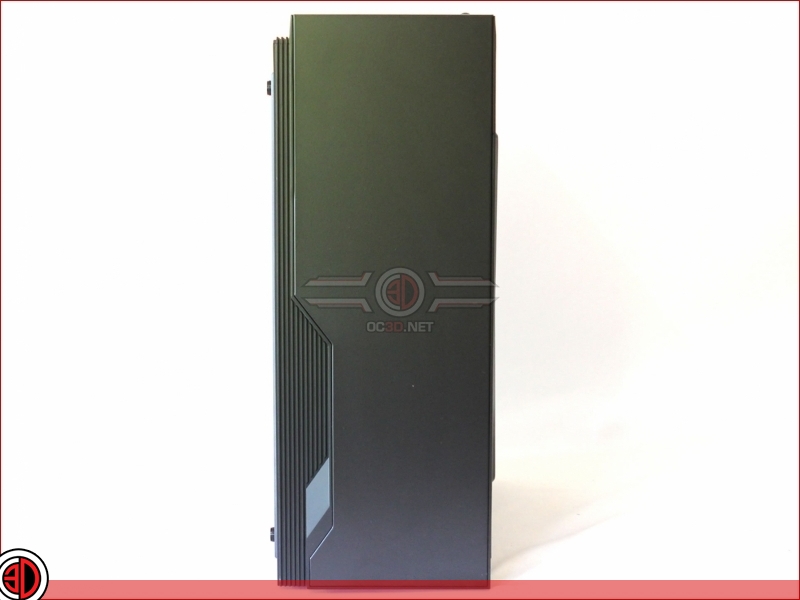 The front of the case is hinged and opens to the right to reveal something we weren't really expecting to see.  The tech spec says that there aren't any 5.25" bays, but looky here, we have blanks for two of them, along with, and this is really hard to grasp, an external 3.5" bay.  Floppy drive anyone???  We get the feeling that Gamer Storm may have used an off the shelf OEM front panel and added their opening door to it.  Nothing unusual in itself, a lot of companies do that, but it maybe not with designs that are this far out of date. 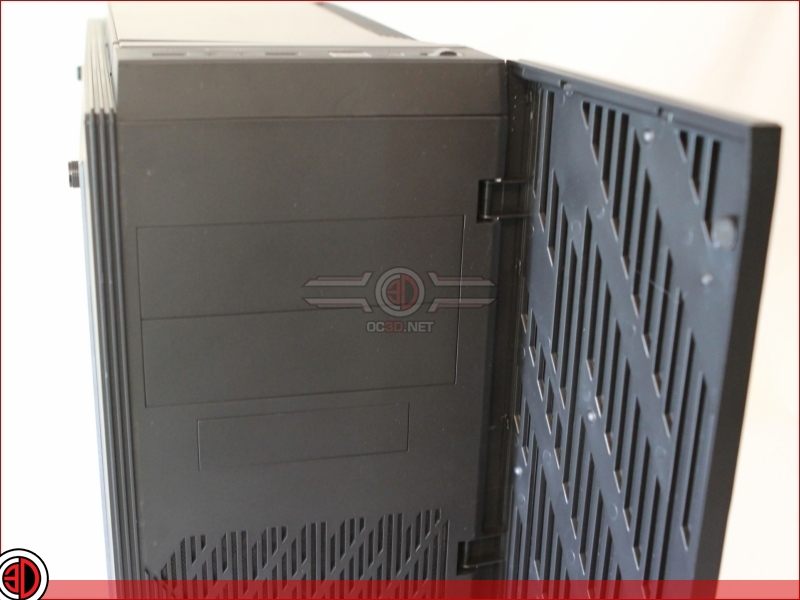 The rear of the case is a pretty standard ATX affair, although there are a few oddities which agin suggest that this chassis has been taken from quite old stock.  First up is the fact that although it offers a 120mm fan mounted, it has mounting points for a 90mm fan also, oh, and punch outs for external watercooling.  Sooo, your selling a case that has a built in 240mm AIO, and your putting into a chassis that allows for external watercooling??? 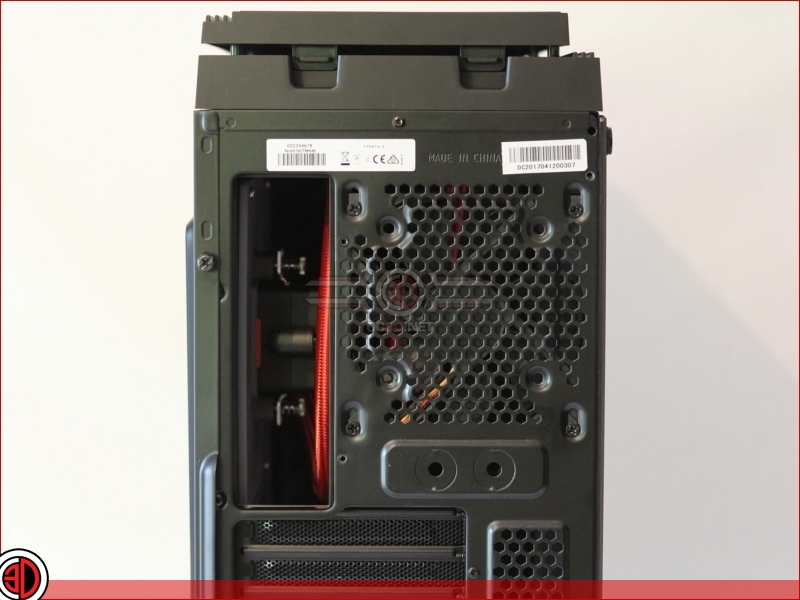 At the bottom end we have seven vented PCI slots.  Well actually we have six, as one of them appears to be MIA.  Now, we suspect this case has taken a tumble somewhere along it's travels, but no tumble would be strong enough to unscrew a thumb bolt.  I guess we'll find it, and the missing vented cover as we delve into the interior.  Right at the bottom there's the PCI cut out.  From the configuration, it looks like the PSU will be slotted in from the rear of motherboard side. 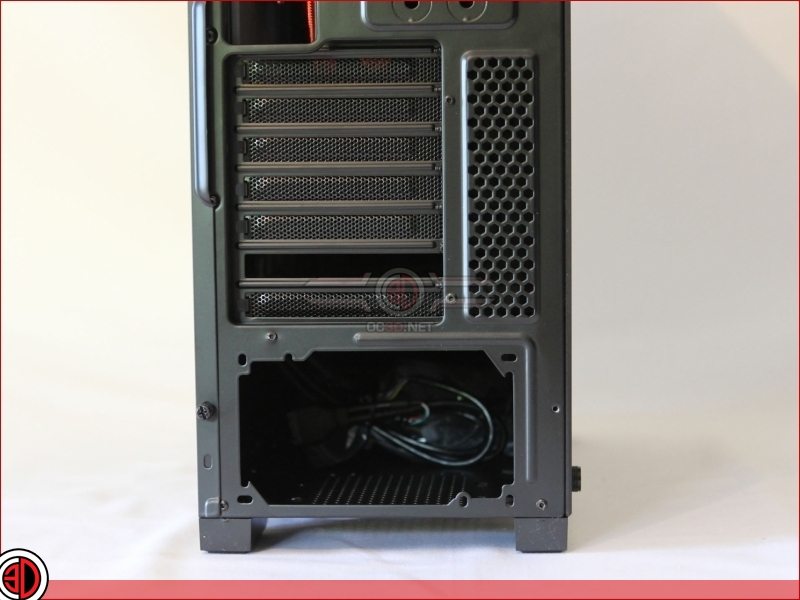 Turning the case over we can see that it sits on four sturdy feet, each of which is covered in a thin rubber pad.  To the rear there's a small ventilation area which serves as the PSU intake, and although it's got a mesh filter it's not the sort that can be easily slid out to the rear, rather the user will have to tip the case over and pry it out from it's eight location points and repeat the exercise in reverse when inserting it. 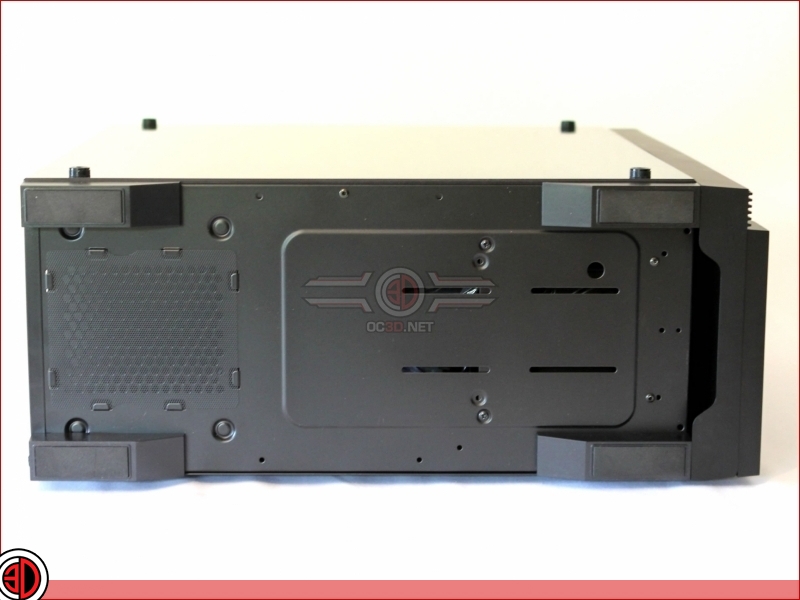