If one word can be used to describe Fractal's Era ITX, it's tiny. The case itself is 166mm wide, 307mm tall and 325mm long, making it amazing that this case has the clearance to fit in liquid cooling, a 295mm long graphics card an ATX power supply that's up to 20mm in length.

While the spatial constraints of this enclosure can be seen as a problem, the same potential downsides plague all ITX cases that aim to deliver high-end PC performance within a compact form factor. Even so, Fractal has been able to work around many of these constraints, and in doing so has managed to create a great looking PC case with its Era ITX. 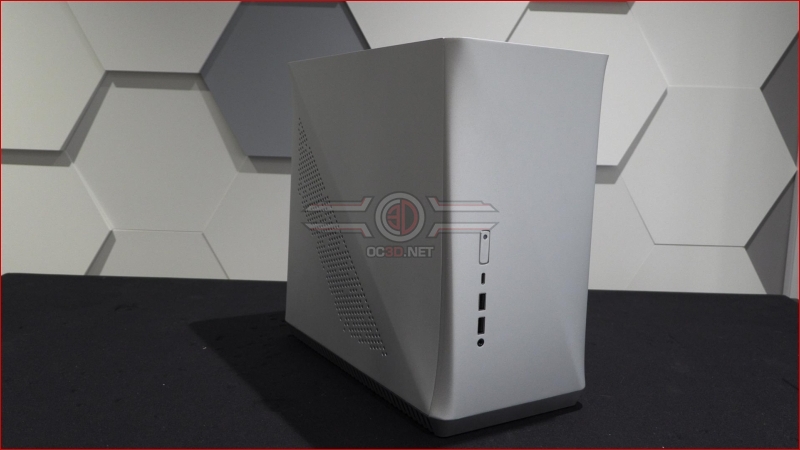 At the rear of the Era ITX, we can see an exclosure design that's similar to most ATX case designs, though it must be remembered that the Era ITX's rear fan is a small 80mm model.

The upsides of this design are obvious, as Fractal isn't forcing its users to utilise fragile PCIe extension cables or work around a case design that's far outside the norm for PC builders. The only major difference is that the power input is placed in an odd location, but this location makes a lot of sense after considering this enclosure's lack of a side panel window. Yes, having a power supply cable here is ugly on the inside, but it makes a lot of sense when it comes to cable management on the outside. 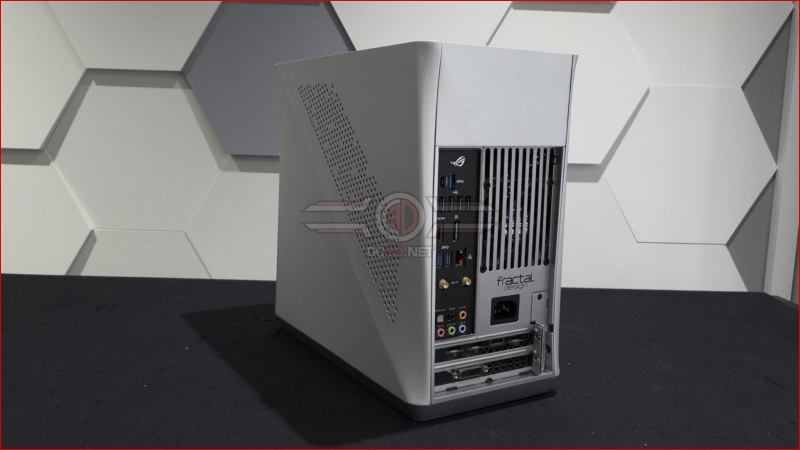 Taking off the Era ITX's side panel, we can see that Era ITX users will need to work hard on their cable management with this enclosure, especially if they use full-sized ATX power supplies.

Cooling-wise, users of the Era ITX will also be heavily restricted, as the case's limited width and rear-mounted 80mm fan will limit this case's users of AIO water cooling or top-down coolers like Noctua's L12 series or OEM coolers like AMD's Wraith series. We used Raijintek's 140mm Pallas cooler for this review, but this heatsink would be a tight fit if we hadn't used an SFX power supply.

We also tried to mount be quiet's Dark Rock TF cooler into this case, but it proved to be too large. This makes careful CPU cooler selection a must for the Fractal Era ITX. 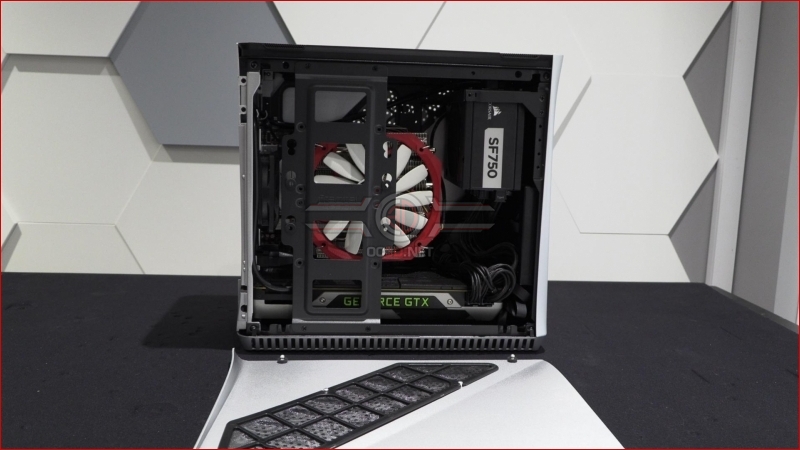 GPU-wise, Fractal's Era ITX supports cards that are up to 295mm in length, or 190mm if used with a large ATX power supply and a top-mounted 120mm radiator.

Below you will see that our GTX 980 (which is 268mm long) is one of the largest graphics cards that we can comfortably fit into this case. Larger GPUs will require Era ITX users to remove the case's front I/O, giving them more space to fit in their chosen GPU. 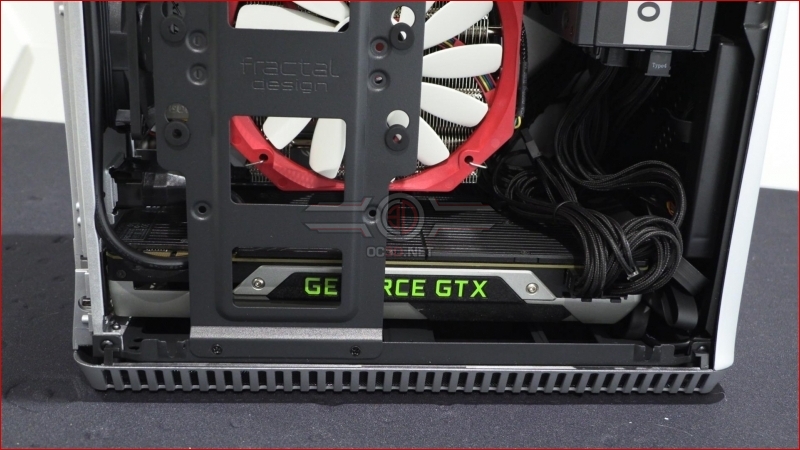 At the top of the Era ITX, users should see a Nylon meshed section which will help keep dust out of the enclosure. All dust filtering in the Era ITX is made using a nylon mesh, offering up to 2x more airflow than standard plastic mesh.

A magnetic top mount for this mesh makes it incredibly easy to remove and clean when necessary. Similar filters are found on the bottom of the Era ITX and on the enclosure's side panels. 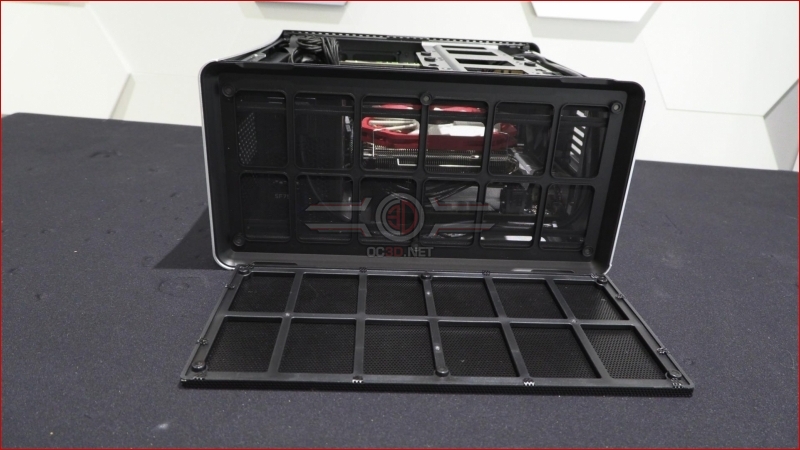 Personally, I would have liked to have seen this Oak Panel option come with some spacers to give the Era ITX a little more room to breathe. While modders can add this option themselves if they wish, it would have been nice to have seen Fractal do this themselves. That said, they did provide a mesh option, which is enough to address the top panel's airflow concerns.

Other versions of the Era ITX come with a tempered glass top panel or a Walnut wood panel, depending on your chosen case colour. 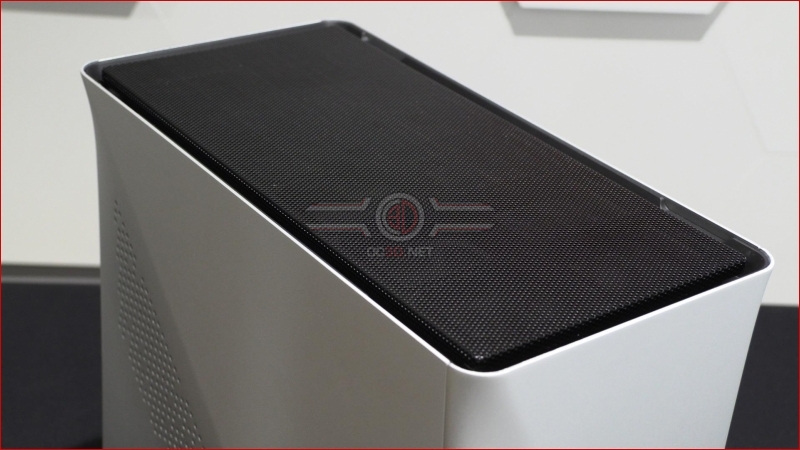 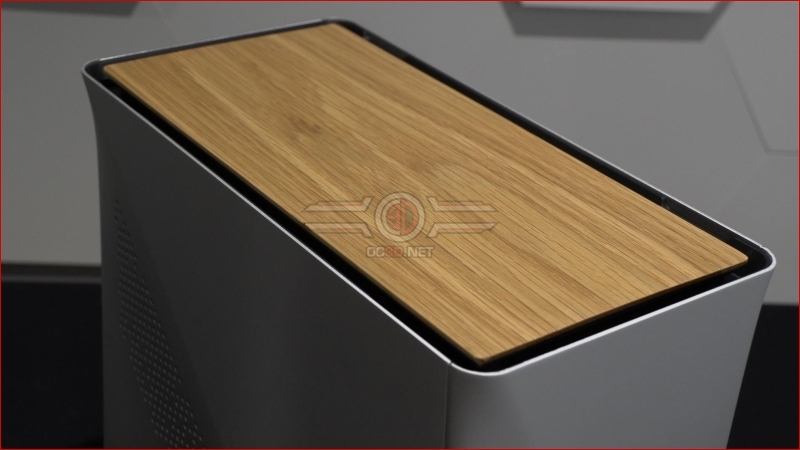 Moving to the base of the Fractal Era ITX, we can see that the bottom of the case only has vents on the side of the enclosure, something which will limit potential air intake.

If given the option, we would have added longer feet to the base of this enclosure and added mesh to the bottom of the chassis. If possible, we would also have found out if it were possible to have a graphics card within this system and a set of 140mm fans, as this could deliver considerable improvements to this ITX case's airflow, even if the 140mm fans were low profile models.

These kinds of limitations are common for ITX case designs, and there is no reason why a skilled modder couldn't open up the bottom of this case to enable more airflow. Fractal's Era ITX design clearly called for a smooth bottom, but we can see this design decision being a huge bugbear for some users.

When using an SFX power supply, Fractal's Era ITX has enough space for a 240mm radiator or dual 120mm radiators, allowing the case to deliver high-end cooling to your CPU or provide 120mm liquid cooling options for both your CPU and graphics card. That said, liquid cooling a graphics card in this case will require long AIO tubing runs and careful tubing routing. 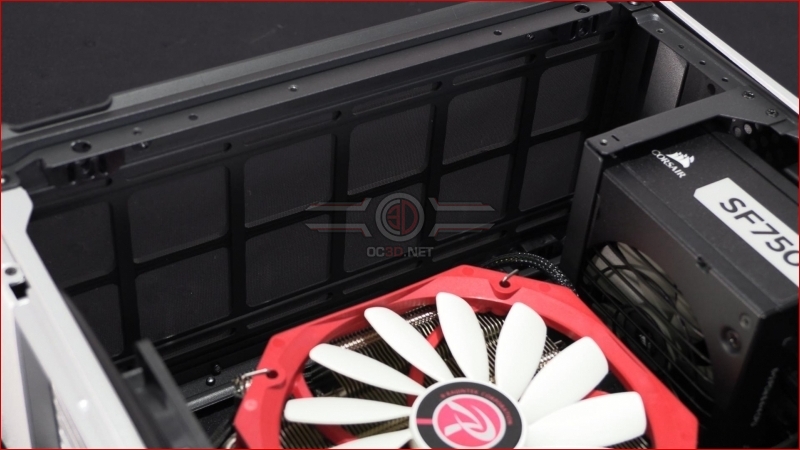 AlienALX
It's gorgeous, but yeah needs that perforated bottom panel. IDK why they didn't do that ffs.Quote

Bartacus
Hardware Canucks ripped it pretty good too. Making sure the bottom can breath apparently helps, but it's not a good design.Quote

AlienALX
Shame because it's beautiful and fairly priced.

I hope they fix this. Ncase and Dan case are so expensive.Quote

NeverBackDown
Ncase isn't much more. You pay for itx you mine as well get it done right.Quote

AlienALX
Yeah I had that wrong. It's the Dan Case and the one with the "hats" that are really expensive. My buddy has an Ncase. I got to have a play with it when we had the LAN night last fall.Quote
Reply